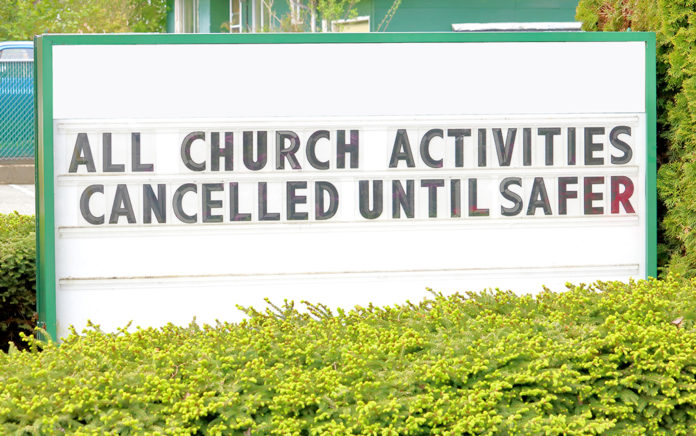 Churchgoers were less likely to be involved in small groups during the pandemic, but many added some digital and individual activities to their discipleship routines.

Fewer churchgoers filled pews and Bible studies during the pandemic, but many still continued personal discipleship habits throughout 2020.

A study by Nashville-based Lifeway Research found U.S. churchgoers were less likely to be involved in small groups during the pandemic, but many added some digital and individual activities to their discipleship routines.

Among those who say their church offered small groups in January 2021, around half (52%) say they were involved either as a leader (5%) or a participant (47%). Slightly less than half of those who had the option of small group participation (48%) chose to not be involved.

“Our research has shown that Christians involved in in-person small group Bible studies and Sunday School classes are more likely to exemplify Christlike behaviors of serving those outside the church, sharing the gospel, volunteering within the church, giving, and investing in spiritual disciplines,” said McConnell. “During the pandemic, far fewer churchgoers benefited from these Bible-focused, relational meetings and only a portion took advantage of online options.”

Discipleship in a pandemic

Pastors became increasingly worried about discipleship within their churches as the COVID-19 pandemic stretched beyond the summer of 2020, according to analysis of a previous Lifeway Research study.

“In nine of these discipleship practices, a majority of churchgoers have participated in the last two years,” said McConnell. “In-person worship and Bible studies saw the greatest declines in frequency, while potential replacements for these saw the greatest increases in participation.”

In many cases, the lack of in-person attendance was replaced with online worship services, as 53% of churchgoers say they participated in more online services in 2020 compared to 2019. Fewer say they did so the same as 2019 (22%) or less (11%).

Around 1 in 5 churchgoers say the pandemic led them to participate in online worship services from another church more in 2020 than in 2019 (21%). The same percentage (21%) say they were involved in those services the same in both years. For almost half of churchgoers (45%) this was not part of their discipleship practices in either year.

Similarly, 45% of churchgoers say they did not participate in worship services on television in either 2019 or 2020. Less than a quarter say they did so more (23%) or the same (22%) when comparing years. Fewer (10%) say they participated less.

For those who participated in Bible studies, some may have moved over to an online alternative, as 23% of U.S. churchgoers say they participated in online Bible studies more in 2020 than 2019. One in 5 (20%) say they were involved the same amount both years. Fewer (13%) say their participation decreased in 2020. Close to half (45%) say those online groups were not part of their practices in either year.

From Outreach Magazine  Jemar Tisby: The Color of Compromise

Listening to Christian podcasts also increased for 15% of U.S. churchgoers in 2020. More than a quarter (27%) say they listened the same amount in 2020 and 2019. Few (9%) listened less. Almost half (48%) say Christian podcast listening was not part of their discipleship practices in either year.

African Americans and Hispanics were also more likely than white churchgoers in most categories to say their participation increased in 2020 compared to 2019.

Despite fewer churchgoers being involved in small groups in 2020 and many discipleship practices decreasing during the pandemic, more than 9 in 10 say they grew closer to God through the events of 2020 (54%) or at least stayed about the same (39%), according to a previous Lifeway Research study.

“Those who were churchgoers before COVID-19 say they are more in-tune with God because of the events of 2020,” said McConnell. “This move reflects what Jesus called the greatest commandment, to love God. During the pandemic, the second greatest command to love your neighbor has often been expressed through social distancing. It will be interesting to see what impact this greater love of God has on relationships with others as those activities restart.”