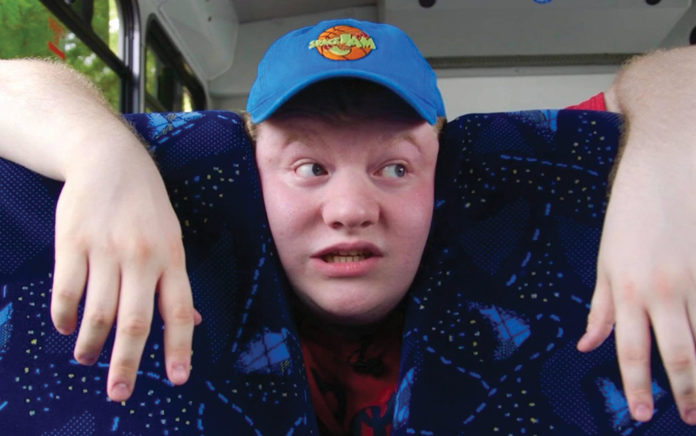 “Eventually, I gave up on trying to be who I thought I should be and started being who God made me to be.”

Taylor Ransom (24) is an emerging comedian and video creator who already has a large following on TikTok, YouTube and Twitch. He is also the host of the Frick Frack podcast. We caught up with him to discuss what drives his creativity and how he’s using his influence to point young people to Christ.

Where are you based?

I am based in Louisville, Kentucky. I always say Louisville is a great place if you love bourbon and horse racing. But I don’t drink, and am more of a cat person. So I should probably buy a time-share somewhere.

How old are you?

I am 24 years old. So just old enough to be an adult, but young enough to not have a real job.

What are your creative outlets and the ways that you uniquely live out your calling from God?

My favorite creative outlets are film production, stand-up comedy and social media content. Through these avenues I can really express myself without the limitations of more traditional methods. And you can reach so many people!

How did you develop your passion for being a comedian and entertainer?

I didn’t. I just started doing comedy based on my Christian upbringing, southern home of Tennessee and whatever other ideas God gave me. As the response from people grew, so did my resolve to hone my craft. Now it’s almost all I think about.

When I first started out, I took a more serious approach to what God led me to do. I felt like for God to use me, I needed to look, sound and communicate like the other people he was already using. So I tried that for a while, but it never really worked, simply because I wasn’t being who God made me to be.

Eventually, I gave up on trying to be who I thought I should be and started being who God made me to be. When that happened, God started creating new things through me, things I wouldn’t have considered before. And when he started to use me in new ways, and I saw the impact it had on my friends and family, I knew I had to keep going. That’s when I knew.

So many wonderful people have reached out to tell me that my comedy has brightened their day, and been something their family can bond over without skipping the bad parts or bleeping out the bad language.

I was extremely blessed to be raised in an environment where a personal relationship with Jesus was the norm. It was not just church on Sunday! Growing up, I thought everyone knew God for themselves. But I found out pretty quickly as I got older that is not the case. Everything I do is with the intention of leading people to the real Jesus, and for them to seek a personal relationship with God.

Proverbs 3:5–6: “Trust in the LORD with all thine heart; and lean not unto thine own understanding. In all thy ways acknowledge him, and he shall direct thy paths.” Anytime I haven’t known what to do in my life, I ask God for guidance. He has never ceased to answer.

From Outreach Magazine  Gene Appel: The Freedom of Focus—Part 1

How do you see your passion interacting with your sense of calling or mission from God?

When I first started focusing on comedy, I kind of felt like I wasn’t doing enough for God. Maybe I should be more serious, and pursue something more “impactful.” But I believe there are people that God can speak to, reach and empower through comedy and entertainment who simply won’t be reached by the Sunday pulpit.

You can’t complain that our popular culture is so carnal and sinful, and then not empower people whom God raises up to change that landscape. It’s sad to say, but I feel in the church we have a tendency to put people in boxes. I really want to empower others who are called to less traditional areas of ministry, that God’s call on them is just as important as his call on anyone else.

Simply listen. So many young leaders long for validation and direction from spiritual leaders they have long looked up to, but because they operate very differently from more mature leaders, can often feel overlooked. Let them ask you questions, and don’t be afraid to be completely honest with them. And who knows, maybe they can answer some questions you have about this rapidly changing world.