Home Resources Study: Half of U.S. Protestant Pastors Hear Conspiracy Theories in Their Own... 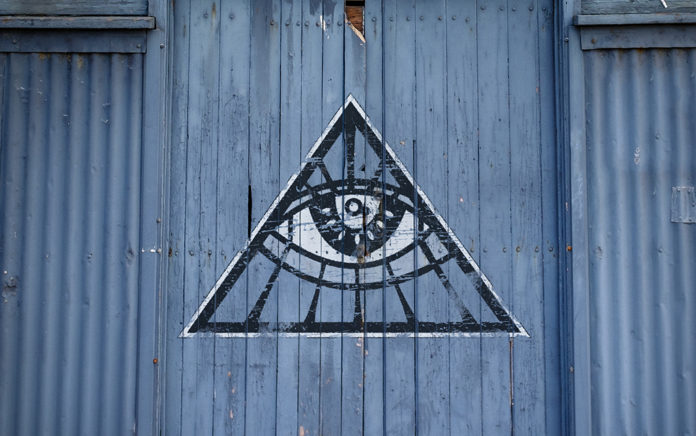 49% of U.S. Protestant pastors say they frequently hear members of their congregation repeating conspiracy theories they have heard about why something is happening in our country.

While Americans have been caught in a whirlwind of conspiracy theories the last several months, many pastors say they hear such unfounded claims from their church members.

A new study from Nashville-based LifeWay Research finds 49% of U.S. Protestant pastors say they frequently hear members of their congregation repeating conspiracy theories they have heard about why something is happening in our country. Around 1 in 8 (13%) strongly agree their congregants are sharing conspiracy theories, defined by Merriam-Webster as “a theory that explains an event or set of circumstances as the result of a secret plot by usually powerful conspirators.”

Another 47% disagree, including 26% who strongly disagree, saying they do not often hear church members sharing such ideas. One in 20 (5%) are not sure.

“Christian churches resolve to be places focused on the truth,” said Scott McConnell, executive director of Lifeway Research. “Yet, half of pastors hear the spread of assumptions about plots often. This is a startling disconnect.”

Pastors of churches with more than 250 in attendance are the most likely to agree (61%). White pastors are also more likely than African American pastors to say they frequently hear their church members repeating conspiracy theories (50% to 36%).

Pastors 65 and older are the most likely to disagree that they hear those ideas in their church (59%) and the least likely to agree (34%).

“While conspiracy theories may be embraced by a minority of churchgoers, the larger the church the more minds and mouths exist to be misled,” said McConnell. “At this time, it appears more of the theories are traveling in politically conservative circles which corresponds to the higher percentages in the churches led by white Protestant pastors.”

For Christian apologist Mary Jo Sharp, the widespread sharing of conspiracy theories within churches is a worrisome trend, as it can reinforce negative stereotypes about Christians and hamper efforts to share the gospel.

“Irresponsibility with information unravels the impact of a Christian’s witness to those in their community, and, with social media, to the broader world,” she said. “The non-Christian may begin to believe or become further ingrained in the culturally popular belief that Christians are anti-intellectual, including anti-science.”

Sharp, author of “Living in Truth: Confident Conversations in a Conflicted Culture,” said, “Christians should always be gospel-forward in how they live their public lives. They are representatives of the kingdom of God.”

Because of this status, she said that before Christians share anything in person or on social media, they should first ask: “How will this affect my ability to share the good news of Jesus Christ?”

“The apostle Paul tells us that, ‘Love does not delight in evil but rejoices with the truth’ (1 Cor. 13:6). I am supposed to delight in knowing, and, therefore, in sharing what is true,” said Sharp. “That is a high calling, but it is the one Christians are called to as followers of the Truth (John 14:6). We are not called to perfection, but to take seriously our representation of Jesus, and the truth of his salvation.”

In a 2019 LifeWay Research study, most Protestant churchgoers (55%) said they had not shared with anyone how to become a Christian in the past six months.

“Before returning to heaven, Jesus appealed to his followers to share what they had seen and heard,” said McConnell. “Passing along these eyewitness accounts of Jesus’ teaching and his death, burial and resurrection is the mission of the church. Instead, many church members are sharing things that might be, could happen or sound possible. One is a firm message of hope, and the other a shaky message of fear.”

This article originally appeared on LifeWayResearch.com and The Exchange and is reposted here by permission.