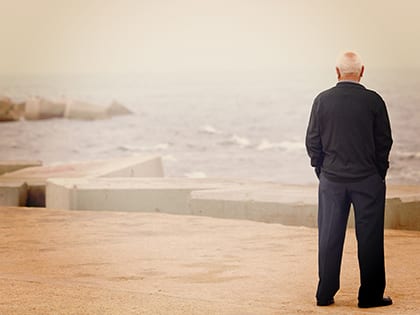 You won’t glean these insights in seminary, but if you take them to heart you can save yourself a lot of ministry headaches.

I’ve been in vocational ministry for over 38 years, and my leadership roles have included my role as singles pastor, discipleship pastor, associate pastor, teaching pastor, church planter and lead pastor. Although I’ve earned two seminary degrees and I appreciate what I learned in seminary, I’ve since learned many key lessons that seminary never taught me. I wish I had known these five key lessons when I began ministry.

1. Silence from your team does not mean they agree with you.

Early on when I’d lead either staff, board or volunteer meetings I tried very hard to sell ideas I was excited about. I would often present the idea in such a way that hindered honest input from the team. I’d enthusiastically share the idea, ask if there were any questions and when none came I assumed everybody agreed. I learned the hard way that silence often did not mean they agreed with my idea. Rather, the team was simply reluctant to share their concerns. Only later would I find out that the idea was not a good one and lacked support. My overbearing “sell job” actually stifled feedback I needed to hear.

2. Collaboration will get you further down the road.

This insight stands as a close cousin to number one. I once thought that to prove my leadership mettle I had to originate all major ministry initiatives and ideas. If someone suggested an idea, although I may have appeared to listen to them, mentally I would often dismiss their idea if it didn’t jibe with mine. Why? Because it didn’t originate with me. I’ve since learned that if I use a collaborative process to determine vision and major objectives, I got more buy-in and in the long run make greater progress.

Most people in our churches don’t spend the hours we do in thinking about church ministry. Because we spend so much more time thinking on these issues, I often fell into a subconscious trap assuming that if I felt I was overcommunicating about something, others must feel the same way. I’ve learned since that it’s almost impossible to over-communicate issues like vision, values and core strategies. Although we created banners, bookmarks and cool graphics to communicate our church’s current theme (Unified yet Unique), when I asked our church this past Sunday to quote that simple phrase, few could repeat it. That experience reminded me that although I thought I had communicated it effectively, I still needed to communicate it even more.

4. Others mirror a leader’s emotional temperature.

The term for mirroring another’s response is called emotional contagion. Teams actually ‘catch’ the emotional state of their leaders. Early in ministry I felt that I had the leadership right to get angry, pout, or emotionally cut myself off from others if things didn’t go well. It was being authentic, or so I thought. While not discounting the importance of authenticity, I’ve learned that I must bring a positive and hopeful tone into the office each day. When I experience something painful and it’s appropriate to share it, say in a staff meeting, that sharing builds trust. But if I regularly bring negative emotions into the office, I set up a tone that others often catch and mirror, even though that emotion may have nothing to do with their circumstances. Such negative emotions can hinder a team’s effectiveness.

I’ll never forget my first elder’s meeting almost 30 years ago. I had started a church in the Atlanta, Georgia, area and we had just elected our first slate of elders. I planned the agenda for the first meeting. It was three pages long. I am not kidding. I actually still have memory traces of me racing through the agenda at a breakneck speed so we could check off all the items. The meeting was a flop. I’ve learned that less is more applies not only to meeting agendas but also to sermon prep as well. People in general absorb a few key ideas (or idea) much better than when we use the proverbial fire hose approach.

From Outreach Magazine  3 Reasons Your Change Efforts Could Fail

What key lessons in your ministry do you wish you had known when you started?