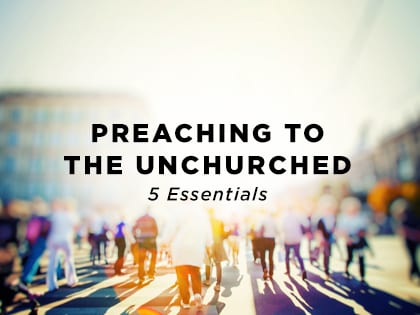 Rick Warren: “In terms of seeing radical life changes in individuals, nothing can take the place of Spirit-anointed preaching.”

In terms of seeing radical life changes in individuals, nothing can take the place of Spirit-anointed preaching. The message is still the most important element of a worship service for the unchurched.

Saddleback Church’s growth—in spite of hot gymnasiums, cold tents and crowded parking—has shown that people will put up with a lot of inconveniences and limitations if the messages are genuinely meeting their needs.

Here are a few tips I tend to share with pastors when they ask about preaching.

1. Provide an outline with the Scriptures written out.

I provide a printed outline of the message with all the Bible verses that will be used—and the verses are fully written out. There are a number of reasons that I do this:

The long-lasting value of a message outline with Scriptures written out continues to amaze me.

Recently, a high school biology teacher told me about how God used an outline in his life. He got a call from his teenage daughter, who had been in a car accident. She was fine, but the car was totaled—and to make matters worse, it was her fault. He went to pick up his daughter, and, while they were waiting for a tow truck, he sat down on the curb and began to think about how irritated he was at his daughter’s reckless behavior.

As he was getting angrier and angrier, he noticed a piece of paper in the gutter. Recognizing it as one of my sermon outlines, he picked it up. The message and Bible verses were on the topic of “Defusing Your Anger.” He now keeps that outline folded in his wallet.

There are so many positive benefits to this method that I never speak without using a handout now.

2. Plan your titles to appeal to the unchurched.

If you scan the church page of your Saturday newspaper, you’ll see that most pastors are not attempting to attract the unchurched with their sermon titles. I sometimes peruse the Los Angeles Times to see what churches are announcing as the sermon titles for Sunday. Here are a few I’ve collected:

Do any of these titles make you want to hop out of bed and rush to church? Would any of them appeal to an unchurched person scanning the paper? Why waste money advertising titles like these?

Now, granted, I’ve been criticized for using sermon titles for our worship service that sound like Reader’s Digest articles. But that’s intentional!

Reader’s Digest is popular because its articles appeal to human needs, hurts and interests. People are interested in knowing how to change their lives. Jesus said, “Yes, worldly people are smarter with their own kind than spiritual people are” (Luke 16:8). They understand what captures attention.

Jesus expects us to be just as perceptive and strategic in our evangelism: “I am sending you out like sheep among wolves. Therefore be as shrewd as snakes and as innocent as doves” (Mark 10:16).

My sermon titles aren’t intended to impress members of other churches. In fact, if you judged Saddleback on the basis of sermon titles, you might conclude that we’re pretty shallow.

But Christians aren’t our target. We’re not shallow; we’re being strategic. Beneath those “recipe” sermon titles is hardcore gospel. Misunderstanding by other Christians is a small price to pay for winning thousands to Christ.

3. Systematically preach in a series.

A sermon series creates anticipation. A series can take advantage of word-of-mouth advertising. People know exactly where you’re going and can plan to bring friends on particular weeks when you announce your titles in advance.

I always announce a new series on days we expect a lot of visitors, like Easter. It creates a hook that brings many first-time visitors back for Part 2 the next week.

I think the best length for a series is four to eight weeks. Anything longer than eight weeks causes your congregation to lose interest. People begin to wonder if you know about anything else. I heard of a woman who complained, “My pastor has been preaching through Daniel 70 weeks longer than Daniel!”

From Outreach Magazine  The Power of Small Church Outreach

4. Be consistent in your preaching style.

You cannot switch back and forth between targeting nonbelievers and believers in the same services. All it takes is one time for members to bring a spiritually lost person and get “burned” for them to quit bringing their friend.

For example, don’t follow up a series on “Managing Stress” with “Expository Gems from Leviticus.” Don’t follow a series on “What God Thinks About Sex” with “Unmasking the Beast in Revelation.” You’ll create confused members, and no one will know when it’s safe to bring unchurched friends.

I’m not saying you can’t preach on Christian-growth themes. I believe you can, and I do. I love to teach theology and doctrine to the unchurched without telling them what it is and without using religious terminology.

When you do a series on some aspect of spiritual maturity, you must communicate it in a way that still connects theology to the needs of unbelievers.

We don’t use many guest speakers anymore because I’ve put together a preaching team on our pastoral staff that shares the load with me. The advantage of using our own staff is that they know the people, love the people and, more importantly, know the style of preaching we’re trying to maintain.

All it takes is one offbeat guest speaker and you can lose people you’ve been cultivating for months. When the unchurched are burned, it’s extremely difficult to get them back. Just when they are getting comfortable and lowering their defenses, some guest speaker comes along and blows them out of the water. It confirms their worst suspicions about the church.

We have canceled speakers after the first service when they didn’t match our beliefs or style. Once I was away on vacation, and we had a well-known Christian speaker to fill in for me. Unfortunately, his message was that God wanted every Christian to get rich.

After the first service, my associate pastors confronted him and said, “Thank you, but we won’t be using you in the next three services!” My youth pastor pulled out an old message and replaced him. Pastors must protect their flocks from heresy.

May God anoint your preaching this week! 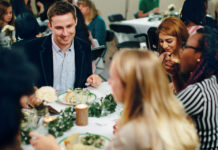 Focus on One House 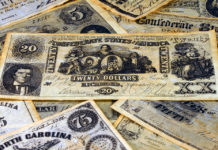 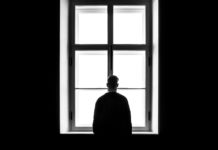 Helpful Reminders for Dealing With Loneliness