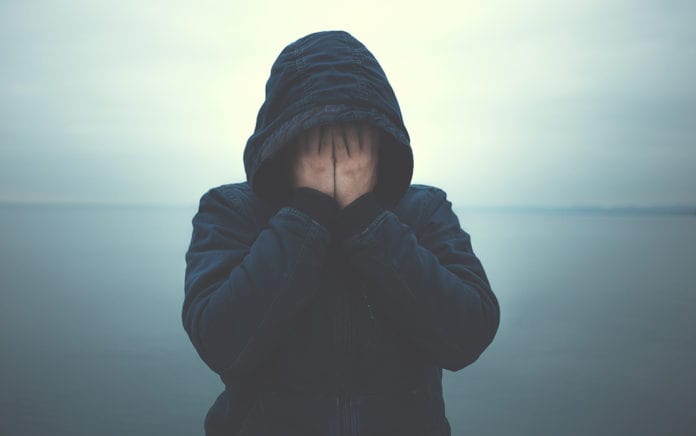 The person struggling with shame needs three things, all of which are present in the story of the bleeding woman in Luke 8.

Many people tend to think shame is just an extreme form of guilt: Guilt is feeling bad about something bad you did; shame is feeling really bad about it. In this view, shame is like guilt on steroids.

I heard a counselor describe it this way: Guilt is like a stain on a shirt. The stain may be difficult to remove, but it can be washed. Shame, by contrast, would be a disfigured face. It feels like a permanent part of who you are, and it prevents you from ever attempting to draw near to others.

Shame says, “I am defective. I am damaged. I am dirty. I am ugly. I am worthless. I am pitiful. I am insignificant, unlovable, unwanted.”

Christian counselors say the person held captive by shame needs three things, and they are all in the story from Luke 8 of the bleeding woman who touches Jesus’ robe and is healed.

1. The Person Consumed by Shame Needs to Have Their Story Heard.

Like the bleeding woman who braved the public that had shunned her for 12 years, you have to come out of the shadows. Because shame thrives in secrecy, you have to take the chance of exposing yourself.

Shame tells you that revealing your secret will only lead to greater pain. But chances are, the people who love you will be honored that you chose to confide in them. If they are true brothers and sisters in Christ, they will meet your shame with sympathy. How could they follow a Savior so compassionate and do otherwise?

Like this woman, Jesus is calling you to speak your shame. In the church, it’s OK not to be OK. The church should be the one place where it is safest to talk about any of these things! We are broken people who understand that Jesus restores broken people … because that’s the only kind of people there are.

From Outreach Magazine  The 6 Core Responsibilities of a Senior Pastor

2. The Person Consumed by Shame Needs to Have Their Head Lifted.

In this story, Jesus takes the initiative. He raises the woman’s head before she can even raise it. She’s still looking at the ground in fear and shame, and he says, “Look up to me, precious daughter!”

This is what separates Jesus’ message from that of every other religion: The power of new life begins with a new identity. Every other religion tells you to change and be better, and then you’ll be a good person and God will accept you.

The gospel flips that upside down. God declares you whole in Christ as a gift, an identity he bestows on you. You don’t change to get healing; you change because you’ve received healing. Beware of any spiritual growth strategies that don’t make this central, because they are not from God.

The only way to heal from shame is to shift your focus from what you are (or are not) to who Christ is and what he declares about you.

In Christ, you are forgiven. You are free. You are redeemed, healed and beautiful. You are a cherished child of the everlasting Father. You are fully known and fully loved. If you are sitting in shame, you may not be able to lift your own head. But praise God, the lifter of your head has come.

3. The Person Consumed by Shame Needs to Be Restored to Loving Community.

Feeling the embrace of Jesus will give you the courage, eventually, to re-engage with community.

We have every reason to believe Luke included this story because this woman was a part of the early church. As I’m reading the Bible, I love to think about those earliest Christians as they studied the teachings of Jesus and came to stories about people they knew, people in the church.

Here is a woman, who used to be confined by shame and living in secrecy, now a thriving, healthy member of the church that launched the most powerful movement in history.

That’s what God wants for you, too. He forms his church from broken people, hurt people, people overwhelmed by shame. He declares them new creations and endows them with purpose and power—his purpose and power.

People around us are suffering, often profoundly, usually silently. We should desire to be churches where people who are not OK can find Jesus in loving community. We should desire to be the kind of people others feel OK opening up to about their secret shame, to be the type of community that says to them, “It’s OK not to be OK in the church. Your story is safe to share here.”

The road to healing from shame begins as we speak it. As you come out of the shadows and speak it, you’ll hear the voice of the Savior and Shepherd saying, “My daughter! My son!” And his declaration will begin to heal those wounds.