Home Features Should Close Friends Be on the Same Leadership Team? 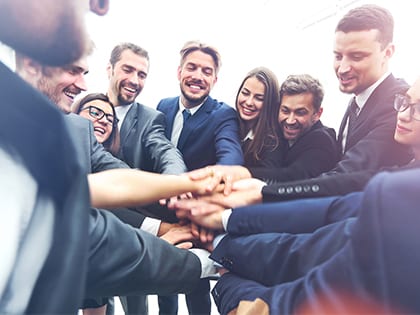 Can close personal friends be trusted to put the good of the church ahead of their friendship, when necessary?

We all want a few best friends. We need them. In fact, the Scriptures speak positively about friends:

But considering leadership teams, should we fill our upper level teams such as deacons, elders or key leadership staff with best friends? I share a true story below from a pastor friend, but I’ve changed the details enough to protect anonymity.

My pastor friend’s church in the south was led by a deacon board of four men plus himself. He was considered the board’s leader and the four other members were very close. Two of the deacons had been roommates in college and stayed close friends. One of those deacons was the best friend of the third member on the board. And the fourth member of the board met each week with the third deacon in a discipleship relationship. You can see that these four were very tight in one way or another. The pastor was friends with all the deacons, but not close to any of them.

Over the years at his church conflict began to rise between the board and him. It seemed that he was the odd man out each time they discussed a new initiative or direction for the church. The other four seemed to always be in agreement with each other, usually in opposition to how the pastor viewed things. Ultimately, the tension became so great that he left the church after 10 years and began to teach at a seminary.

Although other issues were certainly at play, groupthink seemed to influence the four members of the board. They appeared blind to any other perspective except to the views of their friends on the board.

So, based on this scenario and your experiences, what have been the pros and cons you’ve seen in boards or key leadership teams when most of those in those groups were best friends? Did the friendships help or hinder decision making? Did groupthink result or did the Holy Spirit simply use their kinship (like David and Jonathan in the Bible) to help them make good decisions?

5 New Evangelism Options for Our Day

How Do You Respond When Plans Are Interrupted?