Home Features How to Help Those Who Feel Rejection 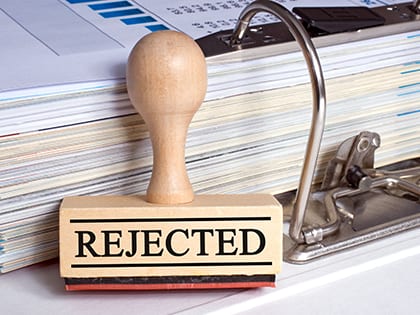 Our brains record social pain in the same place they record physical pain. Here are ways to prevent those feelings of rejection.

I blew my knee out, but that wasn’t what hurt the most. I was left alone and felt rejection. Pain is a given in life. And usually when we think of pain we’re only thinking about physical pain. But social pain is just as real and perhaps more hurtful. In this post I share what recent neuroscience has learned about social pain and some practical tips how pastors and leaders can avoid multiplying social pain in others.

In college I could run fast. I had joined a college flag football team and I was their deep threat. I could outrun most of the other defenders. During one game the quarterback had me run what is called a down and out. I was to run ten yards and take a quick pivot to the right. He would then pass the ball to me.

We lined up. I took off. I planted my left foot. I turned around and caught the ball and something in my knee exploded. I crumpled to the ground in agonizing pain. The team had to carry me off the field to the sidelines. I was out of the game but after a few minutes I was able to hobble around, still in considerable pain.

When the game ended, all my teammates left. The field where we played was a mile from my dorm room and I didn’t have a car. Nobody asked me how I was doing. Nobody offered me a ride. It took an hour to hobble back to my dorm room. The next week I learned that I had blown out my knee which later required surgery.

It’s a brain thing. Neuroscientists have discovered that our brain records social pain, like rejection, in the same place in our brain where we feel physical pain. In other words, getting rejected really hurts just like physical pain really hurts. That day I got a double whammy.

Across multiple languages we even use words to describe social pain that we typically use to describe physical pain like, “she broke my heart,” or he “hurt my feelings.” Disapproving facial expressions can even create social pain, especially those most prone to feeling hurt from rejection.

So what can we do as leaders to avoid unintentionally hurting others? I suggest three tips.

1. Help your church be more aware of those who are alone on Sundays.

Often before a service you can easily spot those who are sitting alone. The same is true after church for those who stand alone in the lobby or in your café. Encourage your regulars to look for people who are alone. And when they see someone alone, encourage them to introduce themselves to the person and genuinely seek to make them feel welcome.

2. Be careful with your facial expressions.

Be aware that our facial expressions often communicate more than our actual words. Studies show that even looking at disapproving faces can evoke social pain. Without being fake, don’t bring your ‘poker’ face to church. Bring your kind and pleasant one. If you’ve not sure what kind of face you usually bring, ask someone who is close to you to observe you interacting with others to give you feedback

3. Finally, teach your church about the brain.

Help them understand how our brain impacts community, spiritual growth and leadership. For a primer on the brain in layman’s terms, check out my most recent book called Brain-Savvy Leaders. And watch for my next one coming out early 2019 (Moody Press) on an ancient spiritual practice called mindfulness.