Home Features Call It What You Like, God Calls It Sin 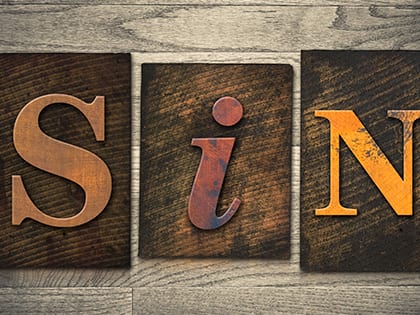 We have created a myriad of ways to justify sin, but the episode of David and Bathsheba reminds us that God takes our sin very seriously. So should we.

Larry Nassar, Michigan State’s medical advisor to the nation’s champion gymnasts, has been sentenced to 175 years in prison for sexual transgressions. (Update: More and more accusers keep surfacing with lurid stories of the crimes of this man, and judges keep adding years to his sentence. He’d have to live several lifetimes to serve the complete sentence.)

Hundreds of young women have brought charges and accusations against him. They spoke through tears, telling how he ruined their lives. To no one’s surprise, the doctor seemed unmoved by it all. Anyone who would do such a thing has long ago hardened his heart toward God and rejected any thought of compassion toward his victims. While the doctor did not deny touching these young girls, he explained, “I touched them medically, not sexually.”

He will never leave prison. And from what we hear, the other inmates will not be kind to such a brute.

After the death of Hugh Hefner of Playboy fame (or notoriety), one of the many articles on his life quoted him as saying, “I’m not promiscuous. I just love women.”

Divorce courts and prisons are filled with men who spout something similar: “It didn’t mean anything; I just love women.”

So easily do we excuse our cruelties.

I’ve read accounts of pedophiles saying, “I love children. I wouldn’t hurt a child for anything in the world.”

Tell that to the people whose lives you have destroyed.

Justifying sin is a human trait.

You could make quite a list of words and terms our generation has created to camouflage actions which prior generations would have labeled crimes and/or sin.

Abortion is not abortion. It’s freedom of choice, a woman’s right to choose. A woman’s exercising of rights over her own body. Oh, and abortion clinics are “women’s health centers.”

From Outreach Magazine  Declutter Your Soul to Make Room for Grace

Ask the unborn baby what it thinks of this little word game.

The Watergate episode in American political life gave us “misspoke.” As the presidential press secretary appeared before cameras and reporters to try to undo yesterday’s false statements—outright lies—he said, “I didn’t actually misrepresent you. I misspoke.”

And “I don’t remember.” You’ll hear that a lot when congressional subcommittees are investigating wrongdoing.

The fellow who cheats on his income tax says, “I don’t keep records, but I’m going by memory here.”

What God thinks of sin.

Perhaps the best insight into how the heavenly Father views our little “human” transgressions is the Bathsheba episode of David.

Then, when she became pregnant and her husband Uriah proved to be a man of far greater virtue than David, David arranged for Uriah to be killed in battle. Did he try to justify his actions? “I have to protect my reputation.” “This is in the national interest.” “It would hurt a lot of people to know their leader was so weak, so I’ll protect them from the news.” And the big one, “God will forgive me, because that’s what he does.”

So, when the prophet Nathan confronted David we find out exactly what God thought of what had been going on.

David had several surprises that day. He was surprised that regarding his sin with Bathsheba and the subsequent murder of her husband…

God tells him the effect of his sin, nothing pretty or sexy about it. What started out as a harmless bit of fun turned into a nightmare of major proportions.

Satan is a liar and the father of lies (John 8:44). As the old expression goes, he will take you farther than you ever wanted to go, keep you longer than you wanted to stay and exact a price far beyond what you were prepared to pay.

Make no excuses for yourself, friend. Give yourself no alibis. Call it what it is: Sin. “God be merciful to me, a sinner,” said the publican in Luke 18:13. In the same way, the apostle Paul called himself “the chief of sinners” (1 Tim. 1:15).

If you have rebelled against the God who saved you and cleansed you and called you into his work, and have fallen into grievous sin that has hurt a lot of people and destroyed the ministry he had given you, then you know the feeling.

But remember, friend, as the hymn says, “Christ receiveth sinful men. Even me with all my sin. Purged from every spot and stain, Heaven with him I enter in. Sing it over and over again…”

The gospel is called “good news” for good reason.