Home Features How Not to Waste Your Quarantine 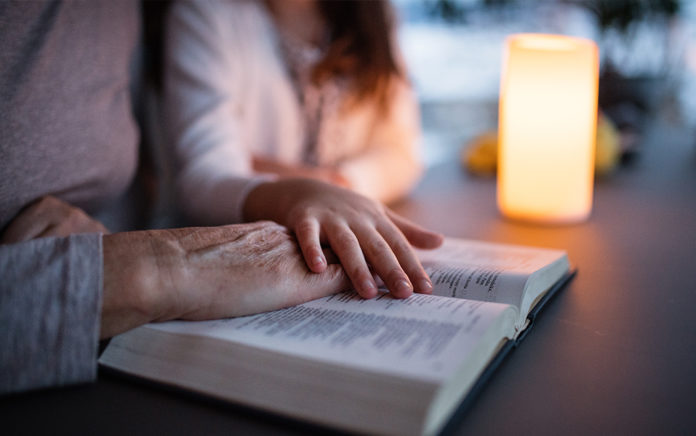 Don’t just make it through; redeem the time.

God does some of his greatest work in secret, mundane places.

During our broad shelter-in-place/stay-at-home efforts, we’ve entered a very strange season. It’s as if our government has pressed pause on most of life. Most of what we would normally be doing we won’t be able to do.

Now, for those of you with children at home, this season probably doesn’t feel like a break. It’s still busy, but without the usual outlets and coping strategies. Add to that all of the “online schooling” you’re responsible for, and it probably feels overwhelming.

For those of you without children—or whose children are older—you probably just found yourself with a lot more time. But just like the previous group, you don’t have a lot to do with that time.

As we wait for society to return to something like normal, I want to plead with you: Don’t just make it through this time. Redeem this time. Don’t waste your quarantine.

C.S. Lewis lived through two major crises that instilled fear in his society—World War II and the subsequent threat of nuclear war. At one point, he reflected on how to redeem our time in light of such overwhelming threats of death. He said:

“What does war [or the coronavirus] do to death? It certainly does not make it more frequent; 100% of us die, and the percentage cannot be increased. It can put several deaths earlier, but I hardly suppose that that is what we fear. … Yet war does do something to death. It forces us to remember it. … War makes death real to us, and that would have been regarded as one of its blessings by most of the great Christians of the past.”

I know that may sound a bit morbid, but when you resolve yourself to the reality of death, you can start to use whatever amount of time you do have—whether it’s six months or 60 years—to embrace life and capitalize on whatever opportunities God has put in front of you.

In other words, our main question should not be when and how we’ll die, but how we’ll live when we are alive.

From Outreach Magazine  4 Characteristics of an Emotionally Unhealthy Leader

To redeem this season, to use it wisely in light of eternity, we must develop some good habits. To that end, the discipleship team at the Summit has prepared a guide called Don’t Waste Your Quarantine to give you ideas about how to add structure to your days and disciplines such as reading and family devotions.

God is on the move—maybe more now than many of us have ever seen. He’s leading the church to serve in new ways. Let’s go forward with great expectation as we follow God in this season, asking him that we “may be filled with the knowledge of his will in all spiritual wisdom and understanding, so as to walk in a manner worthy of the Lord, fully pleasing to him: bearing fruit in every good work and increasing in the knowledge of God” (Col. 1:9–10).