Home Features How to Escape Addiction to Anxiety 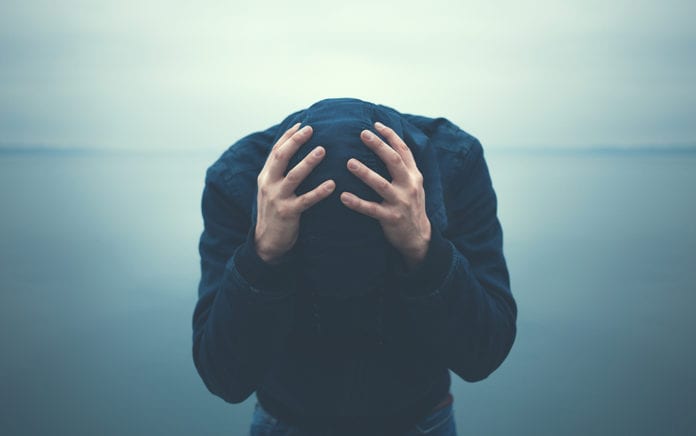 We so easily slip into feeling anxious, but anxiety is a liar and a false-prophet. Here’s how to let it go.

When I posted the question, “What makes you anxious?” on Instagram a few weeks ago, I got some interesting responses. One person actually said, “Looking at Instagram makes me anxious.” Well, buddy, I don’t need to preach a sermon to help you with that one.

Some of the more serious responses were: being alone (the number one reply), money (usually expressed as, “I’m worried about not having enough to take care of my kids or my aging parents”), the future, being accepted by others, going to the doctor, losing control, being able to find the right spouse, losing a spouse or child, and failing as a parent. Just the number of responses was overwhelming. We are an anxious generation.

Anxiety is one of those problems that gives birth to all kinds of other problems, like one fire that quickly spreads throughout the whole house of your life. John Piper says:

Isn’t it strange how addictive anxiety can be? It’s almost as if we sense that by devoting energy to anxiety, we are somehow doing something about whatever we are worried about. But if you’ve struggled with anxiety at all, you know that on its own, anxiety only offers false solutions, false promises and false predictions. It is, in fact, a modern-day false prophet.

1. It Promises That if You Devote Time to It, It Will Change Things.

But that is a lie. Worrying doesn’t actually change anything (other than, say, your blood pressure). Jesus asks in Matthew 6:27, “’Can any of you add one moment to his life span by worrying?’”

We tend to know that worry isn’t the most useful. Modern science has made that all the clearer. Doctors point out that 75 percent of all doctor visits are stress or anxiety related. Dr. Charles Mayo (of the famed Mayo Clinic) wrote, “Worry affects the circulation, the heart, the glands, and whole nervous system. Though I have never known a man who died of overwork, I have known a whole lot who died of worry.” I saw a bumper sticker one time that said, “Anxiety is my daily cardio.” It’s not a good one.

2. The Vast Majority of the Things We Worry About Never Take Place.

I’ve heard anxiety described as paying interest on a debt you may not even owe.

Once when I was watching a scary movie with my wife, I told Veronica that it would be great if I could have ominous music play when something bad was about to happen me. And then I realized the bigger problem was that ominous music often plays in my heart anyway when there is nothing for me to be scared of.

This is what Jesus means when he tells us not to worry about tomorrow, because each day has enough trouble of its own. You may think, “Well, thanks Jesus, but tomorrow’s trouble is precisely why I was worried.” But here’s the point: Problems aren’t the only things waiting for you tomorrow. God is, too. And the God who gives you strength today will give you strength tomorrow. He’s dealing with situations that you aren’t even aware of yet.

From Outreach Magazine  Leading by Word and Deed

Anxiety is a liar. It’s a false prophet. In the Old Testament, they stoned false prophets. You need to stone anxiety every time it shows up in your life, too. Turn instead to the one, true Prophet who never lies, never fails, and always keeps his promises: Jesus.

Here’s what’s so beautiful about Jesus, the true Prophet: He was not just a prophet. Yes, he told the truth. But he was more than a truth-telling prophet. He was also a savior, powerful enough to save us from every danger that lurks ahead. Tomorrow has troubles, but tomorrow has a death-defeating savior who is fighting for his own.

“What more can He say than to you He hath said— To you who to Jesus for refuge have fled?

“Fear not, I am with thee, oh, be not dismayed, For I am thy God, and will still give thee aid; I’ll strengthen thee, help thee, and cause thee to stand, Upheld by My righteous, omnipotent hand.