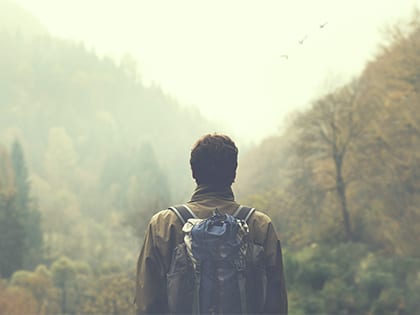 In a world that constantly bombards us with stimulation, the disciplines of solitude and silence have never been more important.

We leaders live in a world that bombards us with incessant visual stimuli and noise. And it’s easy to become addicted to such noise without even realizing it. Our so called time saving technology such as smart phones and high speed internet access relentlessly remind us that we can get more done in less time so we have more time to get even more done. As a result we are addicted not only to noise, but to hurry. As John Ortberg writes, “Hurry is not just a disordered schedule. Hurry is a disordered heart.” [1] Leaders desperately need what the ancients called silence and solitude to help us lead at our best. I suggest 8 benefits of building this discipline into your life.

John Ortberg tells a delightful story in Leadership Journal that describes how a pastor or a leader’s life can sometimes get out of whack:

“Some time ago, a newspaper in Tacoma, Washington, carried the story of Tattoo the basset hound. Tattoo didn’t intend to go for an evening run, but when his owner shut his leash in the car door and took off for a drive with Tattoo still outside the vehicle, he had no choice.

“Motorcycle officer Terry Filbert noticed a passing vehicle with something dragging behind it, ‘the basset hound picking them up and putting them down as fast as he could.’ He chased the car to a stop, and Tattoo was rescued, but not before the dog had reached a speed of 20–25 miles per hour, rolling over several times.

“Leaders often live like Tattoo, our days mark by picking them up and putting them down as fast as we can.”

Hurry and noise and incessant busyness are enemies of a healthy spiritual life.

I can attest to that. Yet, God does not want us to be controlled by nor conform to the noisy, hurried life that our culture and churches often push us towards. Some of the greatest spiritual leaders and influencers of the past said much about this practice.

Henri Nowen, who taught at Harvard, Yale and Notre Dame, and wrote 20 books said, “Without (silence and solitude) it is virtually impossible to live a spiritual life.’[2] He also wrote, ‘It is a good discipline to wonder in each new situation if people wouldn’t be better served by our silence than by our words.” ( The Way of the Heart)

The late Dallas Willard wrote, “(This one) is generally the most fundamental in the beginning of the spiritual life, and it must be returned to again and again as that life develops.” [3]

Blaise Pascal, the scientist and Christian thinker of the 1600’s wrote, “I have discovered that all the unhappiness of men arises from one single fact, that they are unable to stay quietly in their own room.” [4]

Austin Phelps, a pastor in the 1800’s noted, “It has been said that no great work in literature or in science was ever wrought by a man who did not love solitude. We may lay it down as an elemental principle of religion, that no large growth in holiness was ever gained by one who did not take time to be often long alone with God.” [5]

The Bible also speaks often on silence and solitude.

• “There is … a time to be silent …” (Ecc. 3:7)
• “Do not be quick with your mouth, do not be hasty in your heart to utter anything before God. God is in heaven and you are on earth, so let your words be few.” (Ecc. 5:2)
• “Be still, and know that I am God …” (Ps. 46:10)
• Moses and Paul, some of the most recognized figures in history were transformed in times of extended solitude.
• Jesus lived in a world of inner solitude and frequently experienced outer solitude. He was busy but was never in a hurry. Silence and solitude was Jesus place of strength.
– Before he began his public ministry he spent 40 days in silence and solitude. (Luke 4)
– Before he chose the 12, (He) spent the night praying to God. (Luke 6)
– ”When he heard of John the Baptist’s death … he withdrew by boat privately to a solitary place.” (Matt. 14:13)
– “After feeding 5000 … He went up on a mountainside by himself to pray. When evening came, he was there alone.” (Matt. 14:23)
– “He often … withdrew to lonely places and prayed.” (Luke 5:16)

From Outreach Magazine  3 Signs of an Immature Believer

Before I suggest eight benefits, here’s a quick definition of solitude and silence, as they are cousins to each other. They both go hand in hand and without silence, solitude has little effect. In essence they are practices of not doing something—not interacting with society and people and withdrawing from human contact, voice, noise, phone, TV, radio, newspaper, etc. for a few minutes or a few days. The following definitions combine thoughts of Dallas Willard, John Ortberg and Richard Foster. When I speak of silence and solitude below, I will speak of them as one thing.

• Solitude: The practice of temporarily being absent from other people (in isolation or anonymity) and other things so that you can be present with God. Its not loneliness nor is it getting away from people just because we don’t like them. It’s more about what we do with our bodies.

• Silence: The practice of voluntarily and temporarily abstaining from speaking so that certain spiritual goals might be sought. It’s about what we do with our tongues, what we say.

Silence and solitude is a tool God uses to restore our souls by breaking engagements with the world. It is really more of a state of heart than a place. Granted, it does include awayness from others, but as you mature you can even be in a huge crowd and experience the rejuvenating power it offers. On the other hand you can become a hermit and never experience its power.

1. It (they) break(s) the power of hurry, our addiction to a ‘have-to-do-this’ mentality.

Willard explains it this way, “The person who is capable of doing nothing might be capable of refraining from doing the wrong thing. And then perhaps he or she would be better able to do the right thing.”[6]

It helps create an inner space for us to become aware of what we are doing and are about to do.

2. It helps renew our souls.

Francis de Sales who in the late 1500’s developed sign language to teach deaf about God wrote, “There is no clock, no matter how good it may be, that doesn’t need resetting and rewinding twice a day, once in the morning and once in the evening. In addition, at least once a year it must be taken apart to remove the dirt clogging it, straighten out bent parts and repair those worn out. In like manner, every morning and evening a man who really takes care of his heart must rewind it for God’s service … Moreover, he must often reflect on his condition in order to reform and improve it. Finally, at least once a year he must take it apart and examine every piece in detail, that is every affection and passion, in order to repair whatever defects there may be.” [7]

The Bible speaks pointedly to this idea.

From Outreach Magazine  Making Disciples: The Math of the Kingdom

3. It reminds us that life will still go on without us

It interrupts the cycle of constantly having to manage things and be in control. It breaks us from a sense of being indispensable.

4. It clears the storm of life and mind for wise decision making and planning.

Luke 6:12–13 tells us that Jesus spend time in silence and solitude when deciding whom to choose as the disciples who would travel with him: “And it was at this time that he went off to the mountain to pray, and he spent the whole night in prayer to God. And when day came, he called his disciples to him; and chose twelve of them, whom he also named as apostles.

5. It creates inner space to hear the voice of God.

God spoke to the prophet Elijah right after he had come from a power encounter with the Baal worshippers on Mount Carmel. He had fled because he heard that Queen Jezebel had placed a price on his head. He hid in a cave and God asked him what he was doing there. Then God told him to leave the cave and that He would speak to him. Elijah saw a storm and then wind and then an earthquake and then fire. Yet God was not in any of those. Rather, God spoke in a gentle whisper (1 Kings 19:2).

We are usually surrounded by so much outer noise that it is hard to truly hear God when he is speaking to us.[8] Silence and solitude frees us from life’s preoccupations so we can hear God’s voice.

6. It allows us to disconnect from the world and deeply connect with our soul.

Henry Nouwen said, “In solitude, I get rid of my scaffolding.” And what is scaffolding? It’s the stuff we use to keep ourselves propped up be it friends, family, TV, radio, books, job, technology, work, achievement, our bank account, etc.[9]

7. It helps us control our tongue.

James 1:19 says, “My dear brothers, take note of this: Everyone should be quick to listen, slow to speak and slow to become angry. …”

Silence and solitude can free us from the tyranny we can hold over others with our words. When we are silent and yield to the advice in James, it becomes more difficult to manipulate and control the people and circumstances around us. When we practice silence we lay down the weapons of words. It often reminds us that we don’t need to say as much as we think we do. We find that God can manage situations just fine without our opinions on the subject.

8. It helps us with the other disciplines.

When we include silence an solitude it enriches prayer, Bible reading and fasting.

What would you add to this list of benefits of silence and solitude?