Home Features Speak the Truth With Boldness and Love 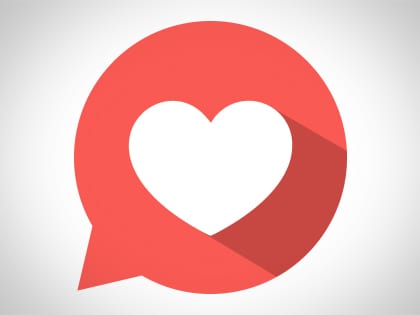 “Pastors preach what they believe God tells them.”

“God has not given us the spirit of fear, but of power and love and a sound mind.” —2 Timothy 1:7

“You therefore, my son, be strong in the grace that is in Christ Jesus.” —2 Timothy 2:1

“I solemnly charge you in the presence of God and of Christ Jesus … preach the word! Be ready in season and out of season; reprove, rebuke, exhort, with great patience and instruction.” —2 Timothy 4:1–2

They’re almost to the point of giving me my walking papers. The animosity from some of our leaders is so thick you could cut it with a knife. What do I do now? How do I stand in the pulpit and preach? And what should I preach?

If you’ve never preached the gospel while sitting throughout the congregation were people who hated you, arms folded and brows furrowed, you’ve missed out on one of the great experiences of the Christian life.

If you’ve never feared for your job for nothing more than preaching the whole counsel of God, you’re in the minority, pastor.

Sometimes the ill-will is for nothing you have done or failed to do. The plotters and schemers have their own reason and their own private agenda. Sometimes, the problem is you have stepped across an invisible line and intruded into forbidden territory.

You preached against guns when every man and half the women in the congregation were bonafide members of the NRA. They were aghast. How dare you?!

You preached God’s love for all races when the KKK (or their modern successors) were looking around for their next victim. You crazy, boy?

You preached tithing to people who had made idols of their money, preached sexual purity to a gang of partyers, preached God’s definition of marriage to a liberal crowd. Do you know where you are?

You preached the full inspiration of God’s word to a liberal crowd. You preached Psalm 139 (the preciousness of life!) to a church supporting Planned Parenthood.

They accused you of unnecessarily stirring up opposition. There’s so much else you could be preaching. Why did you choose to preach the very thing you knew would rile them?

Pastors preach what they believe God tells them. Otherwise, they should find another profession.

This is not to say the minister should look for a subject likely to light everyone’s fuse. Every congregation needs the whole Word preached, and not just the texts likely to draw fire.

You don’t need to lay your life on the line every time you rise to preach. Do not volunteer to martyr yourself. But if the Lord calls you to do so, go forward.

The ministry is no place for the timid.

I’ve known pastors in Kentucky and Virginia who dared not speak from the pulpit on the dangers of tobacco since some in their congregations made their livelihood from growing the stuff. Do you know what pays your salary, pastor?

In coal country, some pastors have hesitated to speak out against—take your pick: environmental pollution, the excesses of labor unions or the abuses of mine owners—because of the makeup of their memberships. Look around you, son. You’re in West Virginia!

In the Deep South the pastor who takes a stand for gun control may be in danger of losing his job and/or a sizeable portion of his membership. Or both. The pickups in the parking lot carry bumper stickers saying “Guns and God.” “I fought for this country and was trained to use this gun. You’re safe as a result.”

From Outreach Magazine  John Eldredge: Get Your Life Back

Powder kegs have always been around.

I remember the early 1960s. The racial tension in this country was thick. Living in Birmingham, I saw the burned out bus that had once carried the Freedom Riders. Sit-in demonstrators were active in our city. Martin Luther King, Jr. was jailed there and wrote his legendary “Letter from a Birmingham Jail” in those days. Meanwhile, I was trying to pastor a small church a few miles north of the city and struggling to discern how much of this—if any—I needed to address from the pulpit.

In the late ’60s, following seminary, I pastored in the Mississippi Delta. The White Citizens Council (they soon dropped the “white”) had been formed a few miles east of us—it was a lot of things, but if you think it was a supposedly respectable, updated version of the KKK you wouldn’t be far off. In most of the Delta towns where the blacks outnumbered the whites, they had decided to rise up and demand to be rightfully treated as full citizens of this country.

Pastors who tried to lead their churches to be open to all races usually found themselves out of a job. Many churches in the Deep South were torn apart over this issue.

So, most pastors I knew preached all around the issue. Among our Southern Baptist preachers, rare was the one who took a public stand against racism and kept the support of his congregation.

In Greenville, Mississippi, when our interdenominational ministerial alliance voted to ask the local YMCA to reverse their policy of excluding blacks, the rabbi took the floor (we were meeting in my church!) and preached all us Baptists a sermon on hypocrisy, since all of our churches were segregated. This was circa ’68-69. I recall the pastor of our largest Baptist church in town responding to the rabbi with, “You don’t know what it’s like trying to lead our people.”

At this point, you’re probably curious about what I did or whether I took a stand. This article is not about me. However, I did on numerous occasions take a public stand. In fact, my wife and I spearheaded an interdenominational and interracial evangelistic crusade in the summer of 1969 at the high school stadium in Greenville, Mississippi. Lasting eight days, the crusade which had the support of sixty churches drew five thousand each Sunday afternoon and thirty-five hundred each weeknight. The evangelist, former professional football player Bill Glass, said it was the most heavily integrated meeting he had held to that point. But I could have done more. You will never hear me bragging about “what I did during that war.” I was as cowardly as anyone.

From Outreach Magazine  Why You Should Record Your Testimony

I remember the climate of fear. Some people who delighted in stirring up strife between the races and drew their energies from conflict were always watching and listening for anything they could pounce on. They were no friends of the gospel nor supporters of the pastors.

Even church people can be vicious. Proponents of a position can be self-righteous, and dangerous even.

People of certain positions do not want to consider a viewpoint other than their own, nor do they want anyone else to do so.

If you are to address your congregation in a climate of fear and suspicion, here are some suggestions:

• Activate your prayer team. I suggest pastors have a half-dozen prayer warriors in other cities who touch God in their prayers and who will keep confidences. Rally them from time to time to intercede.

• Get the counsel of your mentor(s). Every pastor should have a least a couple of veteran pastors who have been there/done that who will advise him on matters of critical importance.

• I said to one friend who thinks he may be terminated any day now, “Do not unload on the congregation. Preach the Word. If the Lord will let you, preach something uplifting and comforting from the Lord Jesus. Hit it out of the park.”

• Show each person the love of God in you and the joy of the Lord in your spirit. If Paul and Silas could “pray and sing hymns” in the Philippian jail while their backs were open wounds and their feet were locked into stocks, you and I should have no trouble rejoicing in the midst of our “momentary light afflictions.”

• Keep your focus on the Lord, not on men. He is your Source, not the finance committee.

• In your sermon, don’t be brutal. Be loving and Christlike. Preach to win the opposition, not to clobber them. Preach so that those on the fence will tilt to your side.

You might want to go ahead, however, and pack your bags just in case.