Home Resources Study: Most Churches Have Not Returned to Pre-Pandemic Attendance Levels 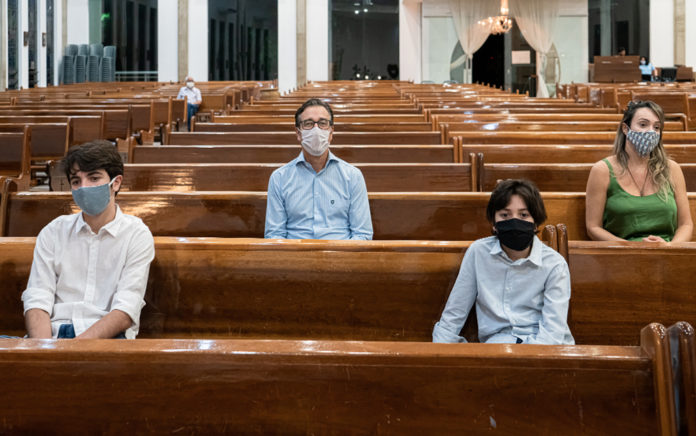 The vast majority of U.S. Protestant churches say they are holding in-person services, but churchgoers have yet to attend in the numbers they did before the coronavirus pandemic struck.

According to the latest survey from Nashville-based LifeWay Research, 87% of Protestant pastors in the U.S. say their church met in person in September, while 13% did not hold physical gatherings.

Since the beginning of March, LifeWay Research has been tracking how COVID-19 is affecting churches. While few Protestant churches gathered physically in April, most began meeting in person again by May with more than 7 in 10 pastors saying they did so in July.

“More and more churches across the U.S. have found ways to meet again, but things are not back to normal,” said Scott McConnell, executive director of LifeWay Research. “The impact of regulations, caution and hardships mean more than 1 in 10 churches are still not meeting in person for any type of worship service. Churches are living organisms, and when more than a third of their members are missing, they are not whole.”

A majority of African American Protestant pastors (60%) say their congregations did not meet in person last month.

Social distancing may be easier in churches, as most pastors say their congregation has less than 70% of their pre-COVID crowds.

From Outreach Magazine  How to Maximize Your Limited Time

“In most churches, there is definitely room to spread out,” said McConnell. “It would not be surprising for 30% or more of a congregation to be in a ‘high-risk’ group needing to continue to take precautions. Since some at-risk members are attending, it only highlights further that there are also churchgoers who have resumed other activities without returning to church.”

Prior to the pandemic, 45% of pastors say their typical weekend worship service attendance was less than 100. Now, almost 3 in 4 pastors (72%) find themselves with a worship service crowd below triple digits.

In February, 20% of Protestant churches had crowds topping 250 people. In September, only 6% drew attendance levels that high.

Pastors of churches that were drawing more than 250 in February are the most likely to say their current attendance is less than 30% of what it was earlier this year.

“Since many large churches are not used to functioning with so few people, they may need to reconnect with small churches in their area for ideas. Churches of all sizes have much more in common this year and likely can be learning from each other,” said McConnell.

Many pastors may not know the extent to which the pandemic has altered their church for months or years to come, but some say it has already brought long-term changes.

The most common shift pastors had to make due to COVID-19 was delaying a large planned capital expense, with 12% of pastors saying they had to put off a construction project or similar expenditure.

From Outreach Magazine  Put Your Fists Together and Pray

Some churches (8%) say they were forced to delete a ministry. Overall, 2% of pastors say they cut their outreach ministry, 2% got rid of their children’s ministry, 2% stopped Sunday School or small groups, 1% ended student ministry, and 1% deleted other service times like Wednesday and Sunday nights.

Church staff were impacted at some congregations, as 6% of pastors say their church reduced the pay or benefits for staff members, and 6% say they were forced to delete a staff position. African American pastors are the most likely to say they had to cut staff pay or benefits (21%) and delete positions (18%).

Another 6% of pastors say they reduced giving levels to their denomination, while 5% stopped supporting a missionary or outside ministry.

Still, almost 3 in 4 Protestant pastors (73%) say their congregation has avoided any of these long-term issues to this point.

“Most churches have not had to make drastic cuts to their ministry to this point, but the effects of the pandemic are also not over,” said McConnell. “From pastors’ perspectives, some of the suspended ministry activities already feel long term even if they hope to resume those activities soon.”