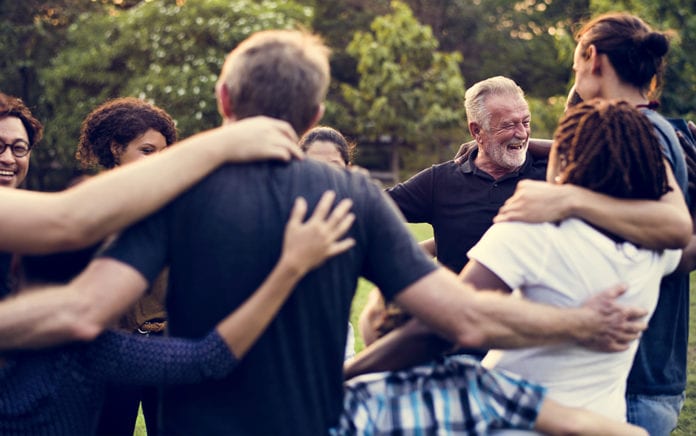 Nearly two-thirds (65%) say they are satisfied with the state of discipleship and spiritual formation in their local church.

Most Protestant pastors feel confident about the discipleship taking place in their churches, however, there’s still plenty of room for growth, according to a new study from Nashville-based LifeWay Research.

Nearly two-thirds (65%) say they are satisfied with the state of discipleship and spiritual formation in their local church, while 78% indicate there’s room for improvement.

While two-thirds agree they are satisfied with discipleship, 44% are not regularly evaluating discipleship progress to inform that opinion. About 8 out of 10 (83%) have an intentional plan for discipleship.

“Following Christ involves movement,” said Scott McConnell, executive director of LifeWay Research. “And that movement can either be walking with Christ or straying from that path. Churches must be vigilant and proactive in encouraging the progress of believers.”

More pastors today say they are satisfied with the state of discipleship in their church than seven years ago. In a similar survey by LifeWay Research in 2011, less than half (47%) were satisfied.

In the 2019 study, 55% of Protestant pastors say they regularly evaluate discipleship progress of their congregations. That’s up from 43% of pastors who answered “yes” to the same question in 2011.

“As pastors increasingly value measurement of discipleship, it is important to note that growth in Christlikeness is more than having new people to fill places of service at church,” said McConnell. “Our journey with Christ involves our beliefs, attitudes and behaviors, so we need evaluation in all of these areas.”

Churches use many approaches to disciple and encourage spiritual development in adults, the study found. On average, churches chose more than six of the nine approaches listed in the survey. Sunday School and ongoing small group Bible studies are the most common discipleship approaches followed by sermons, women’s groups and short-term Bible studies.

“In a broad sense, discipleship is really an intentional and consistent effort, driven by faith, to follow Jesus,” said Michael Kelley, director of Discipleship and Groups Ministry at LifeWay Christian Resources. “But the specific dynamics of how discipleship happens in an individual church vary based on the context of that local church.”

From Outreach Magazine  Made Possible Through Faith: The Bridge Church

The pastor survey also reveals demographic differences by age, region and ethnicity, as well as church size and denomination:

“The majority of older pastors grew up in churches where discipleship was assumed to be taking place,” McConnell said. “More younger pastors realize it’s something that must be tracked.”

LifeWay Research has been studying discipleship and spiritual growth for 30 years, beginning with the research behind acting president and CEO of LifeWay Christian Resources Brad Waggoner’s book The Shape of Faith to Come, according to McConnell.

From Outreach Magazine  Leverage Tech to Advance the Kingdom

“Dr. Waggoner’s book helped shape much of the later research we conducted on transformational churches and discipleship,” McConnell said. Since 2007, LifeWay Research has surveyed more than 7,000 churchgoers as part of national samples of Protestants in the U.S. to discover and improve measures of spiritual formation.

Eight years ago, LifeWay Research embarked on a comprehensive study of spiritual growth among churchgoers and the degree to which churches were actually producing biblical disciples and not merely churchgoers. That study identified eight common attributes of the Christian life that lead to spiritual health in a believer.

“These attributes of discipleship serve as signposts on the pathway of discipleship,” said Kelley, author of Creating a Discipleship Pathway. “These signposts are characteristics that ought to be present, in increasing measure, in the life of someone who is growing toward Christlikeness.”

McConnell and Kelley noted that years of research have generated the Discipleship Pathway Assessment, a comprehensive tool to help churches gain a better understanding of the spiritual health of their congregation and the effectiveness of their methods of discipleship.

“Every Christ-follower is on a pathway,” said Kelley. “Time and again, Scripture uses the word walk to describe how we interact with Jesus Christ. Our job as pastors and disciple-making church leaders is to help people take step after step on the pathway of discipleship toward the goal of Christlikeness.”

Church leaders interested in evaluating their church’s discipleship progress can learn more at DiscipleshipPathwayAssessment.com. LifeWay Research will be releasing further analysis on each of the eight signposts of Christian discipleship in the coming weeks. 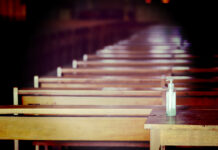