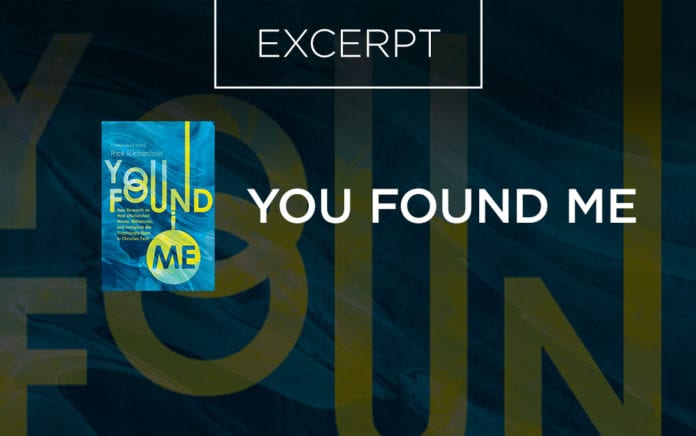 We have bought into myths that hinder our witness and keep us passive and fearful about sharing our faith.

Excerpted From
You Found Me
By Rick Richardson

Today few people have never heard of the story of Chicken Little or its moral about unjustified fear. In fact, Merriam-Webster defines Chicken Little as “one who warns of or predicts calamity, especially without justification” and tracks its first recorded usage to 1895. It has become so ingrained in our lives that the phrase “the sky is falling” has become a common way to describe people who imagine or exaggerate an impending catastrophe. Scholars describe this form of fear mongering as Chicken Little Syndrome, in which near-apocalyptic warnings drive people to either crippling fear or disastrous action. One scholar provides a helpful definition as “a sense of despair or passivity which blocks the audience from actions.” The term began appearing in the 1950s.

In other words, disproportionate alarm can cause panic, misguided actions, passivity, withdrawal, a sense of powerlessness and even disaster. When we misread reality, we can apply inappropriate solutions to problems we have inflated, or we can withdraw from the field of action entirely. Great leadership starts with a good description of the reality we are trying to address and change, and alarmist and misleading statistics are therefore not good leadership.

When it comes to researching and reporting on the present state of faith in America and the attitude of most Americans toward the church, too many have fallen victim to Chicken Little Syndrome. We are too quick to listen to the voices proclaiming, “The sky is falling!” by overstating the decline and even near-term disappearance of the church in America. Just like Chicken Little’s friends, we hear the alarm and apocalyptic language, buoyed by suspect statistics, and in our fear we buy their books and attend their conferences. In doing so, we inadvertently reinforce alarm instead of action, passivity instead of proclamation and defeatism instead of hope.

In light of these dire warnings, many Christians have stopped sharing our faith, inviting people to church and expecting God to convert many and renew the church in our time. A recent Barna study reports that three-fourths of self-identified Christians have fewer than 10 spiritual conversations a year. That’s less than one spiritual conversation per month. On top of that—or perhaps at the heart of it—48% of Christians say that most non-Christians have no interest in hearing about Jesus. No wonder there aren’t more Christians sharing their faith. It’s difficult to offer good news to people if we’re already convinced that they won’t think it’s good and that we will offend people and push them even farther away if we are bold and direct about our faith.

The sad truth is that the American church has fostered Chicken Little Syndrome for several decades, and we are now confronting the negative consequences. Some have withdrawn into separate enclaves, suspicious of outsiders. Our narrative has led to many people in churches becoming pessimistic about their witness and their future, and has given direction and legitimacy to their passivity. If this is going to change, we need to root out the myths that Christians tell ourselves about the state of the church, replacing them with truth that gets us on mission for the gospel in our communities.

So what are the false statistics that have created myths in the church? What half-truths and alarming statistics do we regularly cite that reinforce a misleading cultural narrative about faith and the church in America?

WARNING: difficult content ahead. Many of the statistics I list you may have had shared with you or—gasp!—you may have passed on. This is not an attempt to point the finger, but rather to right the ship. All of us have contributed to the problem at one time or another. In the spirit of charity and knowing that our united goal is the advancement of Christ’s kingdom, we need to rightly engage the serious issues we face in the church, and this begins with truth.

In the rest of this chapter, I will explore four central myths about the American church and the misleading statistics that continue to breathe life into them.

Myth 1: America is becoming non- or anti-Christian, “a nation of nones,” those who have no allegiance to any particular religion or religious body.

Myth 2: Millennials are leaving the church at an alarmingly high rate and rarely, if ever, returning. Church has become irrelevant to the emerging generation.

Myth 3: The golden age of the American Protestant Church was the 1950s, when it was culturally dominant, enjoying support and legitimacy from political, economic and educational leaders and systems. Since then, the church has been in free fall to the point of near extinction today.

Myth 4: Trust in the church is at an all-time low, as fewer Americans have a history of church involvement, and those who do often define their experience as negative. The result is a public inoculated against the church, Jesus and faith.

Together these four myths create a narrative of church failure and decline. Yet when we peel back the layers we discover that they are misleading or flat-out wrong. As we survey each myth, we will consider not only how it dominates common views of the church but how putting the truth into perspective can empower Christians to once again serve in their churches and engage society with boldness. 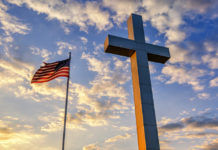