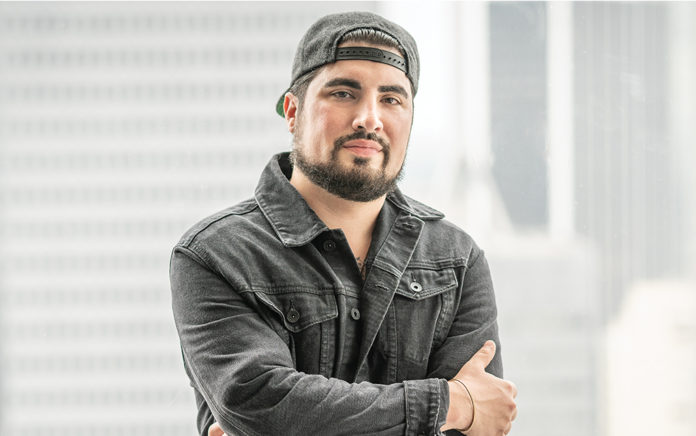 Why churches must prioritize discipleship

Grant Skeldon is founder of The Initiative Network, an organization empowering members of the millennial generation to serve in the city of Dallas. In his book The Passion Generation: The Seemingly Reckless, Definitely Disruptive, But Far From Hopeless Millennials (Zondervan), Skeldon outlines a path to engaging younger generations that balances fresh insights into generational dynamics with a very old solution—rediscovering the relevance of the Great Commission plan to make disciples in a world where deep and generative relationships can seem in short supply.

Outreach caught up with Skeldon to discuss the conundrums and contributions of an unfairly maligned generation, and to ask how churches can help unleash the energy of the passion generation for the cause of Jesus.

Your book’s been out for about a year now, and you’ve been speaking widely. Tell me about the response that’s come from people working to understand the millennial generation?

The response has really been wonderful. People know this conversation needs to happen. Most of the readers have been pastors, parents or employers. Each in their own way is trying to figure out how to retain and engage this generation. As a side note—to illustrate the idea of retention—I recently heard a statistic that the average millennial will have had 14 jobs by the age of 40. This is more than just restlessness, of course, but there is this rising trend of mobility—job to job, city to city, church to church. Millennials “switch ladders” like crazy.

The book has gotten great responses from groups like moms or young adult pastors. So many people are looking for a chance to understand and engage the younger adults around them. The need is huge. While the groups who have welcomed the book are diverse, I definitely had the pastor in mind when I wrote it.

What was your goal in writing?

To shift the culture of the church in how we relate to my generation. To change the church’s scorecard.

Yeah, what we measure. To reach millennials, I believe we must prioritize discipleship as a part of our scorecard. Many churches have been serious about measuring attendance or giving. Great. Why don’t we have the same care in measuring how many people are discipling other people? Sure, it’s kind of hard, but it’s also central. As I say in the book, I don’t think churches have a millennial problem. I think churches have a discipleship problem. My joke (pardon me in advance) is what if we simply made the commission great again?

This generation is dying to be a part of something bigger than they are. Unfortunately, the world sometimes gives young adults bigger responsibilities than the church does. The church has lost the message of “Come, follow me,” replacing it with … what? “Come, and listen to me”?

That posture has lost us many strong assets in the next generation.

How has the response been to that message?

Well, it’s not like they don’t know it, in theory. But it’s still been convicting for many, I think. They feel they’ve missed this. But it also brings energy and hope. Many pastors are kind of tired of basically just being event planners. This can be a breath of fresh air.

Pastors with impact, in my experience, had significant mentor figures when they were young. Someone older invested in them—believed in them, and connected them to others, and allowed them to fail safely. They recognize the importance of discipleship in their own journey. They know they wouldn’t be who they are today if you removed their key mentors.

That dynamic is powerful and true of every generation. We’ve been wrestling with discipleship for 20 centuries, right? Tell me more about what is specific to what you call “The Millennial Problem.”

To many churches today millennials feel like a problem. Their lack of attendance, let alone membership. Their lack of giving. One thing I often get on my generation for is a lack of honor toward those who are older than they are. Often when I speak to groups, pastors will come up and express that they’d love to mentor younger people—but none are asking them.

My generation needs to show up more, I think—and be willing to stay when things get tough. Many pastors observe that young people don’t stay through a problem; they’ll just leave and never even tell you why. Often pastors are not sure exactly what they’re doing or not doing that’s causing that. Often it’s a bit of a pain point for them. In this way, investing in discipleship is a bit of a chicken-and-egg situation. Millennials might not stay if you don’t invest, but how can you invest if they don’t stay?

From Outreach Magazine  What if Evangelism Isn’t Your Gift?

I try to encourage pastors to be more proactive in their jobs. My generation is likely not going to seek you out. So we need you to be like Jesus and engage us. Be proactive. And remember that when discipleship is hard it means that you’re in good company. It was difficult for Jesus too.

In the end, you must have realistic expectations. There isn’t a silver bullet of discipleship.

Talk to me about the challenges facing intergenerational discipleship.

Well, younger people tend to only hang out with younger people—who look like they do, are in a similar stage of life, and so forth. That habit runs deep. It’s a big challenge, honestly.

The greatest commodity of the next generation is free time. But we waste a lot of it. Not necessarily in sinful things—it just goes away. A lot of young passionate Christians want to be a part of something bigger than they are. It’s important to bond with your peers, but if that’s all we have, we’re like seventh graders asking other seventh graders for dating advice. We are just doing what’s right in our eyes, like that line from the book of Judges. But we can learn from someone who’s 10 or 20 years ahead of us.

One of the biggest issues with intergenerational unity, though, comes from the older generation. There’s such a culture in the church of making fun of the next generation—dismissing them, demeaning them. It’s as bad as the culture in the world, or worse. I don’t know if there’s a group in America that the church can make fun of more—and you almost get applauded for it. Nobody wants to be a part of a group with a culture of making fun of you. It’s dishonorable. So when that comes into play—all the little jokes and snide remarks—I don’t know why we are shocked that young people don’t want to go to churches that have that kind of culture.

In Part 2 of the interview, Grant Skeldon discusses why we neglect discipleship, what millennials are looking for in a mentor, his dream for the church, and getting all the generations on the same page.