“Our current evangelical approach is becoming less relevant because it makes too many assumptions.”

Don’t miss Part 1 of the interview, in which Andy Stanley discusses the controversy surrounding his provocative sermon series, Who Needs God.

What are you hearing from new believers as to why they are becoming Christians?

Those reasons never change, although trends may shift a bit. One of the things we do when we baptize new believers is show a video of each of them to the church detailing their story of faith. It’s a requirement—we won’t baptize you unless you’re willing to make that public statement in that way. Honestly, it keeps our numbers low, but it makes our baptism impact very high. It becomes an extraordinary celebration. We baptize one to three people per service at all of our campuses every other Sunday. We put baptisteries in our middle school and high school environments so younger believers are telling their stories to their peers as they are getting baptized. We take baptism as a public declaration super seriously, and we want them to go public in front of their public.

Based on thousands of those baptism videos—and I’m thinking of college students and older here—there are the old, consistent stories. Pain. Brokenness. The dead ends of skepticism. Recovering from bad church experiences. Dealing with loss. Divorce. Business fallout. Losing children. I hear all the typical stories of the Prodigal Son, who had everything he ever wanted until suddenly he woke up and realized that he was missing what he needed most: a connection to his Father.

The church that has the low rungs on the ladder and is the most welcoming, that has the best reputation in the community, those are the ones that will be doing the most evangelism. Brokenness leads to repentance. Sorrow causes everybody to look up. That’s an on-ramp to faith. We need to capitalize on that in terms of how we talk about things, how we respond to people. One of our pastors here said years ago that we need to “walk toward the messes” in people’s lives. That’s right on. That’s what Jesus did.

One of the digs that people make about megachurches like ours is that we “don’t make it about the people.” That is so not true, and it’s an insult to everybody who attends a megachurch. It’s like saying they’re all just sheep, who’ll do anything the guy on the stage says. When I read those kinds of things, I want to invite people to our elder’s meetings, our stewardship meetings. These are doctors, lawyers, CEOs. People who are new Christians or have been Christians forever. These are not stupid people. These are not the kind of people to do whatever the guy with the microphone is saying. We care so much about our community. We see opportunities everywhere for connection.

How do leaders prepare (or re-prepare) for ministry in our changing culture?

They need to examine the barriers—often through assumptions like I mentioned earlier—that stand in the way of people coming or returning to faith.

From Outreach Magazine  Mart Green: On a Quest to Eliminate Bible Poverty

What I want to know as a lead pastor is what makes it difficult or easy for you to invite your unchurched friends—regardless of race, belief or background—to our church. James said in Acts 15:19, a verse that hangs in all our buildings: “It is my judgment, therefore, that we should not make it difficult for the Gentiles who are turning to God” (NIV).

Think about this, from James the brother of Jesus to the apostles: “We should not make it difficult …” This is in relation to the Gentiles—who to those early Jewish Christians were the foreigner, the immigrant, the ones of different color and religion. That context is so timely for us today. We can see them as the “demographic challenge.” That means that we should take down all the barriers we can.

That’s the life verse for our churches. We’re not removing the barrier of the gospel—that’s offensive in itself—but we are working to keep the offense limited to the gospel, not how the parking lot works, not how we check kids in, not the fact that everybody on the stage is white and so on. What can we do to reduce the barriers? A church staff can’t fully know that. But the people can. We need to know how to survey them and get core people in a room from time to time and ask the questions that no leader wants to hear the answer to, because we’d like to think that we’re doing everything perfectly already.

Let’s make sure that we aren’t making it difficult for those who are turning to God.

From Outreach Magazine  Share Your Skittles—An Unexpected Lesson on Ownership

How does apologetics relate to not making it difficult to believe?

We pastors (I think it’s the way we’re trained) have a knack for devaluing what unchurched people value. That’s a terrible mistake. It makes me cringe. We should never devalue or make fun of people’s life assumptions. It’s like raising kids. You can correct your kids constantly and be right every time. And if you do the right thing the wrong way, your kid won’t come home as soon as they’re old enough to get out of the house. You will have made your point. And lost your influence.

You increase your influence by valuing what people value, and slowly, over time, helping them see that there’s another way to think. You can do that without being critical. Look at Jesus. The only times he was overtly critical was with religious leaders, when he was confronting their hypocrisy and theology. But the tax gatherers and sinners? He started where they were. With stories, with meals, with spending time in their homes and allowing them to join his friends. That resulted in their emotional connection with Jesus, which is so instructive for us.

Can you give a practical example of that principle? How would it look in a message?

When I talk about sex, dating or other relationship stuff, it often makes sense to talk about the issue of believers marrying a nonbeliever. The traditional approach to that in a preaching setting is to say to the believers listening something like, “Ladies, if you’re a Christian, you shouldn’t date a non-Christian guy. Gentlemen, the same principle applies to non-Christian women.” Well, if you assume that nonbelievers are in the room, you’ve just offended all of them, whether you’ve meant it or not, because what they just heard is, “We’re better than you.”

Leading What You Didn’t Start 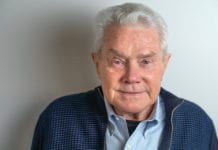 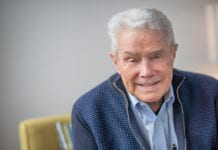