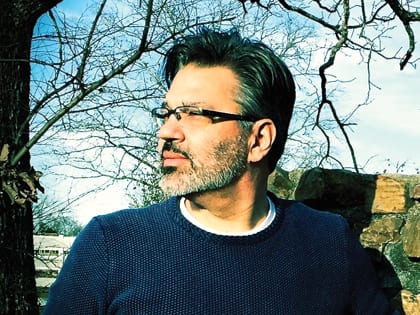 Mark DeYmaz: “To remain credible, we must adjust to a new reality”

Years ago I was sitting in a chair at the beach, at the ocean’s edge, when suddenly a particularly strong wave crashed ashore. The water rushed up over my ankles, and the chair sank into the wet sand. I stood up quickly, adjusted the chair, and as the wave receded sat down again in the same spot. Some time later another strong wave rolled in, and I repeated the process. But as the frequency of the incoming waves increased, I was forced to recognize the tide was changing. Adjusting my chair was no longer enough. To remain on the beach I had to move myself entirely. I had to adjust to a new reality.

Likewise, the strength and frequency of sociopolitical events related to matters of race, class and gender have steadily risen in recent years, forcing local church pastors, planters, denominations and networks alike to recognize the tide is changing. Where diversity is concerned, token adjustments are no longer an option. To remain credible, we must adjust to a new reality.

The past 10 years have seen an increase in interest, receptivity, pursuit and practice of multiethnic ministry. Churches today are twice as likely to have 20 percent diversity in their attending membership as they did 10 years ago. Church planting networks, like Acts 29, have openly declared their intentions to plant ethnically diverse churches, joining denominations that for many years have been doing so, such as the Evangelical Covenant Church.

In 2010, 400 leaders from 31 states gathered in San Diego for the first national multiethnic church conference hosted by the Mosaix Global Network; three years later, more than 1,000 leaders attended. Other conferences, like Exponential, are intentionally adding diverse speakers to the main stage.

From Outreach Magazine  Efrem Smith: An Outpost for the Kingdom—Part 2

Front-page articles in The New York Times, USA Today and The Wall Street Journal have recently featured growing church diversity. More books on the subject are being published, with even more resources on the way.

The pioneer stage of the movement will give way to the early adopter stage by 2020, when 20 percent of churches will have at least 20 percent diversity among attendees. By 2030, ethnically diverse churches will no longer be seen as anomalies, but as normative. Segregated churches will be seen as fringe and cultish, and their message of God’s love for all people as lacking credibility, in a society that values diversity.

Minority leaders will reject any attempt to suggest they are best suited to pastor their own people. They will expect to pastor diverse people in a multiethnic context, and should be empowered to do so. Diverse staff teams will become the norm.

Using attendance alone to measure the success of an otherwise homogeneous church will be replaced by considering the breadth of a church’s demographic base and its subsequent influence in a diverse community.

A growing number of evangelical leaders will recognize that lament, repentance, reconciliation and justice are not peripheral to the gospel but intrinsic to it. Personalities, past experience and preferences will necessarily clash in the formation of new values and metrics of success in churches seeking to become more diverse. A new tide is rising. Only the humble will survive.