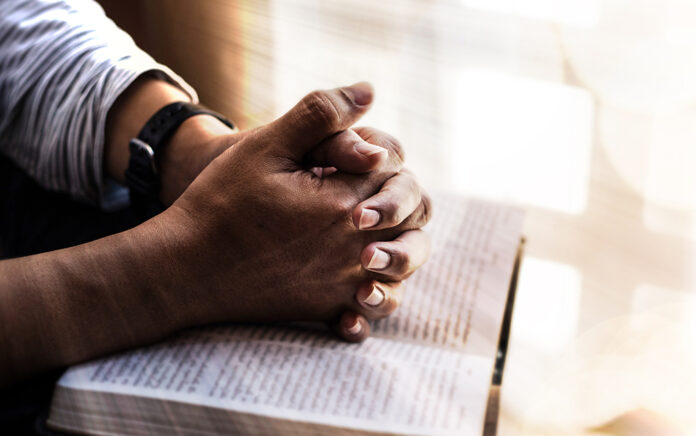 Let’s face it: We’ve been through the ringer the past couple of years. The hard times we have faced have taught us a lot about ministry—and about ourselves as leaders. In the middle of the pandemic, Andy Stanley tweeted: “In times of uncertainty, clarity will suffice. Leaders, we can be uncertain. We cannot afford to be unclear.”

We are still in hard times, and we will need reservoirs of resilience to make it through. As I think about resilience, I’m struck by how leaders throughout history—those actually in the arena—found resilience through four key things: renewal, resolve, redemption and reconciliation.

The Hope of Renewal

When we face seemingly insurmountable odds, we tend to focus more on surviving than on advancing. We may feel as if all we can do is keep our heads above water, but a resilient leader sees hope for renewal in the torrent of difficulty. As believers, we of all people have a hope that makes renewal ever possible.

Abraham Lincoln offers the key historical model here. His mission was to transform the cultural landscape of America’s participation in slavery and to unify a divided, war-torn nation. That’s an unprecedented to-do list.

His Gettysburg Address has gone down in history as one of the most potent, concise speeches ever given. It provides a glimpse of his leadership in crisis. In the speech, Lincoln resolves to look to the future for renewal with these famous words: “We here highly resolve that these dead shall not have died in vain—that this nation, under God, shall have a new birth of freedom—and that government of the people, by the people, for the people, shall not perish from the earth.”

In the unlikely space of a cemetery, Lincoln spoke of a new birth––a new song, if you will––and his resilience proved to be on point. He reminds us that no matter how dark the moment we are in, we can build a renewed and better future on the realities of the past. We may need the courage of Lincoln, but our hope in renewal is so much more than his. We are now renewing a nation; we are following Jesus and working toward his kingdom renewal work on earth.

In Acts 20, Paul spoke of his uncertainty of the future, except that he knew “imprisonments and afflictions” awaited him (Acts 20:23). Notice his resolve even with persecution looming: “I do not account my life of any value nor as precious to myself, if only I may finish my course and the ministry that I received from the Lord Jesus, to testify to the gospel of the grace of God” (Acts 20:24). When a genuine crisis comes, we lead by showing resolve.

Winston Churchill did just that in some of the darkest days of World War II. After becoming prime minister, Churchill was tasked with cultivating optimism and resolve in a nation facing grim circumstances. On June 18, 1940, Churchill gave his famous “This was their finest hour” speech, which has been called one of the greatest political speeches ever.

He called the nation to resolve: “If we can stand up to [Hitler], all Europe may be free and the life of the world may move forward into broad, sunlit uplands. … Let us therefore brace ourselves to our duties, and so bear ourselves that, if the British Empire and its Commonwealth last for a thousand years, men will still say, ‘This was their finest hour.’”

We are still working through a crisis—and it is far more than a pandemic. Pastors are discouraged, churches are struggling and it seems as if division is everywhere. We will need to take courage, firm in our resolve to follow Jesus and serve his people.

When we think of resilience, we know that our ultimate example is Jesus Christ, who “endured the cross, despising the shame, and is seated at the right hand of the throne of God” (Heb. 12:2). Jesus considered the redemption of humanity worth the resilience necessary to secure our salvation.

Anchoring our immediate circumstances in the larger work of Christ to redeem creates a base on which our resilience can stand. When we face ridicule, division or people who are angry with us, the fact of our sure redemption helps us to respond like Christ.

Corrie ten Boom taught countless believers how to respond through the lens of redemption. She is known for her book The Hiding Place, named for the secret room off her bedroom used by her family to offer refuge to Jews during World War II. Ten Boom modeled a unique kind of resilience: Choosing to forgive because of Christ’s forgiveness.

Speaking at a church service in Munich after the war, she saw a former S.S. officer who stood guard at the shower door when they were processed in the Ravensbrück concentration camp. The man came up to her after the service and said, “How grateful I am for your message. To think that he has washed my sins away.”

His hand extended to shake hers, but she remained frozen. Then she remembered Christ’s love. “Even as the angry, vengeful thoughts boiled through me, I saw the sin of them. Jesus Christ had died for this man; was I going to ask for more? Lord Jesus, I prayed, forgive me and help me to forgive him.”

From Outreach Magazine  4 Ways to Combat Segregation in the Church

Ten Boom reminds us that no matter how cruel people may be to us personally, we can see them through the forgiving, redeeming eyes of Christ. After all, redemption is central to who we are in Christ.

It’s often said that difficult times don’t build character, they reveal it. When we walk through hard seasons, we often focus on our differences more than our shared humanity. But Paul made it clear in 2 Corinthians 5 that our vertical reconciliation granted to us from God calls us to be ministers of reconciliation. He also constantly called people to walk in harmony with one another.

Martin Luther King Jr. spoke out against the injustices against the Black community, and his work continues to impact the ongoing struggle for racial equality. In his most iconic speech, “I Have a Dream,” he spoke of coming to the nation’s capitol to “cash a check,” one that was promised in the Declaration of Independence but was marked with insufficient funds toward African Americans.

King challenged those who have faced injustice not to respond with bitterness or hate, but to dream of the hope of reconciliation. His words calling us to work toward reconciliation with one another are something we will need, no matter how much turmoil we face.

The church is divided in far too many places. We need to find a path forward to greater unity, so we can engage the world with the message of Christ’s reconciliation.

So, as you lead, lead with renewal. Lead with resolve. Lead with redemption. And continue to work toward reconciliation. Churchill may be right: This could be our finest hour.