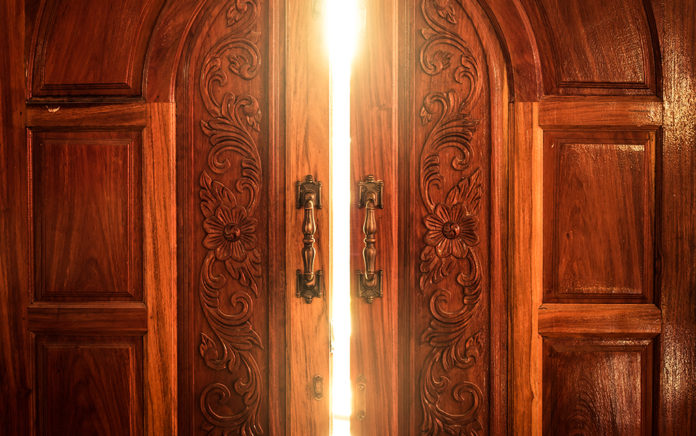 Whether partially or completely, churches and religious groups are starting to meet again across the country. More staff members are coming back to the office, and outside our safety precautions, things may be getting back to normal soon. However, before we leave the worse part of the pandemic behind, it’s worth reflecting a little on […]

Whether partially or completely, churches and religious groups are starting to meet again across the country. More staff members are coming back to the office, and outside our safety precautions, things may be getting back to normal soon. However, before we leave the worse part of the pandemic behind, it’s worth reflecting a little on some points that may well become continuing conversations in the future. Here’s four key areas I’d like to see discussed more in the coming year:

1. The implications for future evangelism. Think about just how much the media has been integral to surviving the lockdown. Just 10 to 20 years ago, we couldn’t have built a global movement in two to three months—it would have been impossible. In fact, 100 years ago it would have taken that long to send a letter and get a response—especially to another country. But within two weeks this year, thousands of churches in America were streaming their services on the internet, and now, we need to consider how that could change evangelism. I’ve always said that we need to stop thinking about “missions” just in geographic terms and start thinking in digital terms. At this moment there are 7.8 billion people on the Earth and an 85% literacy rate. That means nearly 6.5 billion literate humans are connected via online networks, where many people have access to all the knowledge in the world to collaborate with each other. What does that mean for reaching the world with the gospel? This is the moment to re-think world missions.

2. Church isn’t “building-centric” anymore. Over the last few decades, I can’t tell you the number of missions projects, media outreaches, and evangelism projects that have been put on hold because instead, churches wanted a bigger building. Building projects have become an obsession at many churches. My parent’s generation were builders and that’s where so many major Christian building projects began. But as the generations changed, we kept building—even when it was obvious a new generation wasn’t interested in paying for it.

But during the virus we discovered that people don’t need to assemble in a building to worship God. Naturally, we want to get back, and a worshipping community being together is an important thing—but it may be time to put our buildings in perspective. The early church didn’t need big buildings to change their world, and we don’t either. Build, but balance our building programs with more effective outreaches to today’s culture.

3. Online church is here to stay. While I believe most people will happily return to church buildings, I think a significant number will reduce those physical visits to one to two times a month and do the rest online. As one pastor told me, “I’ve spent months telling people how great online worship is, so now, how in the world will I get them back in the building?” Frankly, theology aside, there are a lot of people who will continue to stay at home.

But rather than worry about that, let’s connect with them as powerfully as we possibly can. Moving back into your building isn’t the time to let up on your online service. Keep creating great online experiences, keep connecting via social media, and keep that momentum going.

From Outreach Magazine  How the Sabbath and Generosity Are Linked

4. It’s time to rethink everything. At the start of 2020, who knew we could operate without a church staff in their offices? Who knew people would still financially support the church while worshipping from home? Who knew that people would actually connect online for worship rather than sleep in? Who knew “community” could happen at this level online? A few months ago, these—and other questions—were all unanswered. We weren’t even sure if the Church could survive.

But survive it has and in many cases with renewed mission and passion. Which means that now is the time to rethink everything you do. What else do we not know? What else could digital media change? What could be cut back and what could be expanded? When it comes to pure ministry, do we really need everything we’ve been doing for the last number of years?

People have experienced one of the most dramatic changes in our lifetime. We’ve endured a great challenge and are overcoming it. To go back to the way we’ve always done it, would be the greatest travesty of our time.

This is the moment for the global church to be reborn.