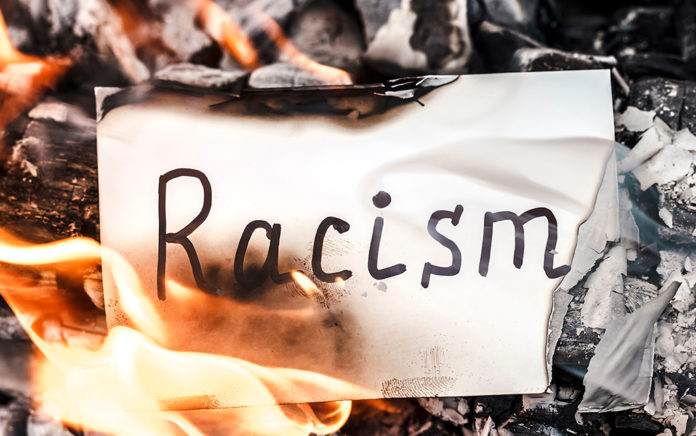 What a crazy time to be a pastor! Before the horrific events of the last few weeks, there was already a myriad of memes poking fun at the misery of 2020. But in just the last few weeks pastors are making many decisions that are polarizing—from when and how to reopen the church to when […]

What a crazy time to be a pastor! Before the horrific events of the last few weeks, there was already a myriad of memes poking fun at the misery of 2020. But in just the last few weeks pastors are making many decisions that are polarizing—from when and how to reopen the church to when and how to speak about race. We are living in an extremely divisive time and COVID is the multiplier of frustration for people.

I have people frustrated with me for how I have spoken about racism in these last few weeks or how much I have spoken about racism in the last few weeks—from personal posts on social to comments in our worship services. The expressed frustration that I am speaking too much (there could be others frustrated but I am speaking about those who have expressed frustration) has come from whites to me—a white pastor. Based on conversations with other pastors, I know I am not alone. So, I thought I would provide a snapshot of how I am responding to hopefully encourage other pastors. Here is how a white pastor is responding to critiques from white people about speaking about race:

Critique No. 1: Eric, isn’t every person and race important. Why single out one race?

Like all illustrations this falls short, but imagine my daughters are playing with a group of friends in the street. And one of my daughters is bullied and hurt badly by someone else. When I rush outside to care for her, do I yell out that I love both Eden and Evie equally? As I am picking her up from the ground to carry her inside, do I tell her that her sister is just as important to me? Do I tell all the watching friends that I want them to be sure they understand that both my daughters are equally important? Of course not. By picking up my daughter who is hurting I am not saying to my other daughter that I don’t love her or that she is worth less. I am running to the one who is hurting.

Absolutely every single person and race is important. But not every race is feeling the weight of oppression and the sting of racism. We have nine black brothers and sisters on our staff at Mariners. On Tuesday we had our staff check-in—digitally as our team is working remotely. Our team wrote into the chat prayers for each person. And then we heard from our black brothers and sisters, as they shared how they are feeling. It was impromptu and it was powerful. The stories were painful and beautiful—painful because of the immense hurt in our brothers and sisters and beautiful because of their faith and courage. And their stories are not my stories. When Kaye tells me to “be careful” when I go on a bike ride, she is only referring to me not falling from my bike. This is not the case for my black brothers who ride their bikes. I have not had people move to the other side of the street or been called names because of the color of my skin. Though I can’t fully relate, I can and must mourn with those who mourn.

From Outreach Magazine  Death to New Life: An Easter Meditation

Critique No. 2: Eric, let’s be colorblind. Pointing out our differences is divisive.

God is not colorblind and neither should we be. Our differences are beautiful because God designed them to show off his glory and creativity and to receive worship from every single group of people. In the first book of the Bible we see God’s promise that people from all races will be made happy in Christ (Gen. 12:3). In the last book of the Bible we see that people from every tribe, tongue, and nation will be gathered around the throne (Rev. 5:9). In His beautiful and creative design, God made every race in his Image. As Christ followers we should appreciate every single race, and insist that every race be treated with respect. To mistreat or devalue a race of people is to disrespect our God.

Critique No. 3: Eric, what about the shop owners and the police? Are they less valuable?

Caring for black men and women is caring for a group of people who have endured a long history of racism. Our police officers and shop owners are not any less valuable and we insist that they be treated with honor and respect too. Both of those statements can be true. They are not contradictory. We have prayed for both the shop owners and police officers in our worship services. Several of our staff attended a peaceful protest this week. The team passed out water to the protesters, gave Grubhub gift cards to the officers, and was ready to help with any cleanup. We care deeply for our officers and want to honor them. We want to affirm the value of all people while also making it clear we are standing with those who are in pain.

From Outreach Magazine  Breaking the Cycle of Loneliness and Discouragement

Critique No. 4: Why are you being political?

I am not being political. I am being biblical. One of the most thrilling biblical doctrines in the Christian faith is the doctrine called the Imago Dei—or being made in the Image of God. All men and women carry a higher value than anything else the Lord has created. Unlike other aspects of His creation, humanity is able to express—though not fully—attributes of God. We are able to love, make wise decisions, lead and serve, create, walk in holiness, be patient, forgive, and show mercy. Because of the glorious doctrine of Imago Dei, every single person carries inherent worth and value and must be treated with dignity, care, and respect.

“There are no ordinary people. You have never talked to a mere mortal. Nations, cultures, arts, civilizations—these are mortal, and their life is to ours as the life of a gnat. But it is immortals whom we joke with, work with, marry, snub, and exploit—immortal horrors or everlasting splendors.”

The video images of Ahmaud Arbery and George Floyd are horrific and evil attacks on the Image of God. An image-bearer hunted and trapped in the middle of a street. An image-bearer handcuffed with a knee on his neck for a nauseating 8 minutes and 46 seconds. Not only are those images horrible but what they symbolically represent is also horrible. Black men and women have experienced being trapped and pushed down. Because we must speak for image-bearers of God, we must speak against those images.