Home Features Why You Should Wait to Share Your Idea 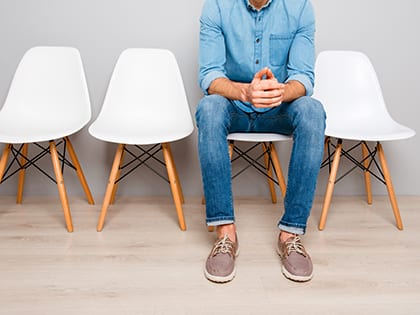 When the heavens open and your big idea, project or mission becomes clear, take some time.

In so many cases, when we’ve discovered our calling, or launched a new idea, project or mission, we want to shout it from the rooftops. I’m as guilty as anyone, because when a great idea hits, I want to share it with everyone. But there’s really good counsel in holding it back from some people—at least for a time.

In Exodus Chapter 4, Moses had just encountered God’s call through a burning bush. It was big, audacious, epic. He was out in the desert with nobody to share it with, and when he returned to his house, you’d think he’d want to tell everyone.

After an amazing encounter with God, where his life was re-focused on something remarkable, the Bible says, “Moses went back to Jethro his father-in-law and said to him, ‘Please let me go back to my brothers in Egypt to see whether they are still alive.’ And Jethro said to Moses, ‘Go in peace.’”

That was it. Nothing about “Hey Jethro, God has called me to lead millions of Jews out of Egypt to freedom.” Or perhaps, “The time has finally come! God has revealed to me that he’s freeing his people from Egypt!” Or even, “Hey dad, I finally got out of this rocky place. I’m heading back to Egypt to fulfill God’s call on my life.”

Nope. Just “Please let me go back to my brothers in Egypt to see whether they are still alive.”

Why did Moses hold back? No one knows, but I can imagine that he had a lot of processing to do. It was time for reflection, not magnification.

From Outreach Magazine  How Pro-Life Are We, Really?

HERE ARE THREE THINGS TO CONSIDER:

1. When the heavens open and your big idea, project or mission becomes clear, take some time.

I’ve discovered that when I blurt it out too soon, it’s like air escaping from a balloon. It loses its pressure, its energy and its urgency. So hold off. Let the idea percolate, and spend time thinking about the possibilities.

The minute you reveal your plan, the critics will hit, and if it’s not very well developed, you won’t have many answers—which will lead to self-doubt.

3. Finally, just because God reveals the idea, doesn’t mean he’s revealed all of the idea.

This may be bigger than you think, so give it a little time to develop before you announce it.

One key principle I’ve learned as our Cooke Pictures team has rebranded major organizations is that how and when you roll it out is just as important as what you roll out.

Have you ever wrestled with this issue?