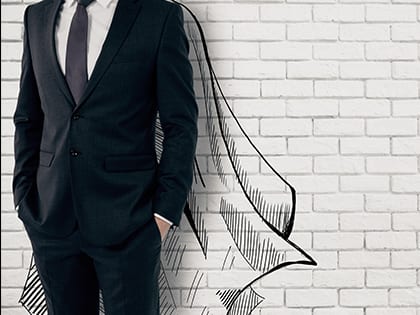 Great teams feel valued by those who lead them.

Teams that don’t feel valued often simply go through the motions, which dampens motivation and decreases productivity. Great leaders pay keen attention to how valued their team members feel. Poor leaders seldom even think about it. Evaluate your leadership against these five behaviors great leaders show.

1. Great leaders regularly tell and show their team members that they value them.

Thank your team members often. Tell them how valuable their contributions are even though their jobs may not be viewed as important as other ones. Use tangible expressions of appreciation. Discover what uniquely gives them a sense of value and communicate thanks in that way. The highest performing teams receive a ratio of six positive comments to one negative one.

However, praise should focus on effort such as hard work rather than attributes such as intelligence. Praise for effort keeps your team open to grow whereas praise for attributes can sometimes cause the person to become static in order to protect those attributes.

Support your team members so that they feel they are making headway. In one study, over 600 managers recorded at the end of each day the experiences that satisfied them the most. Progress on their goals and tasks satisfied the most, even more than receiving praise or recognition from their boss.

3. Great leaders teach their teams about healthy and unhealthy comparison.

Most people tend to naturally compare their efforts against others. Often such comparison leads to either pride or diminishes that person’s sense of accomplishment. Talk to your team members about the downsides of comparison and help them learn to recognize it when they begin to compare themselves with others. Teach that good comparison is comparing their personal efforts against their own efforts and goals.

Whether your teams are paid or volunteer, a good orientation process will help new team members feel valued, right from the get-go and help create a sense from them that you really care.

5. Great leaders value the insight and input from their teams.

Help your team realize that we naturally default to believing others see things as we ourselves do. It’s called the false consensus effect. Foster a healthy, open atmosphere so that everybody on the team feels free to share his or her views. Foster an atmosphere that not only gives everyone a chance to share his opinions, but welcomes his opinions as well. When you do, everybody can get a boost of the neurotransmitter, oxytocin, which helps build trust.

What has helped your teams feel valued?