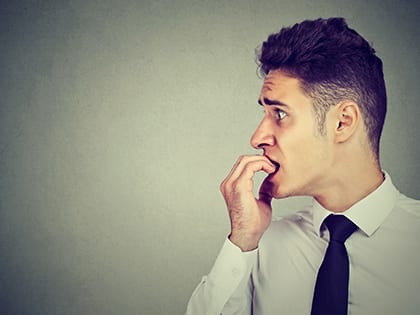 Through a calm presence with emotional people, a leader can act like an emotional step-down transformer, decreasing the group’s anxiety by letting it pass through him without getting zapped.

My dad was an electrical engineer and filled his shop in our basement with the most amazing gizmos. Transistors, capacitors, transformers, electrical tools and every conceivable gadget lined the shelves and entertained me for hours. My favorite gadget was a neon sign transformer. A transformer is a device that either steps up or steps down current. The metal green box in a yard down your street or the cylindrical container on a telephone pole near your house is a transformer that steps down high-voltage power to 220 volts that comes into your house. So what does a transformer have to with an emotionally anxious leader? Read on.

With my dad’s neon sign transformer, I made what is called a Jacob’s ladder. I attached two three-foot wires to the leads on each side, and bent the wires into a V. When I plugged it in, a multi-thousand volt spark started at the bottom of the V and arced to the top. In this case, the transformer stepped up the household current to over two thousand volts. My Jacob’s ladder created lots of really cool sparks that appealed to my geekish interests. And I got shocked by it only once.

A leader is like a transformer. By his responses, he can either defuse an emotional setting like a heated board meeting or can act like a step-up transformer by reacting and increasing anxiety, thus causing lots of not-so-cool sparks, as we leaders often do. Through a calm presence with emotional people, a leader can act like an emotional step-down transformer, decreasing the group’s anxiety by letting it pass through him without getting zapped.

Sometimes as leaders, however, we can characterize emotionality and anxiety one-dimensionally as defensiveness. But chronic anxiety, the low level anxiety we seem to never shake, fuels emotionality and shows up in eight ways that I call “the eight Fs of chronic anxiety.” It manifests itself differently in different people. As you read the list below, consider which F tempts you the most.

Flee: Emotionally or physically cutting off from others in anxious situations

Freeze: Not knowing what to do, thus not taking a position; offering no opinion and/ or staying neutral when you should take a position

Fuse: Losing your identity by glomming on to others’ wants and desires, compromising convictions, seeking unity at all costs and/ or trying to force everybody to be one big, happy family

Fixate: Easily getting triangled into unhealthy relationships and conflict

Fix: Overperforming to fix somebody else’s problems or doing for others what they should do for themselves

Feed/ fornicate/ finances: Inappropriately yielding to base impulses by turning to food, illicit sex/ pornography or inappropriate use of money

When we are tempted to deal with our anxiety with one of the 8 F’s, we must look to Jesus.

Jesus experienced the full range of human emotions. He wept when he heard that Lazarus had died. He became angry at the temple moneychangers. He felt a heavy heart in the garden of Gethsemane. Yet his behavior reflected anything but anxious reactivity.

Jesus’ response to his enemies throughout his trial and crucifixion, as 1 Peter 2: 23 illustrates, continues to amaze me.

“When they hurled their insults at him, he did not retaliate; when he suffered, he made no threats. Instead, he entrusted himself to him who judges justly.”

Every time I recall this verse, I stand in awe. Although Jesus possessed God’s power to destroy his detractors, he didn’t. Rather, he leaned into his heavenly Father to respond appropriately to hardship. Likewise, as we lean into our heavenly Father, he gives us what we need to say no to reactivity and dealing with our anxiety in unhealthy and sinful ways.

From Outreach Magazine  Now That You've Reopened ... Should You Actually Close Your Building Again?

The Bible tells us that the Lord has given us everything we need to live a godly life. Second Peter 1: 3 is so powerful as it encourages us with these words.

“His divine power has given us everything we need for life and godliness through our knowledge of him who called us by his own glory and goodness.”

God has crafted our bodies and brains, our souls and minds, and our regenerated hearts with the capability to cool our emotions in the midst of emotionality. Acting calmly when tempted to do otherwise glorifies him.

What has helped you deal with anxiety that ministry often brings?