Home Features ‘I Don’t Know and I Don’t Care’: The Rise of Apatheism 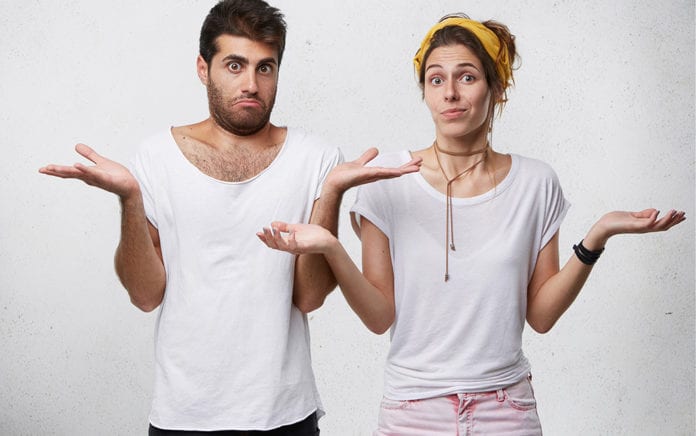 In the first ever State of Theology survey conducted in the UK, adults were asked what they believed about God, Jesus Christ and more. The headline? A third of all surveyed responded “I don’t know” to many of the questions.

For example, to the statement “There is one true God in three persons: God the Father, God the Son and God the Holy Spirit,” 29 percent agreed, 39 percent disagreed and 32 percent replied “Don’t know.”

Or consider this: “Biblical accounts of the physical (bodily) resurrection of Jesus are completely accurate. This event actually occurred.” Only 20 percent agreed, 46 percent disagreed and, again, 34 percent didn’t know.

Even more, 36 percent, didn’t know whether to agree or disagree with the statement “God counts a person as righteous not because of one’s own works, but only because of one’s faith in Jesus Christ.”

In fact, an article on the study concluded that “‘I don’t know’ was the top response to numerous questions about Jesus, sin, the Bible, salvation and other rudimentary theological concepts.”

“It’s actually tragic when you look at the survey and you see so many saying ‘I don’t know,’” Stephen Nichols, chief academic officer of Ligonier Ministries and president of Reformation Bible College, told Premier Christian Radio. “These aren’t just matters of life and death; these are matters of eternal life and eternal death. There can’t be any more consequential questions than the questions on this survey and so these I don’t knows are really troubling.”

From Outreach Magazine  Why Helping a Refugee Could Change the World

There are several responses that could be made to the seeming shrug of the shoulders toward theology. The most hopeful is, “Well, if they don’t know, let’s go tell them!” Yes, that would be the place to start. But it might be helpful to realize that there is more than mere ignorance at play. What if their “I don’t know” actually betrays a lack of interest, and not simply a lack of certainty? My sense is this would be the more accurate assessment.

There was an article in the Atlantic Monthly in which the author was describing his spiritual condition. Someone asked him about his religion. He was about to say “Atheist” when it dawned on him that this wasn’t quite accurate.

“I used to call myself an atheist,” he ended up responding, “and I still don’t believe in God, but the larger truth is that it has been years since I really cared one way or another. I’m (and this was when it hit him) an … apatheist!”

But it’s what he wrote next that haunted me:

“I have Christian friends who organize their lives around an intense and personal relationship with God, but who betray no sign of caring that I am an unrepentantly atheistic Jewish homosexual. They are exponents, at least, of the second, more important part of apatheism: the part that doesn’t mind what other people think about God.”

And sadly, this seems an accurate reflection of our day. In a U.S. version of the same “State of Theology” study, to the statement, “It is very important for me personally to encourage non-Christians to trust Jesus Christ as their Savior,” a mere 38 percent of American evangelicals strongly agreed.

From Outreach Magazine  Preaching to the Unchurched: 5 Essentials

So while there was widespread lament to the “I don’t know” headline of the survey, the greater lament should surround the greater headline, true of believers and non-believers alike:

Jonathan Rauch, “Let It Be,” The Atlantic Monthly, May 2003 Issue, read online.