Home Features Why We Are ALL Missionaries 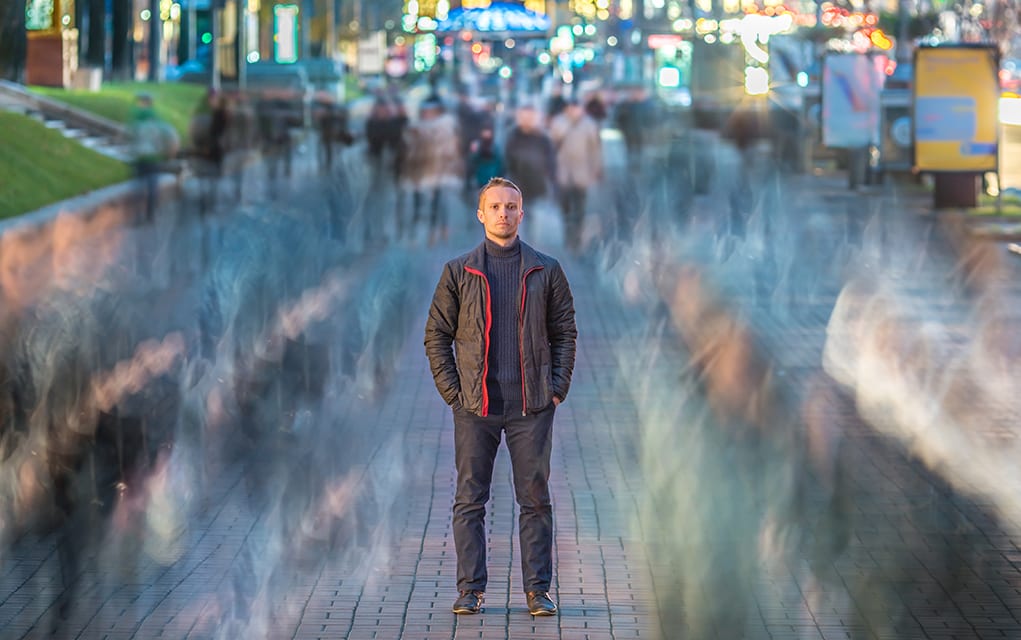 We once thought ourselves a religious majority, but we are now a convictional minority. We’ve got to shift our thinking.

Don’t get me wrong. We ought to love our church. (I know I love my church.) And the Church (with capital C) is the bride of Christ, destined for eternity with God. But here on earth we must face the reality that our culture is not to be our primary identity.

STRANGERS IN A FOREIGN LAND

First Peter 2:11 tells us that we are strangers and exiles. This land is not our home. But part of the challenge is that a lot of people want to fight for their homeland instead of acknowledging that we’re supposed to have the mindset of foreigners and exiles.

Let’s put this into the facts that we know about our population. If the percentage of people who are nominally Christian is shrinking and nominal Christians become

Nones, then we are dwelling in an increasingly secular land.

As a result, we need a reemphasis on gospel clarity. Being labeled Christian no longer means a ‘social Christian’, but instead is someone who’s been changed by the power of the gospel, if indeed you have. This is a vital theological shift in the way we are viewed and should view our land.

Understanding these shifts is necessary in part because we live in an age of outrage. People in our land get ticked off over things that they don’t like. This calls us to gospel clarity. And missionary identity, seeing ourselves as strangers and temporary residents, is what will pull us towards showing and sharing the love of Jesus as we should.

WE ARE A CONVICTIONAL MINORITY

At one time, we were perceived (incorrectly, I think) as a religious majority. Today, we’re a convictional minority. This is key, because when you’re a convictional minority, you don’t fit in the mainstream of culture. We are statistically a minority of people in our culture who think differently than the mainstream culture. We are not walking around thinking, We’re the majority. You’re going to do what I say. You’re going to accept all my standards.

A lot of people still think Christendom when they think American, Canadian, British, or whatever. They believe they need to take back the country, because it’s theirs and others are interlopers.

From Outreach Magazine  A Lasting Legacy of Evangelism

The reality is, we are the interlopers. We are the strangers and foreigners. When we think like a convictional minority, we’ll engage culture less with “You owe me” and more with “How can I engage you the culture we are in via the mission we are on?”

Christendom has died. Not Christianity, statistically, but Christendom. The prevailing idea of a Judea-Christian worldview is no longer something we can take for granted. We are in a post-Christendom age. Our focus must now be more on mission, evangelism and the like.

Sorry, Christian, we are not birthright owners. We are exiles. Many sincere Christians have seen America as a new Israel. When Ronald Reagan said, “We will be as a city upon a hill,” some saw some divine relation to a specific nation. But, let’s be clear; Reagan wasn’t quoting the Bible; he was quoting John Winthrop standing on the deck of the Arabella in 1630.

God loves all people. And perhaps we have great responsibility because we occupy “a great land between two great seas” (another Reagan gem). But we are not the new Israel. Our covenant relationship with God is no covenant like the Old Testament.

Sure, we can pray, “Lord, heal our land,” but 2 Chronicles 7:14, where God says, “If my people, which are called by my name, will humble themselves and pray, I will hear from heaven and heal their land,” is not about us. It’s about ancient Israel in the time of King Solomon, who was about to go off the deep end into idolatry. We need God to heal our land, but we don’t have a land in the same way as King Solomon.

We’ve got to stop the Israel thinking, which is, This is our place, our home. Instead, we must consider that we are foreigners and strangers in exile. It’s someone else’s home. We’re not Israel. We’re Israel in exile.

Jeremiah 29:5 speaks to those like us in exile. Sure, plant gardens and grow and flourish and more. But always remember you’re in Babylon.

This makes all the difference. Why? Because only then will we have exile thinking and gospel focus. We begin to think about our mission to engage a culture that God loves and wants to redeem and restore to himself.