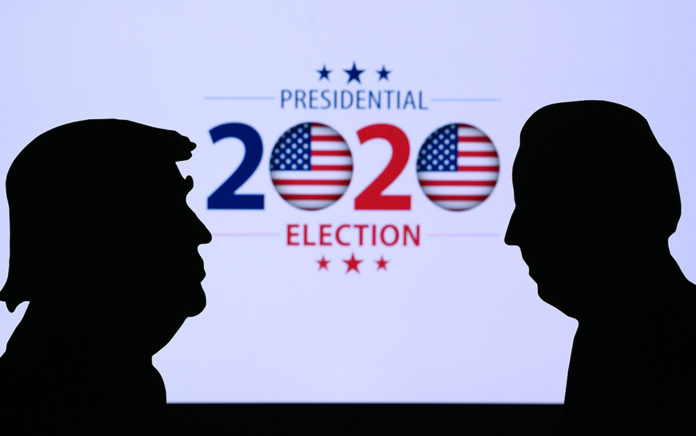 3 brief thoughts in the wake of the election

By all accounts, this has been a strange year. So perhaps it shouldn’t surprise us that a presidential election has come (and gone) without us knowing the clear winner. In due time, we will learn the results of Tuesday’s vote. Until then, what should Christians do in the upcoming days and weeks?

At The Summit Church, we dedicated a lot of time in the last month to the difficult questions of politics. It’s not my intent to cover all of that ground again. But as we await election results, I wanted to offer three brief thoughts for my fellow Christians:

While this election is significant, it pales in the light of eternity. The prophet Isaiah wrote, “Behold, the nations are like a drop from a bucket, and are accounted as the dust on the scales.” (Isa. 40:15). In other words, what seems so enormous to us is, from God’s perspective, remarkably small.

One day, the United States will be a footnote in history. But the kingdom of God, ruled by Jesus Christ, will last forever and ever. We cannot remind ourselves of this often enough. In Acts 17, the apostle Paul explained that God controls world politics so that the nations “would seek him and perhaps reach out for him and find him” (v. 27).

Things in our earthly kingdom may be in flux, but things in our heavenly one are right on schedule. Politics is not the endgame, the completion of the Great Commission is. However God arranges the next political chapter of our country, my primary assignment is still crystal clear.

So, we can be patient—more than patient, calmly patient, even relaxed—knowing that God is in control. No political outcome can affect our citizenship in the kingdom of heaven, where our primary allegiance lies.

Having trouble with this? Ask the Spirit of God for help. Patience is a fruit of the Spirit-filled life, an indication that God is at work within us (Gal. 5:22). As difficult as it is for us to wait (We’ve been waiting months for some resolution, after all.), waiting is precisely what God has called us to right now.

2. Show Empathy for the Concerned and Fearful.

Empathy means seeking to see situations through others’ eyes. In this situation, empathy means seeking to understand why someone who voted differently than you feels as they do, what motivates them, what animates their passions. What were they most concerned about in this election? What fears motivated them? What justice questions most concerned them?

In his recent book, Before You Vote, David Platt gave some tangible action steps toward political empathy. Try to find something you can legitimately praise in the other party. Name it.

From Outreach Magazine  The Counterintuitive Truth About Multisite Campuses

So for sincere Christians who lean right, ask yourself: Why is it that a Trump presidency—or a second term—causes such anguish and fear among so many? And after you ask, listen.

For sincere Christians who lean left, ask yourself: What good and healthy motivations were there for people to vote for Trump? And after you ask, listen.

Seeking to understand this doesn’t necessarily mean agreeing with their political calculus, but you can at least try to see it through their eyes—and give them the benefit of the doubt about what motivated their vote.

Regardless of the presidential winner, many of our fellow citizens are going to respond with legitimate concern, even fear, for what this election means for our country. Respond to them with empathy. Empathy doesn’t require that you agree with everything that troubles someone, but it does require that you value them highly enough to ask questions, to acknowledge their hurts, and above all, to listen.

This has certainly not been a political season marked by empathetic understanding—in the church or otherwise. Based on what we see on social media, you’d think there were only two options: Marxist or racist; communist or fascist! In the church, we should be different. As much as we are able, we give each other the benefit of the doubt about motives.

There’s no reason empathy can’t begin now, with you and me in the body of Christ. Such gives off the fragrance of Christ.

3. Rally Behind Our True Flag.

In ancient Israel, the Israelites called God “Jehovah Nissi,” which translates literally “The Lord is my banner.” God himself was the flag that the ancient people of God marched behind.

As Christians, we live as strangers and exiles in this country—which means we participate in it and work toward its flourishing (Jer. 29:7). But we must always remember that while politics are important, they are not issues of first importance. The solutions we need most, even in 2020, are not primarily political ones; they are heart ones.

The primary flag we rally behind is not Republican, Democrat, Libertarian, Green Party, Constitution Party, Independent or anything else. Ultimately, we are not the party of the donkey or the elephant; we are the people of the Lamb. Our hope doesn’t come riding in on the wings of Air Force One; it was born into a manger 2,000 years ago.

For weeks, Christians have been asking, “Whose side is God on in this election?” As Pastor Tony Evans says, this sounds a lot like the question Joshua asked the angel of the Lord before the battle of Jericho, “Are you for us or for our enemies?” To which the angel replies, “Neither, but as Commander of the Lord’s army, I come.” In other words, Jesus didn’t come to take sides. He came to take over.

Regardless of who is in the White House or who controls the chambers of Congress, we must continue to speak up for justice, righteousness, and human flourishing in all spheres. The wickedness of abortion and the devastation it creates is real. So is the harm that comes from neglect of the poor. Oppression and discrimination leave lasting damage, and we must speak up for the voiceless. Losing our understanding of family and gender and the freedom to preach those things without obstruction would be a great loss for our country. God calls us to play the role of prophet.

From Outreach Magazine  One Conversation: God Speaks Through a Casual Encounter

Our prophetic critiques should not reflect only the concerns of one side of the aisle, either. If we are representatives of the kingdom of heaven, we should be a little confusing—like we don’t quite fit neatly in one political box! If you find yourself only talking about abortion and never the plight of the poor, you are probably out of balance as a disciple-maker. If you only talk about the injustices created by lingering racism, you are also likely out of balance.

This is not to say there’s never a wiser or more godly choice in an election. Often, there is. The point is that as the body of Christ, we should seek to represent the kingdom of God and not just one side of the political spectrum. Be the people of the Lamb.

These are turbulent times. It’s easy to look to the future with fear. And while difficulties certainly lie ahead, one thing we must never do is despair.

The good news—in the end, Jesus wins. Our ballots may all be cast, but from an eternal perspective, the only vote that mattered was the one cast on Easter Sunday. When God raised Jesus from the dead, he issued an authoritative and ultimate statement about where history was headed. The certainty of Jesus’ eternal victory is as true today as it was then. And thank God it’s not contingent on what happens in any given November.