Home Features Why Being ‘Good Enough’ Will Never Be Good Enough 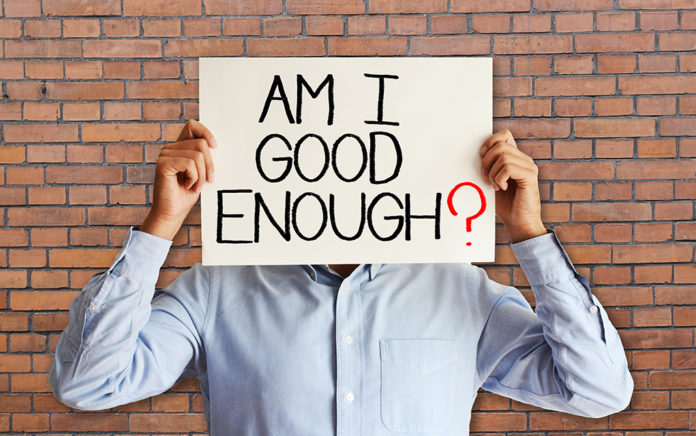 My family loves the movie The Greatest Showman. It’s the (highly embellished) account of P.T. Barnum’s rise to success. There’s a moving scene where his prospective father-in-law tells Barnum he’ll never be good enough for the man’s daughter. He says, “She’ll see that and one day come back; she’ll grow tired of the poor life […]

My family loves the movie The Greatest Showman. It’s the (highly embellished) account of P.T. Barnum’s rise to success. There’s a moving scene where his prospective father-in-law tells Barnum he’ll never be good enough for the man’s daughter. He says, “She’ll see that and one day come back; she’ll grow tired of the poor life you are able to give her.” That played to a deep insecurity Barnum had, one that we all have. No matter how successful he was, he was never satisfied. Barnum’s wife begged him to realize he was good enough, but he just couldn’t shake it.

Most of us live our whole lives plagued with the question, “Am I enough?” So we try to prove to others—and ourselves—that we are. Am I strong enough? Hardworking enough? Smart enough? Pretty enough? Skinny enough? Good enough?

And even if you are enough right now, you live with the fear that one day you won’t be. Michael Jordan was the greatest basketball player of his generation—and, for those with eyes to see, of every generation. But one day he’ll be forgotten. Michael Phelps is the greatest Olympian alive, but that distinction won’t last forever.

From Outreach Magazine  The Hole in Your Outreach Strategy

Identity, simply defined, is your self-definition of who you are, your value, and the role you are here to play. I’ve always found Pastor Clayton King’s definition of identity helpful: Identity is what the most important person in your life thinks about you.

Who is that for you?

The American College Health Association has noted the rising anxiety in this generation of students entering college, and they say it’s because the primary message children receive is that they had better be the best at everything or they won’t make it. It’s made exponentially worse by social media because everyone is creating a fake “best” version of themselves to compete with everyone else’s fake version. They’re afraid to reveal their inadequacies and insecurities.

The apostle Peter tells us we can stop this frantic race to the top: “But you are ‘a chosen race, a royal priesthood, a holy nation, a people for his possession’” (1 Peter 2:9). Because Jesus is our foundation, we have a new identity. God chose us to be in his family.

And, we are a people for God’s possession. The King of Kings has set his affection on us.

From Outreach Magazine  No, Christians Don't See the Eclipse as a Sign of the Apocalypse

What more do you need to be “enough”? You are not enough because you are more remarkable than someone else or because you made it to the top. You are enough because the most important person in your life—Jesus Christ—loves you, stands behind you, and has put you into service.

You will never win enough to feel like you are enough. Thank God, you don’t need to.

Jesus won for you. He values you and promises he has a plan to use you for good. That is enough.