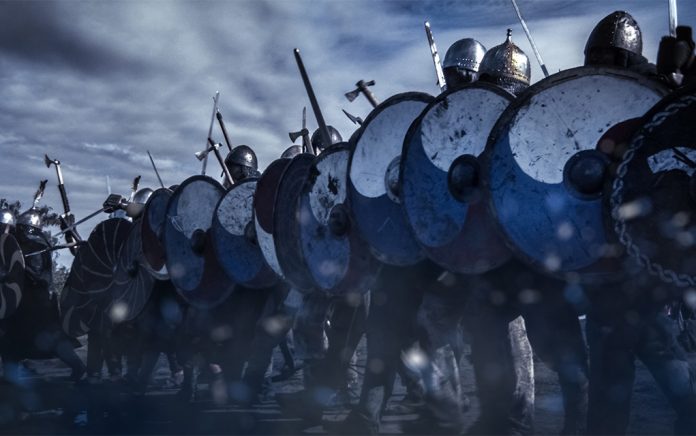 Knowing the Enemy’s tactics helps us not to be blindsided by his attacks.

The problems we face are commonly packaged in circumstances like financial crunches, people conflicts and strategic challenges. These are all very real.

Yet, Scripture reminds us there is something else, something larger, in motion.

If you are a leader in the church, you have a role in the battle between good and evil.

It’s a spiritual battle that plays itself out in the natural realm.

We know this is true and all too real, but are there practical ways to help us to take a stand?

One of the best ways to defeat the Enemy, rather than be defeated, is to know his tactics.

If you know what the Enemy is up to, you can be on guard.

There is no need to be paranoid or fearful, but instead possess a quiet confidence knowing that “the one who is within you is greater than the one who is in the world” (1 John 4:4).

When you know where the land mine is, you can avoid stepping on it.

It’s not likely that unbridled pride will be your downfall. You can see that coming, but pride can be sneaky.

The Enemy is a schemer. It’s more likely to be subtle, even masked as something positive in nature.

It often comes creeping up in the form of “I can do it.” But not the healthy version that believes “I can do all things through Christ who strengthens me.” But an unwise independence that thinks you can do it yourself.

Things aren’t working so you work harder instead of leaning more on God. I’ve been guilty of that. Have you?

Self-sufficiency is a devious scheme of the Enemy. We don’t really believe we can lead without God’s help, but we often behave like we do.

Lean into genuine humility, and openly depend on God.

The Enemy loves it when churches split, staff teams compete and church leaders don’t get along.

From Outreach Magazine  John Teter: The Myth of the Perfect Evangelist—Part 1

Division is the quiet killer of the church. It’s birthed behind closed doors, and when it gets out it’s a monster.

When you do have it it’s not guaranteed forever, and if it falters you can rebuild it.

Unity is a form of spiritual alignment that requires intentional leadership.

Similar to how vision leaks, unity can slip through your fingers.

Fight for unity in spirit, culture, vision and oneness on the team.

If I had listed the tactics in order, this might have been No. 1. I’ve seen discouragement take out more church leaders than anything else, especially if it’s prolonged.

You are most susceptible to discouragement when your perspective is off-center. When you think things like you are alone, no one cares and nothing is working, you are not seeing things clearly.

Essentially, the Enemy gets you to believe lies and those lies discourage you.

Get some time with a trusted friend to help you see more clearly. Take some time to talk about it and seek wisdom from someone with a clear perspective.

Look for the good God is doing.

Yes, you have to be honest about the reality of your ministry, but there is always something good to be grateful for. Focus on the good to gain encouragement so you can work on the areas that need improvement.

On many a Monday morning a scary number of pastors and church leaders want to resign. Some Tuesdays aren’t so hot either. Have you been there?

Yet you rethink the idea of quitting and stay, but perhaps pull your foot off the gas just a little. It’s not that you don’t care, but it’s easy to slide into a more comfortable place of complacency thinking “This is good enough.”

That’s what the Enemy wants. He knows you will probably not quit, so he’s happy to have you let up on your fierce commitment.

The message here is not to overwork, but to keep your hot heart for God, and pursue him first. Your intimacy with God is the fuel that fires up your commitment to the mission.

Why are you in ministry? Remember your calling. Commitment brings fruit and joy.

5. The Enemy Prevents Peace (and Closeness With God) by Busyness.

The peace of God is a great and beautiful gift. Of course the Enemy doesn’t want you to have it.

And what better scheme to steal it from you than while you work in ministry.

Don’t let ministry busyness crowd out your time with God, your family and some fun along the way.

Remain focused and purposeful. Learn to say no, and slow down for your most important relationships.

Humility, unity, joy, commitment and peace are not new to you, but perhaps you can see them in a different light.

Don’t make them another to-do list. Don’t make this more work for yourself, or you may end up inadvertently stepping in more busyness.

“We must ruthlessly eliminate hurry from our lives.” —Dallas Willard

This is a lifetime process.

(A simple, but not so easy, plan of engagement.)

We can see that ours is not a passive role and that we are called to take action in the spiritual battle.

“Put on the full armor of God so that you can take your stand against the devil’s schemes.” —Ephesians 6:11

Paul closes this passage by reminding us to pray in the Spirit on all occasions with all kinds of prayers and requests (Eph. 6:18).

With this is mind, be alert.

Prayer is the most powerful force in the world.

3. Trust God Because You Know in the End We Win.

In terms of the spiritual battle, we’re going to win, but we still have to fight.

There will be times when it doesn’t seem like you are winning at all, and progress is hard to come by. Or you may actually be losing ground.

This is when the Enemy kicks into overdrive with the five tactics.

Put on the armor, pray and trust God. God is with you.

What Kinds of Churches Will Survive the Pandemic? 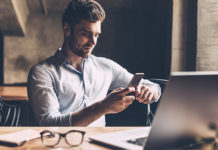 Witness During the Time of the Coronavirus