Home Features 5 Symptoms of Religion (Without the Gospel) 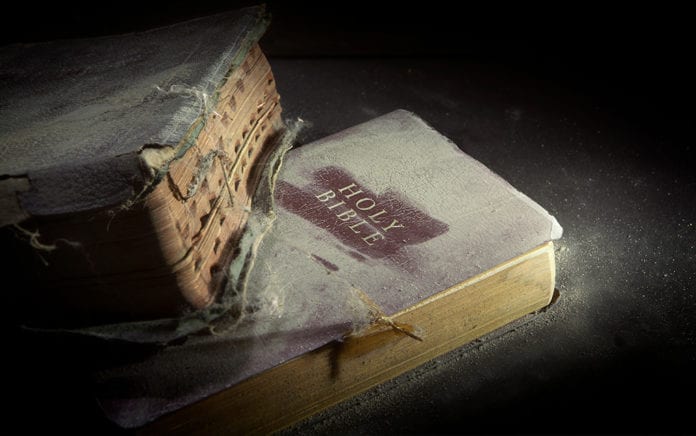 Do a quick check to see if any of these attitudes are sneaking in to your heart.

Religiosity is like this strange disease—when you have it, it makes everyone around you want to vomit. Even the Apostle Paul, in some ways, thought religious people were capable of some pretty terrible things.

“Now if you call yourself a Jew, and rely on the law, and boast in God … and if you are convinced that you are a guide for the blind, a light to those in darkness … You who preach, ‘You must not steal’—do you steal? You who say, ‘You must not commit adultery’—do you commit adultery? You who detest idols, do you rob their temples? You who boast in the law, do you dishonor God by breaking the law? For, as it is written: ‘The name of God is blasphemed among the Gentiles because of you.’” —Romans 2:17–24

In case you’re wondering: Yes, the Jews did all those things. The Gentiles and unchurched people could see that under a thin veneer of religion, Jews had the same corrupt heart as everyone else. And, if anything, their religion had just made them worse.

There are five qualities religion produces in people then and still today (I’ve adapted these from Tim Keller’s excellent commentary on Romans 1–7):

1. Religion Apart From the Gospel Produces People Who Are Smug.

People who trust in religion walk around with a subtle but nauseating air about them, as if they have everything together. If you think this isn’t you, ask yourself: When you hear about your friend’s kid acting up in school, is your gut response, “My kid would never do that,” or is it more like, “Sounds about right, because parenting is impossible. My kid’s got worse problems than that, and thank God for his grace because without it all our kids would be doomed”? Be honest.

2. Religion Apart From the Gospel Produces People Who Are Overly Sensitive.

Because their identity is built on their righteousness, other people can’t ever undermine it or question it. And if someone does question your goodness, watch out. That kind of criticism suddenly becomes deeply bothersome, even devastating.

When someone confronts you about your sin, what’s your response? Do you get defensive? Do you start populating a mental list of all the problems the other person has? Or do you receive that rebuke and ask God to help you hear it? (I said, be honest.)

3. Religion Apart From the Gospel Produces People Who Are Judgmental.

Those who trust in religion need to find others worse than they are. Righteousness becomes a competition, and the only way for me to win is to elevate myself above someone else. This makes us the kind of people that can point out something wrong with just about everyone (okay, literally everyone), but it makes us strangely ignorant of our own faults. What’s worse, it makes us incredibly harsh toward the sins of others. We do not approach others with compassion, but with judgment.

“You will be at best cold, and at worst outright condemning, toward those who are struggling. Rather than speaking words of encouragement to the struggler, helping to lift them up, you speak words of gossip about them to others, to show yourself in a comparatively good light. A sign of this condition is that people don’t want to share their problems with you, and you are very defensive if others point out your problems to you.”

Am I stepping on any toes yet?

4. Religion Apart From the Gospel Produces People Who Are Hypocritical.

Keller says, “A real Christian finds the Bible ‘living and active;’ when they hear it or read it, they are convicted, comforted, thrilled, disturbed, melted, slammed down or lifted up.”

What must not happen when we read the Bible is to find it merely interesting—or worse, to find it endlessly applicable to someone else.

5. Religion Apart From the Gospel Produces People Who Are Insecure.

Living with these questions as our fuel is not only exhausting for us; it’s exhausting for everyone around us, too. It makes us grandstand and show off our virtue. It makes us cultivate a perfect picture of ourselves to put on social media. It constantly demands that other people affirm us. And when we are putting that kind of pressure on everyone around us, they’re bound to sink under it.

Paul’s argument in the book of Romans is one of the harshest condemnations of religion ever written. Paul lashes out against religion, not because it is of no value, but because it is so often the basis of self-justification. Without the gospel, religion becomes a poison that makes us smug, overly-sensitive, judgmental, hypocritical and insecure.

In contrast, when we live in light of the gospel, saturated in the grace of what God has done for us in Christ, we are transformed from one degree of glory to another—not by a new law or by a stronger religion, but by the Spirit of freedom and life.

ABOUT US
Sharing stories of outreach, helping Christian leadership discover the ideas, innovations and resources that will equip them to advance the kingdom of God through the outreach efforts of the local church.
Contact us: [email protected]e.com
FOLLOW US
© Copyright - Outreach, Inc