Home Features Why We Should Let Our Kids Struggle 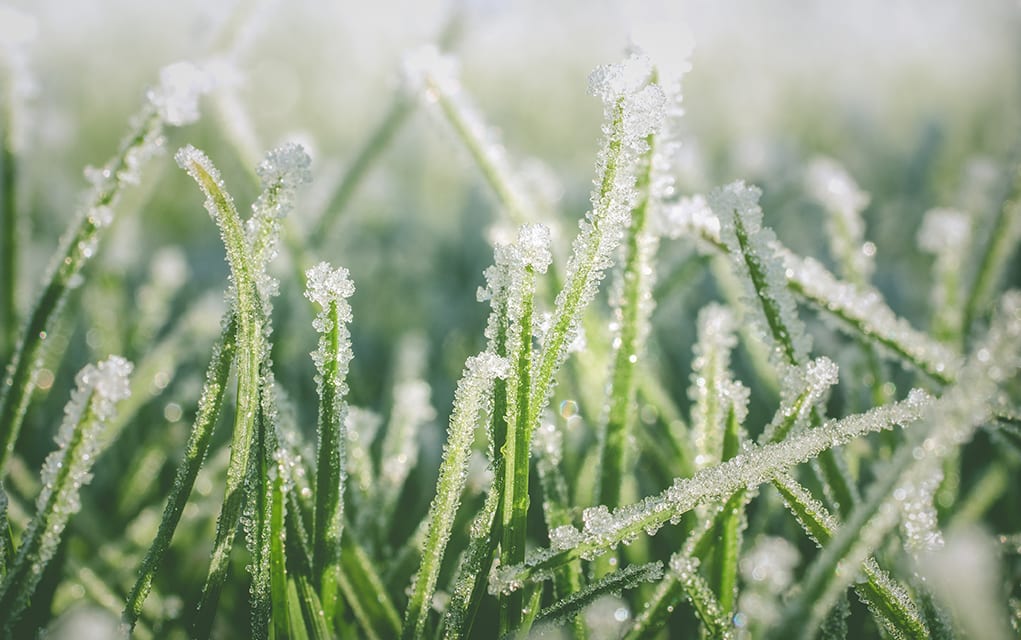 We have forgotten the fact that facing adversity is often essential for strengthening our faith.

There’s a new parenting category. You’ve heard of helicopter parents, free-range parents, tiger parents … now there’s “lawnmower parents.” What does a lawnmower parent do? They “mow down all of a child’s challenges, discomforts and struggles.”

The idea has taken hold due to a viral post from an online community for teachers that said, among other things: “In raising children who have experienced minimal struggle, we are not creating a happier generation of kids. We are creating a generation that has no idea what to do when they actually encounter struggle.”

The teacher author shared a story of “being called to the office, expecting to retrieve a student’s forgotten meal money or inhaler. Instead, a sheepish parent in a suit was dropping off an expensive water bottle after repeated texts from a child. Water fountains exist all over the school.”

This was actually tame.

Here are some of the “lawnmower” stories that came in as a result of the post:

• The parent of a high school student who asked a teacher to walk their student to class to assure that the student would not be late.
• A parent who requested someone from the cafeteria blow on their child’s too-hot lunch to cool it down.
• A parent who called to schedule a make-up test when the student was clearly old enough to request a time.

To be clear, this is not about a parent’s willingness to help a child succeed. “The problem,” notes Hannah Hudson, Editorial Director for WeAreTeachers.com, “comes from a parent’s repeated efforts to eliminate any and all struggle so that children are ill-equipped when they grow up and life inevitably goes sideways.”

I’ve noticed that, whether as a result of lawnmower parenting or not, there’s also a growing trend among younger Christ followers in regard to handling adversity. In short, many are spiritual snowflakes.

For example, I recently read of a Christian couple who actually considered becoming atheists because they had difficulty conceiving a child. They did conceive, mind you, but because they had difficulty, they began to doubt the existence of a loving God. I’m not diminishing the emotional heartache of not being able to conceive. I am suggesting that elevating such things to the level of spiritual crisis, leading to the rejection of faith altogether, reveals a very weak and shallow faith. A faith that had never been exposed to real challenge or, at the very least, never been discipled for a life of challenge.

This is deeper than the “health and wealth gospel” that is no gospel at all, being proclaimed in 4 out of every 10 evangelical churches. This is broader and more insidious. It’s the belief that we are entitled to a life free of difficulty and challenge, and when difficulty and challenge come our way we shake our fist at God in either doubt or condemnation. Or we simply collapse emotionally and spiritually and wallow in self-pity, elevating our issue to the level of Jeremiah’s lament or Christ’s passion. There’s no spiritual toughness, no spiritual backbone.

From Outreach Magazine  The UnFormation Age: Reclaiming the Lost Art of Christian Mysticism

In his most recent book, Malcolm Gladwell explores several ideas, but his central exploration is how it is weakness that often makes us strong. Or, more to the point, strength comes from overcoming weakness. I was particularly drawn to the second part of the book, “The Theory of Desirable Difficulty.” There he tells the story of David Boies, who credits his dyslexia for forcing him to compensate by developing skills of observation and memory. Gladwell asks: “You wouldn’t wish dyslexia on your child. Or would you?”

As a pastor, I’m often confronted with the confusion and bewilderment surrounding why God might allow pain and suffering into a human life. I know one of the reasons. It is to strengthen us, for what has wounded us most deeply is often what has made us who we are.

Think of how it works with our muscles. To build muscle, you have to actually tear the muscle. And then, when it heals, the scar tissue builds the muscle up and strengthens it.

Biologists have witnessed this in their work among plants and animals for years. They call it the adversity principle. They have discovered that habitual, ongoing well-being is not good for a species. An existence without challenge is not healthy.

You see it in the flabby animals at a zoo that have their food delivered to them every day.

You see it in rainforest trees—because water is everywhere, they don’t have to extend their root system more than a few feet below the surface. As a result, the slightest windstorm can knock them down. But a tree that is planted in dry land has to send its roots down 30 feet or more in search of water. Then, not even a gale force wind can knock those trees down.

It’s no different with our life. Our pain is often what has developed us, strengthened us, allowed us the ability to grow. And that is, of course, precisely what the Bible teaches: “… we also rejoice in our sufferings, because we know that suffering produces perseverance; perseverance, character; and character, hope” (Romans 5:3).

From Outreach Magazine  Think Delivery: Are You Meeting People Where They Are?

I am sorry for those who have early first trimester miscarriages, have a car breakdown when money is tight, have to put a beloved pet down or have a cousin who has shingles. But again, to elevate such everyday struggles to the level of spiritual or emotional devastation betrays a significant deficiency not only in faith, but in perspective.

I think of Corrie ten Boom who endured the horrors of Ravensbruck, the infamous Nazi concentration camp for women. (You can read her story in the anointed pages of her biography The Hiding Place.) After her imprisonment, Corrie traveled throughout the world, telling her story of suffering in the context of a faith in God. For 33 years following Ravensbruck, she never had a permanent home. When she was 85 years old, some friends provided her with a lovely home in California. It was a luxury she never dreamed she would have. One day, as a friend was leaving her home, he said, “Corrie, hasn’t God been good to give you this beautiful place?”

She replied firmly, “God was good when I was in Ravensbruck, too.”

So maybe the next time challenge comes, there should be less lawn mowing and certainly less wallowing. Perhaps we should just pick up a copy of The Hiding Place and be reminded of the role faith is meant to play in the face of adversity.

And remember that God is good to us there, too.

This article was originally published on ChurchandCulture.org. It is reposted here in partnership with James Emery White.