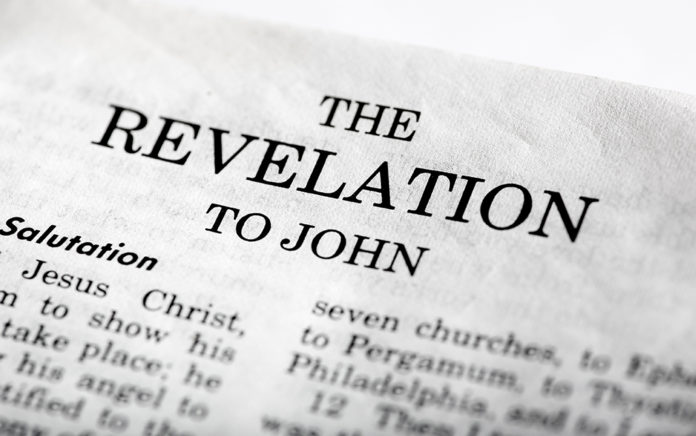 A majority of pastors see signs of the end times in current events.

Almost 9 in 10 pastors see at least some current events matching those Jesus said would occur shortly before he returns to Earth, according to a new survey focused on Christian eschatology, or the study of end times.

A study from Nashville-based LifeWay Research of pastors at evangelical and historically black churches found 97% say they believe Jesus Christ will literally and personally return to Earth again.

“While Christians prepare to celebrate Jesus’ resurrection, many pastors believe they see signs his return may be close,” said Scott McConnell, executive director LifeWay Research. “These sentiments were expressed in January before the prospect of a global pandemic became known.”

In Matthew 24, Jesus’ disciples asked him about signs of his coming, and he responded by speaking of “birth pains” that would precede his return.

Darrell Bock, New Testament studies professor at Dallas Theological Seminary, noted that the Bible has several lists of potential signs of Jesus’ return, like the Olivet Discourse passages of Matthew 24-25, Mark 13, Luke 21, and some include concepts of global sicknesses.

“Numerous biblical texts speak of disturbances in the creation that disorient and trouble people,” said Bock. “These disturbances have quite a range with earthquakes and wars being the most common. However, Jesus mentions plagues or pestilence explicitly in Luke 21.”

According to Mitch Glaser, president of Chosen People Ministries, the idea of birth pains is not unique to the New Testament or evangelicals, as he said Ultra-Orthodox Jews also believe that these types of signs are indicators of the Messiah’s coming.

“The term used in rabbinic literature, ‘birth pangs of Mashiach,’ is similar to the Olivet Discourse,” Glaser said. “The pandemic is viewed in this way by many religious Jewish people who share a heightened Messianic expectation with evangelicals.”

In the study sponsored by a group of ministries led by Chosen People and conducted in early 2020, LifeWay Research asked pastors if they considered certain current events to be included in Jesus’ warnings.

At least 3 in 4 pastors agree Jesus was referring to current events including the rise of false prophets and false teachings (83%), the love of many believers growing cold (81%), traditional morals becoming less accepted (79%), wars and national conflicts (78%), earthquakes and other natural disasters (76%), and people abandoning their Christian faith (75%).

Around 1 in 10 pastors (11%) say they don’t consider any of these part of the birth pains to which Jesus was referring.

“For too long many pastors have shied away from teaching on birth pains and events leading up to the second coming,” said best-selling author Joel Rosenberg, “but the current pandemic demonstrates the need for solid, non-sensational preaching done in a biblical manner.”

More than half of pastors (56%) expect Jesus to return in their lifetime.

Perhaps due in part to those beliefs, 89% of evangelical and historically black church pastors say that communicating the urgency of Christ’s return is important.

While most say they expect Jesus to return while they’re still alive, as many pastors say they’re not sure (24%) as say they strongly agree (25%). Three in 10 somewhat agree (31%), while 20% disagree, including 6% who strongly disagree.

Among those more likely to disagree Jesus will return during their lifetime are pastors ages 18 to 44 (27%) and pastors of churches with 250 or more in attendance (28%).

“Whether Jesus’ return is near or far, Christians believe these disturbances represent the groaning of creation, reminders of our mortality, our need for God and the accountability we have to him for life, both now and forever,” said Bock.

Pastors are also likely to see several events related to Israel and the Jewish people as fulfillment of biblical prophecy and signs of the end times.

Seven in 10 evangelical or black Protestant pastors (70%) say the modern rebirth of the state of Israel and the regathering of millions of Jewish people were fulfillments of prophecies in the Bible.

Around 2 in 5 pastors (39%) agree that the establishment of the U.S. embassy in Jerusalem is a sign of the end times.

Most (62%) believe another temple will be built in Jerusalem in accordance with a prophecy in Ezekiel 40-48.

Many make end times connections to Israel and specifically Jerusalem, in part, because 73% believe that Christ will return and reign in Jerusalem in fulfillment of God’s promises to David.

More than half of pastors (57%) believe the Bible teaches that one day most or all Jewish people alive will believe in Jesus.

Close to 3 in 5 (59%) say Jesus will return when the Jewish people accept Jesus.

Nearly all pastors (98%) believe sharing the gospel with Jewish people is important.

Among those who believe Jewish evangelism is vital, they give a variety of reasons why.

More than 99% say it is important to share the gospel with all people groups. Nine in 10 pastors (89%) say because Jesus is the Jewish Messiah. More than 4 in 5 (82%) believe Jewish people are special in God’s sight. The same percentage point to God’s promise to preserve a faithful remnant of Jewish people.

Around two-thirds of pastors (67%) say sharing the gospel with Jewish people is important because Apostle Paul’s pattern was to evangelize Jewish people first. More than a quarter (28%) say Jewish evangelism will speed up the return of Christ.

“There are details of Christ’s return and his reign that scholars disagree on,” said McConnell. “However, the vast majority of pastors believe certain current events correspond with prophesies Jesus himself gave about things that would occur right before he returns.”

Regardless of how close they believe the return of Christ is, most pastors feel confident in teaching on the subject.

Virtually all evangelical and black Protestant pastors (94%) say they feel equipped to teach on the prophecies found in the Bible, though more than a third did not give the highest level of agreement.

Most pastors also believe it is important to study and teach on biblical prophecies and eschatology.

Around 3 in 5 say it is important to preach on end times prophecies in the book of Revelation (60%) and the Old Testament (60%), as well as spend time personally studying eschatology (57%).

A quarter of pastors (24%) speak to their congregations about end times prophecies at least once a month. Close to half (48%) say they do so several times a year.

Around 1 in 10 pastors say they talk about it with their church about once a year (11%). The same number (11%) say they do so rarely. Few say they never speak to their congregation about those prophecies (3%).

“The current global pandemic will create interest among churchgoers and nonreligious people about what the Bible says about plagues, disasters, and the end times,” said McConnell. “The urgency pastors feel is less about stockpiling toilet paper and more about helping people be ready for Christ’s return.”