Home Resources Books In Pursuit of the Good Life 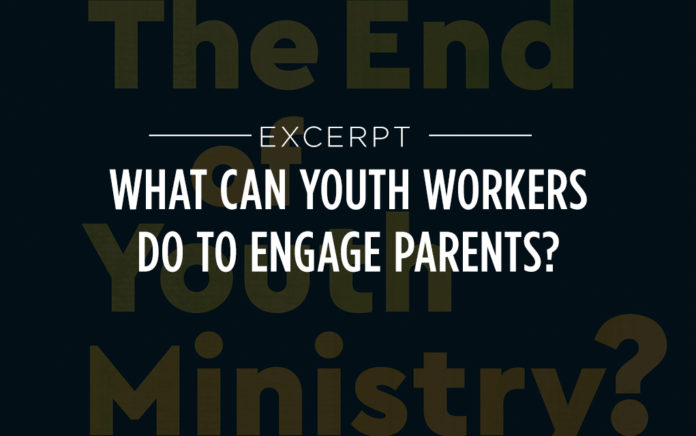 Church commitments are losing ground to the competing priorities of the pursuit of the good life.

Excerpted From
The End of Youth Ministry?
By Andrew Root

I believe that all parents (with only the most grotesque exceptions) want what is best (or good) for their children (as Jesus said in Luke 11:11–12, “Which of you fathers, if your son asks for a fish, will give him a snake instead? Or if he asks for an egg, will give him a scorpion?”). Ask any parent and they’ll say that the reason they invest a lot of time and money in any of their kids’ activities is for the sake of flourishing. In an economically challenged family, a parent works two jobs, exhausting herself, because she wants her children to flourish—to have full stomachs and freedom to play their sports and to make it to college someday.

Parents believe that ballet, piano, hockey and debate provide their children with goods to flourish. The goods of making friends, developing skills, learning hard work, staying active, finding their passion and being happy become the motivation for a parent to get up at 6:00 a.m. on a Saturday and drive the carpool. This parent is up, coffee in hand, because she, too, wants to live a good life. She wants to be a good parent. And a good middle-class parent, who is living a good life, gets her kids involved in a menu of activities so that they might flourish and she might feel good about being a good mom.

But as I said above, human beings not only seek to live a good life now but also have a deeply intuitive sense that flourishing is something to seek. It’s a quest, an aim—there is always a future dynamic to it. Wasting our lives is such a huge fear because we not only can waste present moments and opportunities but also worry that such opportunities will never come again. Missing these opportunities, we can get stuck in a rut, which means a wasted future. And, of course, we don’t know exactly when these opportunities to enter the currents of a good life will arise (we often don’t even know in the middle of them!). But we do know that it is a deep shame to miss your opportunity and be cursed with regret.

So parents drive the carpool at 6:00 a.m. not only so their kids can have the goods of friends, skills, confidence and fun now, but also so they can flourish in the future. Ballet, hockey and traveling boys’ choir, it’s believed, place young people on a certain path that promises flourishing in the future. It’s worth fighting and paying for your kids to be on the AAA team or have a renowned coach because not only can parents take some pride in their kid’s achievement (giving him a sense of his own flourishing) but, as a higher good, parents can feel like they have opened doors and set their kid up to flourish in the future. They have made it possible for their kid to have a good life (maybe even a great life) by going to a top college on scholarship, meeting the right people, and playing in the NHL.

Confirmation is an interesting case study because, at least in some traditions, it remains an activity that demands commitment, while also having a clear end point that provides a symbolic marker of accomplishment. In other words, in most confirmation programs, if you want to be confirmed on Confirmation Sunday, you have to show up, go on the retreat and write a faith statement. To receive the good of being confirmed, you have to meet even a minimal bar of commitment.

Most parents in churches with confirmation programs want their kids to participate and be confirmed. Confirmation remains a good. But because we are finite beings with limited time and energy, goods must always be tacitly ranked. No human being can escape the necessity of this ranking. Some goods are better, more valuable than others—why else would a human being from Ohio relocate to Florida? What makes some goods more valuable is our perception that these goods more directly help us in our quest to live a full life. It would be good to live in Hawaii, but the taxes and a Christmas flight back to Ohio are way more costly; therefore it feels better—gooder—to live in Florida. Often, when it comes to parents’ decisions about their children, the goods that promise flourishing in the future are weighted more than those that might support, but not drive us into, future horizons of living a full and good life.

What’s so frustrating about leading a confirmation program (or any youth ministry activity that calls for commitment) is that confirmation remains a good. Confirmation hasn’t been rejected as evil or even meaningless. This gives the youth worker a sense that confirmation has value—a positive valuation in the intuitive ranking of goods. But while confirmation is still a good, its ranking has slid. This is exasperating. Parents are committed enough to add it to the list of activities, even willing to come to a September meeting and pledge their commitment. It would be really good, they think, for Theresa to be confirmed. This is something they want. But when the good of confirmation collides with other goods, like the need for piano practice, a hockey tournament, a Thursday morning test, or even a night off before a big swim meet, confirmation is relativized as less important. Better (gooder!) to not go to confirmation so you’re ready for the test or rested for the meet. The test and meet are intuitively ranked as higher goods. They are activities that deliver more important goods today. But what gives them even more weight is their perceived ability to provide essential goods for living a good life tomorrow—like producing the social capital and work ethic needed to get into a good college and make a good living.

Excerpted from The End of Youth Ministry? by Andrew Root ©2020. Used by permission of Baker Publishing BakerPublishingGroup.com.