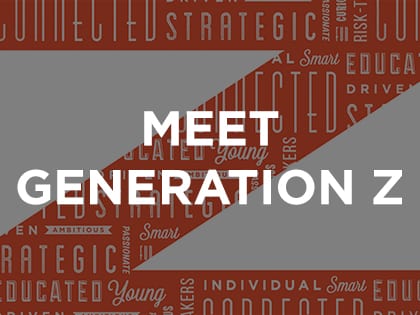 To effectively share our faith, we need to be ready to answer skeptics’ questions and teach a new generation the gospel.

Apologetics for a New Generation

You know that each evangelist
Who tells the passion of Lord Jesus Christ
Says not in all things as his fellows do,
… For some of them say more and some say less
When they His piteous passion would express.
–Geoffrey Chaucer

Recently, I was interviewed for a National Public Radio program. The host and I had a good conversation about faith and culture, and we continued talking after the program. When he got me alone and off the air, he said, “Can I ask you a question? You’re a Christian, and you seem intelligent, so answer me this: What the duck is up with this idea that the earth is only six or seven thousand years old?”

It just rhymed with “duck.”

Let’s not get into young earth versus old earth. Here’s what everyone should get into: the “What is up with” questions. Why? Because they are the heart of what is churning around in the minds of those on the outside looking in at the Christian faith. These people have so many of these types of questions, and the essence of any conversation that might move them down the spiritual road will involve talking about them.

It’s simply a cultural reality that people in a post-Christian world are genuinely incredulous that anyone would think like … well, a Christian—or at least, what it means in their minds to think like a Christian. So of course they are going to ask:

“What is up with not wanting two people who love each other to get married?”

“What is up with thinking sex is so bad?”

“What is up with a loving God sending someone like Gandhi to hell?”

I’m sure you can think of any number of questions.

Answering the “What is up with” questions is what lies at the heart of modern day apologetics, the pre-evangelism so missing in churches. Apologetics also involves defending the character of God. Many look at the workings of the world and feel like they would act more justly than God appears to be acting. It also involves addressing the most pressing barriers post-Christians have to all things religious, which often have less to do with intellectual issues than emotional ones. As noted earlier, when those outside the faith look at those inside the faith, they don’t think we look very much like our Leader. So apologetics must grapple with the great indictments the world lays at the feet of the church, such as judgmentalism, hypocrisy, anti-intellectualism, a perceived lack of tolerance and legalism.

That’s why at Meck (Mecklenburg Community Church) we do series that actually address these very issues in as direct a way as possible. For example, a series titled “Judged” looked at how judgmentalism works in our world. Or the series “In Search of a Better God” examined how we put God in the dock (or on the stand) for our perceived sense of his injustice. The goal is to continually uphold and defend, explain and examine the character of God.

But apologetics for Generation Z runs deeper than answering new questions or addressing new barriers. Apologetics, in many ways, is at its best when it finds the cultural bridges we can walk across, and then, while walking, address the questions and barriers that exist along that path. With that in mind, what are the most powerful, fruitful bridges to cross?

As a result, there is a profound spiritual emptiness. They’ve never encountered God, experienced God. They are left feeling the sickness of the world’s disease without a narrative, without a story, without a transcendent meaning or purpose. They have a crisis in values; they find themselves needing them but not having them and divorced from any means of finding them. They have a lack of vision; nothing is calling them upward to be more than they are beyond themselves. Yet they cannot help but be incurably spiritual. That is the defining mark of what it means to be human. We are made in the image of God, which means we have been created to be able to respond to and be in a relationship with the living God.

So how is the vacuum being filled?

Largely through the occult and, ironically, science. Not exactly dancing partners. Yet these are the bridges over which we must learn to walk, addressing the key questions and barriers facing a faith narrative.

Tell me more about this book »
Order this book from Amazon.com »
Read more from James Emery White »