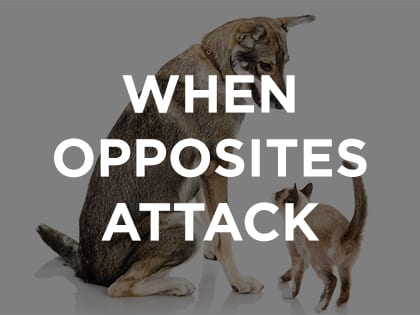 “Ruptures happen when the sense of connection in a relationship is broken—like when an electrical pathway is short-circuited.”

With all our differences, it can be tempting to think, I’d like you more if you were more like me, but often our differences are what draw us toward one another and become “grist for the mill” of a great—and intimate—relationship.

A therapist friend of mine asks people in troubled relationships this question: “Of all the things in life you can agree or disagree on—from political ideas, passions and religion to money, parenting, sex and TV shows—on a scale from 0–100, how often do you disagree?” He asks them each to write down a number to get their honest estimate. He told me that, in the most difficult case he’s ever had, both members of the couple said they disagreed with each other 80 percent of the time. (In fact, the only thing my friend could remember them ever agreeing about was how much they disagreed!)

Differences mean that conflict is inevitable. Often, friendships, as well as marriages, have an early phase that is relatively conflict-free, but sooner or later, reality sets in.

For one young man, during the courtship days, serving his wife-to-be was a privilege. He carried her books home from school. During college, he carried her treasures up to her dorm room. On their honeymoon, he carried all the luggage. When they moved into their apartment, he carried her across the threshold. Then he developed a back problem. Six months later, when she said, “I’d like to try this sofa in the living room,” he said, “Well, don’t move it now; wait until my show comes on, and I’ll switch to the La-Z-Boy.”

That is a rupture.

Ruptures happen when the sense of connection in a relationship is broken—like when an electrical pathway is short-circuited. Everyone knows what a rupture feels like:

From Outreach Magazine  How Jesus Heals Our Loneliness

I feel emotions toward you that are more negative than positive.
My words toward you will be strained or heated.
I will be less likely to look at you.
Instead of wanting to serve you or help you, I’m more likely to want you to feel pain.
Instead of giving you the benefit of the doubt, I’m likely to interpret what you do or say in a negative light.

People who are skilled in intimacy develop the ability to monitor potential ruptures like seismologists can detect shifts in the earth’s crust on the Richter scale. If I’m clueless in a relationship, the other person may feel estranged from me without my even knowing it, and I’m likely to blunder into even more damage. At the other end of the spectrum, if I’m hypersensitive, constantly monitoring the other person’s face and voice and actions for any sign of disagreement, I place a load of anxiety on the relationship that will stifle its freedom.

Harvard researcher Shawn Achor once talked to a tax auditor who was very depressed. As they were talking about why, the auditor mentioned that one day during a break at work, he had made an Excel spreadsheet listing all the mistakes his wife had made during the past six weeks. (I am not making this up.) I can only imagine his wife’s (probably now his ex-wife’s) response when she found out her husband had done a “flaw audit” on her.

Now, we may not have a flaw audit spreadsheet on a computer somewhere, but we have it in our minds, don’t we? Every mistake you make, I know, and that’s what I remember. And I complain to God every time I remember.

Sometimes I wonder whether God has a book on his nightstand titled Disappointed with People. We might think that’s a possible subtitle for the Bible.

We catch little glimpses of it in the Scriptures:

”The Lord saw how great the wickedness of the human race had become. … The Lord regretted that he had made human beings on the earth, and his heart was deeply troubled.”

From Outreach Magazine  Creating Church Spaces That Point to the Creator: Bayside Church in California

Here’s an even sadder thought of a book that might be in the divine library: Disappointed with John Ortberg. And yet, when I’m mean to one of my children, arrogant toward my peers, deceptive toward my wife, demeaning to women, close-hearted toward the poor, dismissive of those different from me—how could God not be disappointed?

Each time I sin, I am in effect “disappointing” God—that is, rejecting his divine appointment to reign for good in my life. I disappoint God so that I can appoint myself to be God in his place. Every act of sin is a rupture in the cosmic shalom.

When a relationship is ruptured, both sides have three choices: move away, move against or move toward. “Moving toward” is to seek repair and reconciliation, even at considerable cost.

When our relationship with God was ruptured in the Garden of Eden, God chose to move toward humanity to seek repair and restoration.

This move was called the Incarnation. It’s almost as if God began writing a new book—“In the beginning was the Word”—filled with stories of a lot of people who thought they were big disappointments to God (only to find out that Jesus was crazy about them), and a few people who were certain that God was crazy about them yet who found themselves disappointed with Jesus.

The story begins in a manger and seems to end on a cross. Jesus begins to heal our experience of disappointment with God by intimately sharing in them: “My God, My God, why have you forsaken me?” The next chapter begins with an empty tomb, and the rest is still being written.

God has been moving toward us from the very beginning. The question is, which way will we move?

Taken from I’d Like You More If You Were More Like Me by John Ortberg. Copyright © 2017. Used by permission of Tyndale House Publishers, Inc. All rights reserved.