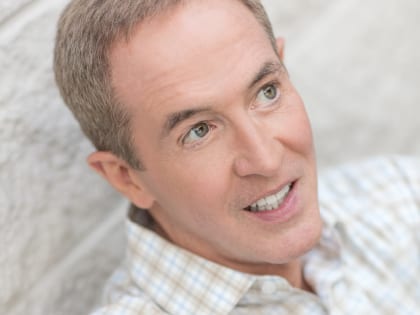 “Theology should inform ministry, but if it limits whom you minster to, then you have the wrong theology. Just ask Jesus.”

Andy Stanley, voted by Outreach readers as one of the 10 most influential living pastors in America, founded North Point Ministries in 1995. Today, North Point has six nondenominational Atlanta-area churches, plus other networked churches worldwide and substantial media and broadcast numbers for their messages.

In the 21 years since North Point’s founding, Stanley has written widely and remained at the forefront of conversations (and some controversy) about ministry methods. So it makes sense, given the church’s attention on changing cultural norms about methodology and faith, that Stanley would turn his attention to the needs and dynamics related to the growing number of religiously unaffiliated Americans.

Stanley crafted a six-part message series aimed directly at these “nones,” titled Who Needs God. The series has drawn wide attention and discussion, both for facing tough topics, including the “new atheism,” head on; and for Stanley’s controversial opinion that appealing strictly to the authority of the Bible when preaching to outsiders is a losing strategy.

Outreach contributing writer Paul J. Pastor spoke with Stanley to talk through the changing pastoral needs of our generation, and why today’s leaders need to rediscover an agile apologetic.

Who Needs God is a gutsy title for a megachurch message series. What was the vision for it?

This teaching series was designed for people who weren’t in our building. It is for the “nones,” the 25 to 30 percent of our population who may have grown up in church but have decided they’re not interested. They’re not atheists or agnostics, just unaffiliated. We decided to do a series of messages for them. While most of the people in our church aren’t in that group, everyone knows people who are—their family, friends, co-workers, neighbors.

For context, every week we have about 24,000 adults at church in person on our Atlanta area campuses, plus about 20,000 who watch online. Then, because of television (we follow Saturday Night Live (SNL), so when they have a big week, we do too), we can swing from 600,000 to 1 million people just in the post-SNL audience. Because of that, we’re thinking of all those dynamics when we create our Sunday morning environments.

It was different for us to talk to an audience who was not primarily in the building. It created a bit of understandable confusion, especially for anyone who dropped in to the middle of the series.

“Who needs God?” is a key question the nones are asking. Answering it has also been a distinctive of our ministry from the beginning, since we’ve always believed it was our mission to keep the lowest possible rungs on the ladder as people begin to explore spirituality. That has nothing to do with dumbing down sermons, picking or choosing doctrines or avoiding the whole counsel of God, as we’re sometimes accused of doing, but it has everything to do with our approach.

Today, the numbers show that there is decreasing interest in Christianity. But there is extraordinary interest in spirituality. We’re playing in that space—leaving breadcrumbs for people to follow back into authentic faith in Christ. In a very real sense, we’re hosting others in our space and making room for them. We have to assume that they have been exposed to deep criticisms and attacks on the Bible and Christianity.

From Outreach Magazine  What Good Comes from Pain?

Was there a particular moment when you realized you needed to address challenges to faith in order to engage those outside the church?

About eight years ago, I watched a video of new-atheist Sam Harris lecturing in a university. About half of his lecture was about Christianity, and about half of that half was about Scripture. I watched him, it seemed, dismantle the Bible. He’s so smart, so articulate, so quick on his feet. Even the above-average Christian, I thought, couldn’t sit through this without their faith being practically destroyed.

His critique came across as devastating, but it also contained all kinds of distortions and inaccuracies. But they were points we simply don’t cover in church. I thought about our own student ministry, and knew that I wasn’t preparing our high school kids to sit through a lecture like that in college and walk out with their faith intact. I was convicted.

That was a defining moment. In response, I began to change my approach, stepping back from leveraging the authority of Scripture in favor of talking about the history and the people behind the story of Scripture, particularly the event of Christ’s resurrection. It’s not about abandoning Scripture, it’s laying a foundation that’s defensible in our culture, where you may have only five minutes—at best—to defend what you believe.

People don’t simply leave faith; they leave a version of faith. We all know that there are multiple versions of the Christian faith. When you hear a deconversion story—someone who went off to school, or met somebody, or read a book, or moved away, or whatever—they are nearly always walking away from a version of Christianity. Consequently, they have a skewed version or vision of God that they are leaving.

From Outreach Magazine  The Oikos Principle

I started listening to the Life After God podcast a while back, a show for atheists and agnostics, and have recently been texting back and forth with Ryan Bell. At the time this article goes live, I’ll have been a guest on the podcast. One section, called the “Ex-Files,” focuses on deconversion stories. As a pastor, it’s so clear listening to it that these stories of deconversion are people leaving versions of Christianity that most Christians would completely be against, as well. When I hear some of these stories, I think, Heck. I would have left that too!

We all think our version of Christianity is the right one. But we can’t all be correct. So to address people who have left the faith or are considering doing so, it’s important to understand what specifically about the faith they’re leaving. Who Needs God focuses on this. My big point at the front end of the series is to point out that it’s possible that a person has left faith for the wrong reason.

Often, I might say to a person that what they left needed to be left, because it wasn’t really Christianity to begin with. I want to help people differentiate between what is worth leaving the faith over, and what are not fundamentals or essentials of faith. When the nonessentials get equated with the essentials, we give people excuses to leave unnecessarily. I’d like to ferret out those distinctions up front.

Talk about balancing the needs of those seeking and those who believe in relation to apologetics.

Great question. That’s one of the reasons behind the title of my book Deep and Wide. We often assume that people either have a verse-by-verse “deep” church or a “wide” giant megachurch. But when we read the Gospels, we see that Jesus is both deep and wide in his ministry. Crowds were a constant feature of his ministry. So I don’t think of this in terms of a balance. We are out to create churches that unchurched people love to attend, but we’re not a church for unchurched people.

Paul, who planted so many churches, taught us that “one another” is at the center of church life. The activity of the church is centered on community—forgive, accept, care for, encourage, bear with, restore, carry one another’s burdens. Everybody I’ve ever met wants to be in that kind of community.

Efrem Smith: An Outpost for the Kingdom—Part 1