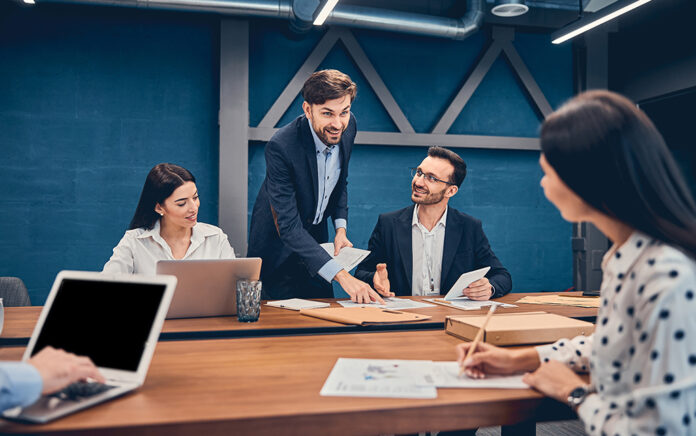 5 questions to discern the spiritual character of a potential leader

Can you think of a time that you selected someone for a leadership position, and it didn’t work out well?

Most of us who have served in leadership positions, at least for any length of time, have made a few bad choices, and sometimes it’s a painful learning experience.

It’s just not always easy to know how it will all work out.

Yet, the temptation today is to make quick decisions based on pressure or even a sense of desperation.

Many churches are finding it difficult to find and recruit high-capacity volunteer leaders and even more challenging to find and hire great leaders to join their staff team.

There is no simple or perfect solution, and in all cases, it’s a multi-dimensional process, including significant factors from knowing your culture to a commitment to developing leaders and the leaders you select.

There is something you can do that will make a big difference.

Pay attention to spiritual character in the leaders you select.

One of the most important factors in selecting leaders is your ability to discern spiritual character.

Skill is quantitative; it’s more visible and easier to measure against known benchmarks.

Discerning character is more subjective, but knowing what to look for can remove much of the mystery and significantly lower the risk as you select and develop leaders.

Character is that inward quality in a leader that doesn’t draw attention to itself, but you know it when you encounter it. It’s not easily captured in a resume but always reveals itself over time and under pressure.

These five questions are not questions to ask a potential leader you are considering for your team. These are questions you ask yourself about the leader. They help train you on what to look for.

The willingness and ability to follow reveal the attitude of a leader.

Jesus never did anything outside the will or authority of his Father in heaven.

Though Jesus was trusted and empowered with divine authority, he never abused it. Instead, Jesus submitted to and fully followed the will of his Father. What can we learn from this?

If a leader seems more interested in their ideas and their way more than the good of the team and the progress of the mission, that is a yellow flag regarding their spiritual character.

Philippians 2:5–6 teaches that we are to embrace the same mindset or attitude of Jesus in his submission to the will and purpose of the Father.

Individuality, initiative and unique expression are good qualities in a leader, but not when it trumps their ability to follow those in leadership over them.

The joyful initiative to serve reveals the heart of a leader.

Jesus modeled serving others from washing feet to miraculously feeding thousands of people in a day; it was always others first.

If a person seems more focused on being in charge than serving others, it’s time to raise a yellow flag in your consideration of them for leadership.

I enjoyed getting acquainted with a sharp businessman, new to our church, who was interested in being on the usher team. Of course, I was excited about that and suggested a specific team he could start on and told him the name of the section leader who reported to the service leader. He quickly jumped in and said, “No, I don’t want just to be an usher; I want to lead the whole team.” I suggested he start by serving, and he politely declined.

In fact, following and serving are not only prerequisites to leading, but the heart behind these two qualities must remain in place throughout a person’s leadership for spiritual character to remain strong.

The eagerness to learn reveals the ego of a leader.

Leaders are lifelong learners. The moment you stop growing is the moment your leadership begins a slow descent.

The heart-level disposition of a true student reveals humility over pride. They are hungry to learn from anyone, and no one wants to follow a leader who thinks they know it all.

I’m drawn to leaders like Kevin Myers and John Maxwell, who, when they sit and listen to younger leaders or leaders with less experience, they take notes! They quietly send a loud message. I’m a student. I’m still learning. I don’t know it all.

Leaders who are learners listen well, ask questions, take notes, read much, and apply what they learn.

There is a certain amount of ego that is healthy and good. As a leader, you need confidence and security rather than fear and insecurity. However, that must always be tempered with the heart of humility and the willingness to learn, change and grow.

From Outreach Magazine  What About Those Who Have Never Heard?

My book, Confident Leader, may be helpful to you. The first two sections deal with your identity in Christ and your character as a Christian leader.

The willingness to sacrifice reveals the perspective of a leader.

Jesus paid the ultimate sacrifice in his leadership (kingship / headship) of the church. His death and resurrection combined constitute the church’s foundation (the body of Christ.)

It’s not likely that we’ll be required to sacrifice our physical lives as part of our calling to spiritual leadership, but sacrifice is always part of godly leadership. Jesus’ life demonstrated there is no church without sacrifice.

The fact that a leader will sacrifice and the reason for the sacrifice communicates an eternal perspective. Spiritual character is formed by intentionally building your treasures in heaven rather than on earth.

A lack of willingness to sacrifice reveals a flaw in one’s character. It’s not about “how much” or what you sacrifice that leads to judgementalism. It’s a matter of the heart and is between the leader and God.

Sacrifice, with eternity and God’s glory in mind, is a distinctly different and unique worldview that shapes the spiritual character of a Christian leader.

The ability to be consistently honest reveals the maturity of a leader.

On a somewhat dramatic level, we’ve all read the all-too-frequently occurring headlines of fallen leaders who refused to get honest, be honest, and remain honest.

An honest (or dishonest) life doesn’t start with headlines in the news; it begins within the quietness of your own heart before God. One day at a time.

As pressure increases, honesty can become more challenging. It’s easy to make poor choices to escape that pressure rather than grow through it, which erodes spiritual character.

The road to maturity begins with self-awareness and knowing what identity in Christ truly means. A leader being honest with themself and others is essential in the maturation process.

The quality of honesty in the leaders and potential leaders you select cannot be overestimated.