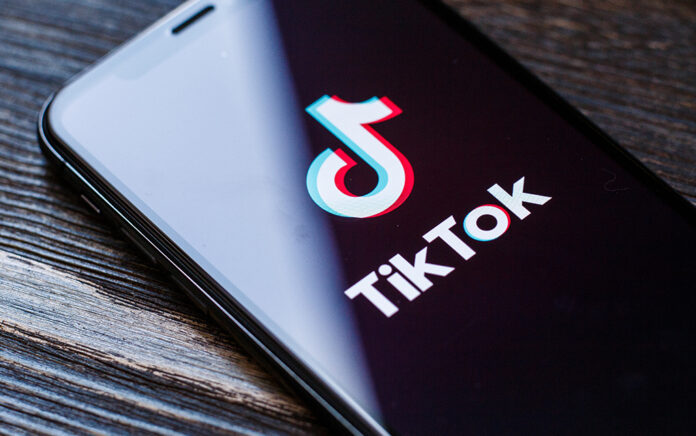 If you are unfamiliar with TikTok, it is a Chinese video-sharing platform akin to YouTube that allows users to post one-minute-or-less videos. TikTok stars now make more than many of America’s top CEOs, such as the $17.5 million made in 2021 by Charli D’Amelio; and not too far behind her was her sister Dixie who brought in $10 million.

The user demographic of TikTok skews young. Nearly one-quarter of its users in 2021 were between the ages of 10 and 19. This helps explain the number of viral TikTok videos that have been dangerous or, in many people’s minds, just plain dumb, coining phrases such as a TikTok video that has gone “tok-bottom” or “a-tok-alyptic.”

There are two dynamics fueling the popularity of TikTok’s content: It is short, and it is visual. I talked about the importance of both dynamics in my book Meet Generation Z.

What has been conventional wisdom is true: Attention spans have been shrinking dramatically in recent years; more dramatically than most have realized. According to the research of the National Center for Biotechnology Information, the average attention span has dropped from 12 seconds in 2000 to just 8.25 seconds in 2015. That’s approximately a 25% drop in a little more than a decade. So, what does this mean for, say, a church trying to reach out to an internet-based generation? Here are some internet browsing statistics that may cause you to rethink everything:

• Percent of page views that last less than 4 seconds: 17%

• Percent of page views that lasted more than 10 minutes: 4%

Bottom line? Whatever it is we are attempting to convey, much less explain, will need to be communicated more frequently in shorter bursts of “snackable content—at least initially in the ‘engagement’ phase.”

Some have suggested that what is really operating are highly evolved “eight-second filters.” Generation Z, for example, has grown up in a world where options and information are virtually limitless; time, of course, is not. So, they have developed, almost out of necessity, the ability to quickly sort through enormous amounts of data. Or they rely on sources that do that for them, such as trending information within apps.

The good news is that once something does gain their attention, and is deemed worthy of their time, they can become intensely committed and focused. The very internet that forced them to evolve “eight-second filters” is the same internet that allows them to go deep on any topic they desire and to learn from a community of fellow interested parties. This means you can still engage people on a very deep level with truth. The bad news? You’ve got eight seconds to get past their filters. As one 18-year-old UCLA student said, “Generation Z takes in information instantaneously, and loses interest just as fast.” That’s why Dan Schawbel, managing partner of Millennial Branding, a New York consultancy, tells his advertising partners “that if they don’t communicate in five words and a big picture, they will not reach this generation.”

This leads to what may be the most needed rethinking of all—that “big picture.” In other words, the importance of being visual.

The Importance of the Visual

As I wrote in The Rise of the Nones, a lesson from history might be in order when it comes to the importance of the visual. The Lindisfarne Gospels, a 1,300-year-old manuscript, is revered to this day as the oldest surviving English version of the gospels. Lindisfarne is a small island just off the Northumberland coast of England. It is often referred to as Holy Island. Tidal waters cut it off from the rest of the world for several hours every day, adding to its mystique as a spiritual pilgrimage.

Produced around AD 715 in honor of St. Cuthbert, largely by a man named Eadfrith, the Bishop of Lindisfarne, the Lindisfarne Gospels presents a copy of the four gospels of the New Testament. But it isn’t revered simply for its age. Its pages reveal curvy, embellished letters, strange creatures, and spiraling symbols of exquisite precision and beauty. During the 8th century, pilgrims flocked to St. Cuthbert’s shrine where it was housed, making the Lindisfarne manuscript one of the most visited and seen books of its day. Its artwork and symbols helped convey its message to those who could not read.

Professor Richard Gameson from Durham University sees it as a precursor to modern multimedia because it was designed to be a visual, sensual and artistic experience for its audience. Michelle Brown from the University of London notes that the book’s impact was similar to those of films and electronic media today. As Gameson adds, “The emphasis was to reach as many people as possible.”

I have written in other places that there are striking parallels between our day and that of the Middle Ages. If Western society is entering a new era that is similar to the earlier medieval era, what Umberto Eco called the neomedieval, what does that mean? One thing is certain: There will be a deep need for communication to be visual in nature. Over the last 20 years, we have decisively moved to a visually-based world. The most formative influences are not books, theater, or even music—it’s video.

Consider the suggested parallel to the Middle Ages. During the medieval era, there was widespread spiritual illiteracy, as well as actual illiteracy. People couldn’t read. This is why pilgrimages mattered so much to the pilgrims. Beyond the relics and holy places they thought might bestow grace, usually the cathedrals they visited told the story of faith through a medium they could understand: stained glass. In other words, pictures. So, while people couldn’t (or didn’t) read, they couldn’t help but see, and from seeing, understand.

We are spiritually illiterate and are visually oriented and visually informed. Only now, instead of stained glass we have TikTok.

An entire subgenre known as “Christian TikTok” exists where Christian TikTok influencers publish everything from sermonettes to best Bible study practices. And many of the young content creators “are on a mission to spark revival among Generation Z.”

But that, of course, is what any church can be doing as well.

From Outreach Magazine  Pursuing Diversity: 3 Advantages of Doing Ministry 'With,' Not 'To'

On attention span lengths, see the National Center for Biotechnology Information, as well as the U.S. National Library of Medicine, as reported by Statistic Brain Research Institute online here.

For internet browsing statistics, see Harald Weinreich, Hartmut Obendorf, Eelco Herder, and Matthias Mayer, “Not Quite the Average: An Empirical Study of Web Use,” in the ACM Transactions on the Web, vol. 2, no. 1, February 2008, article #5.

On “eight-second filters” see Jeremy Finch, “What Is Generation Z, and What Does It Want?” Fast Company, May 4, 2015, read online.

James Emery White, The Rise of the Nones (Baker), order from Amazon.