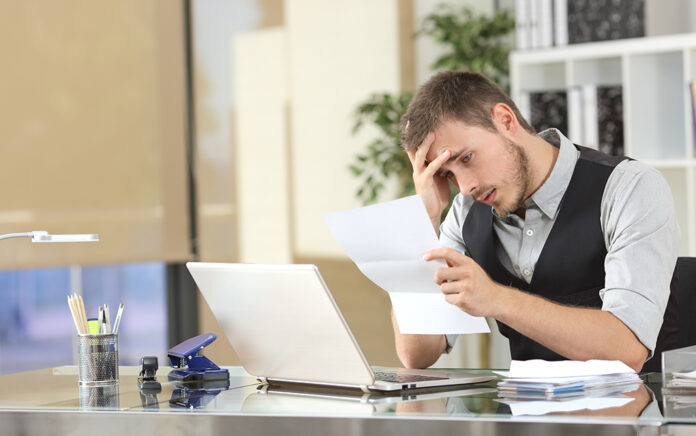 Keeping It Together When the World Is Falling Apart

Let me guess. You keep thinking it’s going to get better, only to discover it hasn’t.

As I’ve been catching up personally with leaders over the last while, I sense a deep exhaustion and fatigue heading in, as well as a growing recognition of that fact that a break in the loss and bad news probably isn’t coming soon.

For church leaders in particular, this is a discouraging season.

When I talk to pastors of any sized church, in their candid moments, despite being open in person for months or longer now, they tell me:

• People they’ve known and trusted for years have left the church.

• Volunteers don’t want to serve like they used to and many have bailed.

• They get criticized for being too political, not political enough, pro-mask, anti-mask, saying too much about vaccines or too little, or being too left, too right, too … whatever.

And they wake up tomorrow and face the same thing all over again.

Sure, there are a few glimmers of hope: new people are coming. There are stories of life change. Not everyone left.

But when you’re facing unprecedented loss after leading for 18 months in perpetual crisis, it’s no wonder people are quitting and leaving.

Success is, as Winston Church famously said, moving from failure to failure without loss of enthusiasm.

But the question is, how do you keep going?

Here are five things that I hope can help you when you’re under constant stress and there’s no light at the end of the tunnel. I know they’ve helped me in hard seasons.

One of my mentors, Terry Wardle, taught me that ministry is a series of ungrieved losses. So is life.

Think about how much loss you’ve endured in the last few years. The list above will barely get you started.

From every lost friendship, to the death of someone you know, to personal illness, to things as simple as a lack of progress on a key issue … all of it is loss.

I used to be terrible at grieving losses. Then during my season of burnout, it was like a dam burst. I spent a month (August 2006 to be specific) crying every day, sometimes for an hour at a time. Often inconsolably.

Since then, I’ve tried to remember to grieve as I go.

For driven people, sadness often comes out as anger, irritation or frustration. When I find myself feeling that way, I pause to ask what’s going on. And (I know this sounds so woo-woo, but trust me, it works), I let myself feel the sadness. Often it’s not tears, but it’s just coming to terms with the fact that yes, I’m sad. Yes, that’s a loss. And no, I’m not immune.

And when it lifts, I move on.

2. Stop Imagining That Everyone Else Is Winning.

From Outreach Magazine  The Here and Now

Another game that’s easy to play in tough seasons is to imagine that somehow everyone else is winning and you’re the only loser. I play that game way too much.

In the last two weeks, I’ve checked in with leaders and asked them to be completely honest with me and with each other.

When you strip away the bravado a lot of us try to manufacture to pretend we’re winning when we’re not, here’s what you discover: almost everyone is struggling.

And while that may not help you … it’s strangely comforting.

You’re not the weirdo.

Stop imagining that everyone else is winning when you’re not. You’re not losing nearly as badly as you think. And they aren’t winning as intensely as you think either.

When you’re under prolonged, even constant, stress and discouragement, the unhealthy side of you leaks out.

You dealt with the first 10 people who asked you about X with grace, but if you’re not careful, it’s easy to lose it on person No. 11.

Similarly, the people closest to you will often take the brunt of your discouragement and frustration.

The adage is easy to understand but hard to do: Don’t react, respond.

Just know in this season it will be easy to be triggered.

Triggered leaders become ineffective leaders. I really can’t think of a single exception to this rule.

Never give up on your mission. Keep trying to make progress.

But when you’re not winning on the big things, it’s important for your own sanity to try to win on some small things.

I was having a particularly intense day recently. Nothing quite felt like it was getting done the way it needed to be done.

That night, I hung patio lights in my backyard. Best of all, they worked.

I’ve found over and over again that small wins make a big difference. If you’re not winning at work right now, don’t give up, but try to win somewhere else. Clean out your junk drawer. Clean your desk. Rearrange your book shelf.  Mow your lawn. Move some little project from start to finish.

From Outreach Magazine  10 Characteristics of a Narcissistic Church

There’s a fatigue that can come with leadership that’s a little hard to describe.

The adrenaline that got you through the first phases of a crisis gives way to the sustained drone of decision after decision, assault after assault, and disappointment after disappointment.

A lot of leaders mistakenly look to time off to heal them. We tell ourselves, I’ll be fine if I can just make it to:

• my next day off

• the week at the beach

When the way you’re living and leading isn’t working, all the time off in the world won’t fix it.

We’ve seen an uptick in the number of leaders who land on this site after googling phrases like:

Oh man, I feel for leaders. That’s almost always a sign of burnout.

Wondering how exhausted or tired you are?

My team and I put together a burnout indicator assessment you can take for free, and it gives an assessment of whether your burnout level is low, medium or high. You can take it for free here.