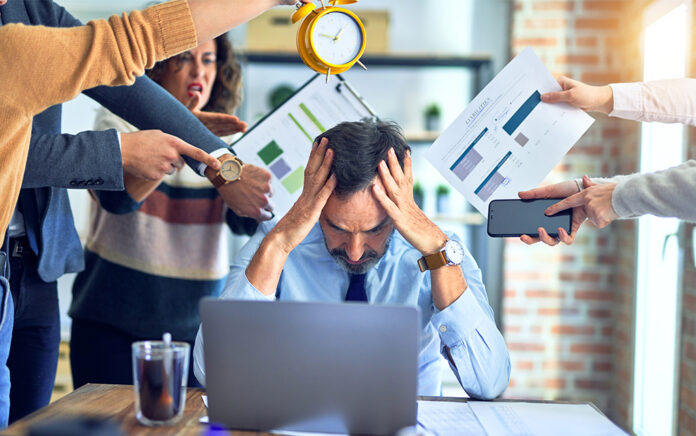 If you want your church to thrive you can’t avoid church change. Yet it is seldom easy, even though we leaders see the benefits of change before others see them. One hidden reason that makes it so difficult comes from how our brains respond to change. I believe that the more we know how the brain works, the more effective change managers we’ll become. In this article I explain how brain processes in stifle change in your church.

“Our brains are wired for us to want certainty in our lives. When something feels ambiguous or uncertain, we subconsciously feel threatened. When we feel threatened, it creates an away response, rather than a toward response. In the case of church change, an away response might be negativity, fear, passive resistance, or complaining from people. On the other hand, a toward response would be excitement, support, and good gossip, how we hope the church would respond. The more uncertain and ambiguous church change appears, the less support we’ll get and the more difficult the change will become.”

Ambiguity about changes we propose, plus many other brain factors, influence how well people in your church will respond to your leadership. I knew of one church in the southern U.S. that was preparing for significant change by attempting to raise several million dollars for a building renovation. However, several key players and church members at that time had yet to embrace the plan. The resistance to the change rose from these core issues.

Based on brain insights, I’ve listed five ways that this church or any church should consider to best manage such change.

1. Leaders should first understand that two fundamental brain systems are at play in the people they seek to lead. One process, called the “X-system,” got its name from the “x” from the word reflexive. This system is more emotional, reactive, habitual, impulsive, spontaneous, and fast. It’s the non-thinking, automatic process that most people live by day-to-day. It’s what prompts someone to emotionally react to a change. The other process, called the “C-system,” comes from the “c” in reflective. It’s more intentional, controlled, slower, and causes us to think before we speak or act. This system prompts people to reflectively consider the change. Simply knowing how the brains of your people work can help you manage change better. If you want to learn more about these processes, read, Thinking, Fast and Slow by Daniel Kahneman.

From Outreach Magazine  Easter: Someone Rejects the Gospel—Now What?

2. Recognize that change can create an away response in our brains and our emotions (see the quote above). If we feel threatened and fearful (caused by an away response), we’re less likely to embrace change. Older church members may feel especially threatened due both to the effects of age on the brain and to their long term ingrained church habits that aren’t easily changed (Williams et al., 2008). Therefore, leadership should publically acknowledge that they understand that change is difficult and scary and that it’s scary for them as leaders as well.

3. Bring key players into the conversation. If key players believe they’ve been excluded from the process they can feel that they are in the “out” group. When they do, resistance to change will be higher because it also creates an away response in the brain (Rock, David & Cox, n.d.).

4. Over communicate using all means possible. The more information church people receive, the less ambiguity and more certainty they will feel. As a result, they will be less tempted to fill in the information gaps with worst case scenarios and will become more open to the reasons you give for the change.

5. Finally, seek to minimize something called cognitive dissidence. This term simply describes the inner tension we feel when our belief conflicts with our behavior (i.e., I want to lose weight but I’m eating a bag of Cheetos). Cognitive dissonance creates anxiety that can make us less open to change. One way to help minimize it is to preach and teach to change people’s beliefs about the change you’re proposing. If you can help them agree that the reason for the change is Biblical (i.e., reach more people), you can help them shift their behavior to align more with the change (i.e., their willingness to sacrifice convenient parking during the renovation). Behavior change follows change in belief.

God has given us this incredible thing called the brain. The more we learn how it works, the better leaders and change agents we will become.

What insights about change have helped you in your ministry or job?