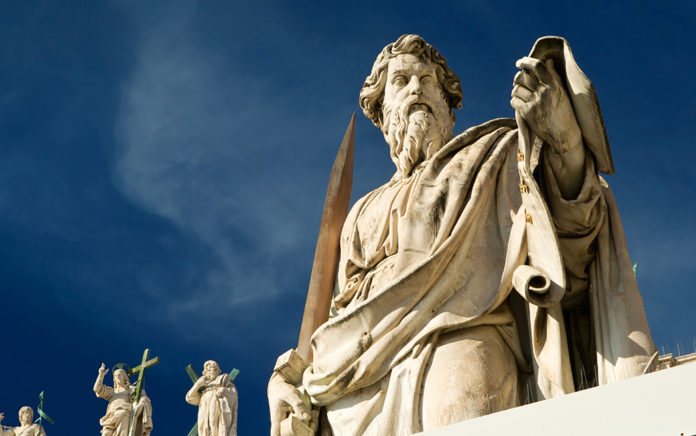 What the best leaders do

I believe Jesus was the world’s greatest leader. I would call the apostle Paul the world’s second greatest leader because he wrote much of the New Testament and because he spread Christianity into the West through his missionary journeys. The book of Acts details much of those early missionary journeys. Acts 16 describes four traits that Christian leaders should emulate.

In chapter 16 Paul, Silas, Timothy and later Luke visited some of the churches they had visited/founded before. Their journey included several roadblocks, a vision, a meeting with a wealthy business woman, an exorcism, flogging, jail (and a miraculous release from jail) and several conversions.

On this amazing journey, four crucial leadership behaviors stand out that a healthy Christian leader should build into his or her leadership.

1. … tries to make every encounter he or she has with others benefit the other person.

• Everywhere Paul went he made emotional, spiritual and relational deposits into the lives of others. After people spent time with Paul, they were better people. Acts 15–16 describe Paul as strengthening the brothers, strengthening the churches, and encouraging people.

• Great leaders make positive deposits into the lives of others. I once heard someone say that there are three kinds of people: VIP’s, VNP’s and VDP’s. VIP’s are very important people, the kind who make deposits in you. VNP’s are very nice people. They neither hurt not help you. VDP’s are very draining people. They feel like emotional vacuum cleaners that seem to suck the life out of you.

2. … balances his approach to discerning God’s will.

• As Paul began this missionary journey, we see four inputs that influenced how he discerned God’s will about the direction his journey should take. In much of life God gives us wide latitude with his will. But some weighty decisions require extra effort to discern it. That’s when multiple inputs can increase our confidence that we are making the right choice.

• Subjective inner witness: This is when we sense God’s leading in our heart, a peace, a pull, a feeling we get after praying. Some scholars believe that when this chapter described how the Holy Spirit kept Paul from going north or south, this refers to a subjective inner witness in Paul’s heart. Paul simply may have sensed in his heart not go north or go south.

• Circumstances: Another reason God closed these doors may have been Paul’s health. Since Luke, a doctor, joined them part way through, other scholars surmise that Paul’s health was the reason behind the closed doors. He physically could not make those trips. God will use circumstances, both closed doors and open doors to direct us to his will. Sometimes he says No and sometimes he says Go.

• Reflection: Paul certainly thought a lot about the closed and open doors he faced. God expects us to think clearly and use our minds to weigh options before us. God never intends Christians to check their brains at the door.

• Collaboration: This means that we invite wise people into our lives to help us weigh our options. Sometimes we simply need objectivity from another to help us discern God’s will. In Paul’s case he had Silas, Timothy and Luke with whom to dialogue about which direction to go.

3. … looks for opportunities to have spiritual conversations with others.

• When Paul would enter a city he’d first go to the synagogue to share the gospel. In the city of Philippi, however, none existed. But places of prayer where spiritual minded people gathered did. Paul sought out such a place. When he arrived, he met a woman named Lydia, a successful business woman. Through conversations with Paul, she became a Christian.

• Paul also lead two other people to faith on that same journey. He was always looking for opportunities to have spiritual conversations with others.

• In one city Paul and Silas got thrown into jail after being beaten. Instead of whining about their condition, the Scripture says that that in the middle of the night they sang hymns to the Lord. Because they knew that God was still in charge, regardless of the outcome of their jailing, their hearts prompted them to sing, not your normal response to jail time. Paul knew how to respond to difficulty with grace.

So, Paul the leader models for us some behaviors and attitudes we too should build into our leadership lives. We never know who might be looking to us for an example of how to honor Christ in life and leadership.

What other qualities would you add to this list that leaders should build into their lives?