Home Features How the Apostle Paul Thought About Church Growth 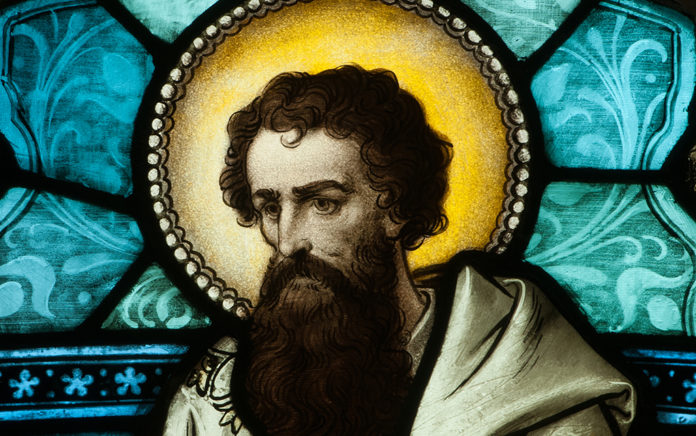 When I was in seminary Church Growth 101 was a required course. I took interest in the whole field and became a student of church growth. I read a pile of books and attended most of the big church growth conferences. Some of the principles I’ve applied have worked. And some have failed royally. When we look at the early church, though, obviously they did something right. They grew exponentially. In this article I suggest five church growth essentials from the apostle Paul that we see from his first missionary journey.

CHURCH GROWTH 101 FROM THE APOSTLE PAUL

First, a bit of background. At this point in the early church, described in Acts 13–14, we see three significant movements: the main church leader moving to Paul from Peter, the target group for evangelism shifting from primarily Jewish to Gentile, and a move from a rural focus to an urban focus. Paul and Barnabas visited six cities on this first missionary journey.

Principle 1: Rely on the Holy Spirit.

1. He was involved in the selection of Paul and Barnabas to go on this missionary journey (13:2).

3. He gave Paul great courage to confront a wizard who wasn’t too happy that Paul was evangelizing his boss (13:6–12)

So, if you want to see your church grow, make sure the Holy Spirit is guiding and directing your plans and decisions.

Principle 2: Evangelize Through Your Most Natural Relationships.

When Paul would enter a city, he would make a beeline to the synagogue. Why? Because he was a Jew and Jews would be there. Their common Jewishness bound them together. It was also natural for him to go there first, because the Jews were already religiously minded and Paul could easily talk about what was common between them, the Old Testament scriptures, prophecy, and the longed for Messiah.

Some of the most fruitful ways to grow the church is to find those most open to the gospel, often those already in our circle of relationships.

From Outreach Magazine  The Secret of Frustration-Powered Leadership

Principle 3: Stay Flexible in Your Approach.

Paul tailored his evangelism to the group he was with. His method of operation with the Jews was to go to the synagogue and start with the Old Testament.

However, with the Gentiles who had no Jewish reference frame, he took a different approach. In one very pagan city they visited on this missionary journey, they healed a crippled boy (14:8–18). The word spread. A crowd gathered. And because of a Greek legend, they believed that Paul and Barnabas were the Greek gods Zeus and Hermes.

Fifty years prior a Latin poet had written about a local legend that Zeus and Hermes, disguised as mortals, had once visited the hill country near this city and they weren’t given hospitality. Thus, Zeus and Hermes destroyed the homes of those who refused hospitality. Now, the people thought that Zeus and Hermes had revisited them again (because of the miracle Paul and Barnabas had done) and wanted to avoid a similar fate. So they responded with wild fanaticism by offering sacrifices to Paul and Barnabas in order to appease the Greek gods.

Paul was shocked. Yet, he did not quote the Old Testament to them, as he did to the Jews. He appealed to what they knew, nature and natural law. He spoke of God being the God of creation and the general favor he shows everyone through the rain he provides that waters mankind’s crops.

Paul flexed his approach toward the particular people he was evangelizing. With the Jews he used one approach and with the gentiles another.

It behooves church leaders to know their communities and to use flexible approaches rather than cookie cutter methods we might learn in a book or at a conference.

Growing a church is not an either-or proposition, evangelism or discipleship. It is both-and. Paul certainly shared the Gospel. But in these two chapters he’s also encouraging believers to send their roots deep in the Lord. In fact, when the church in Antioch sent Paul and Barnabas on this trip, the church as practicing two spiritual disciplines: prayer and fasting.

I recently learned a great insight about spiritual formation.

Everybody is being spiritually formed. It’s just a matter of whether or not it is intentional or haphazard.

Intentional spiritual formation means that we intentionally seek, through spiritual disciplines, to be formed in the image of Jesus.

So, growing a church requires that leaders give attention and intention to spiritual formation.

Principle 5: Don’t Bend to Resistance to the Gospel.

Throughout history, when the Gospel changed lives, resistance was sure to follow. Paul repeatedly faced resistance to his work, while at the same time many responded positively to the Gospel. In chapter 13:49–50, many came to faith while at the same time those in opposition began a smear campaign against Paul. Did he and Barnabas leave town? No, they spent considerable time there.

In another city (15:1–2) the people stoned Paul and left him for dead. Fortunately, he didn’t die. Did he leave town? No. The Scriptures say that he went back into that very town.

So, when you see God bless your church with growth, don’t be surprised to experience resistance as well, sometimes even from within.

God wants the Church to grow. He wants your church to grow. And he will grow his church as we apply biblical church growth principles we see in the book of Acts.

What other biblical church growth principles should we add to this list?