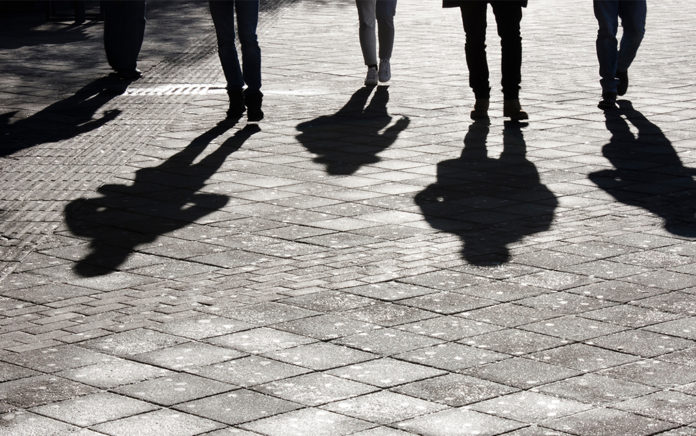 The future belongs to the innovators.

So you’re trying to make the best decisions you can in a deeply confusing, stressful time, and you’re tired.

I know when I get tired, it’s hard to think straight, let alone sense where the decisions I’m making are taking us long term.

How do you know how you’re doing…whether the kind of decisions you’re making are pointing your church in the right direction?

So today, to help, I’m sharing five kinds of leaders I’m seeing right now. You can make up your own categories if you want, but getting a sense of the overall approach you’ve embraced to decision making can help you get a handle on whether this is where you want to be ore not.

The categories below reflect the overall approach leaders are taking to the insane amount of uncertainty, change and disruption that is leadership right now.

Each of the five approaches has a probable destination—a prospect for the future that, while not inevitable, is likely.

Note: You may toggle through different leadership styles on different days (or even hour to hour), and in some cases you may embrace one approach in one area you’re leading, and reflect a different style in another area.

With all that in mind, here are five kinds of church leaders right now and the future prospects associated with each.

Denial has always been a part of human nature.

Despite what you’re eating and what you see on the scale, it’s easy to deny you have health problems until you visit the doctor or end up in the ER.

It’s easy to deny that your relationship is in trouble until one morning she tells you she’s done and walks out.

But we live in this strange moment where denial is happening everywhere. Many leaders right now still deny that the virus is real, that’s the situation is real, that there’s any threat or that this is a disruption (rather than an interruption).

And regardless of what you think, when you deny the depth of change taking place, you set your organization up for failure.

Denial is a terrible leadership strategy. Denying the truth doesn’t change the truth.

Just think about all the people who denied they had financial problems until they filed for bankruptcy. Or the angry leader who swore his team was with him until, one by one, they all left. Or the leader in an affair who thought he’d never get caught until…

Even when you don’t like it, the truth (this is wrong/things really aren’t great/you can’t keep doing this) is your friend. Trust me, I don’t always like the truth either.

Leaders who change when they see the truth always fare better than leaders who try to change the truth by denying it.

From Outreach Magazine  Can Social Media Be Redeemed?

The reverters are the leaders who are actively trying to recreate or restore the past. They want to revert to the way things were, to get back to the familiar, to what they know, even to what they were trained to do and programmed to do.

I have some sympathy for reverters. Nobody signed up for this.

But reverting to the past only works if the past is coming back. The longer this disruption continues, the less likely it is that things will go back to the way they were.

It’s hard to go back to normal when normal disappeared.

I’ve written quite extensively on why I believe the longing to go back to normal, while natural, is a big leadership mistake.

Why Going Back to Normal Church Seems So Compelling, and Can Be So Dangerous

5 Mistakes to Avoid When You Gather Again

Reverting back is a wonderful strategy if the challenges you’re facing are an interruption. Someone turned off the light, you turned it back on, and you just pick up where you left off.

A disruption is different. Things are changing far more deeply and profoundly, and as a result, you need a new approach.

Old strategies applied to a new day produce diminishing returns. And as we’ve seen already in the low return to church numbers, that rarely turns out well.

I’m guessing there are a lot of leaders in this category.

As much as you want to believe this is not a disruption, you admit to yourself that it is. You know that things aren’t going back to normal, even though you wish they were. And you’re not denying or even resisting the truth that you’re living in a deeply chaotic, disruptive time.

Can I just say I get it?

I have led from a place of zero energy. The thought of more change or ONE MORE THING GOING WRONG just about killed me more than once.

I also realize, as you do, that this isn’t a place you want to stay in long. You can’t stay in this place long and still lead.

Perhaps the remedy for leaders who feel resigned to the change ahead is to get yourself healthy, to build up reserves that can help you embrace the challenges and opportunities ahead. And trust me, there are opportunities.

Here are a few posts and resources that can help.

How I Recovered From Burnout: 12 Keys to Getting Back

The High Impact Leader: How to Get Time, Energy And Priorities Working In Your Favor

Being resigned to change doesn’t prepare you for the future nearly as well as embracing change does.

Adapters understand that they are leading through large scale change. They’re not denying it, resigned to it and not really reverting back.

But—and this is a critical distinction—they’re not innovating either. They’re adapting.

Most of the change that churches and businesses have adopted in the disruption to date isn’t really innovation. It’s adaptation.

Adaption is forced on you. Remote work for the most part has been adaptation. So has church online. You didn’t really have a choice.

Crisis isn’t the only disruptor at work in culture. Many industries have been disrupted in the last 20 years without a virus: think about transportation (thanks to ride-sharing services), photography (thanks to smart phones and Instagram) or hospitality (thanks to Airbnb).

In an era of rapid change, adaptation might help you survive, but it rarely helps you thrive.

You can make it into the future, but usually, as a shadow of what you used to be or what you could be.

They say necessity is the mother of invention, so, churches, this is a great time to invent.

The long-term trends around church attendance weren’t promising even before a virus hit.

The good news is the mission of the church is eternal. The methods change from generation to generation. Leaders who reinvent the methods ultimately become those who preserve the mission. Just study the Apostle Paul, or the Reformers.

This could be a season where the lack of traction you’re getting using old methods can spawn you to try new things.

So what does it take to innovate? A lot of it, believe it or not, is attitude and willingness to take risks.

If you study innovators, you’ll learn that they’re usually curious, passionate, resilient and willing to fail.

They have a voracious appetite for learning—often outside their disciplines.

Innovators leverage the strength of their team to generate new ideas and iterations, and they’re not overly sensitive to criticism, knowing that divergent views simply make their future approaches better.

So the question becomes, where are you innovating? Adapting is one thing. Innovating is quite another.