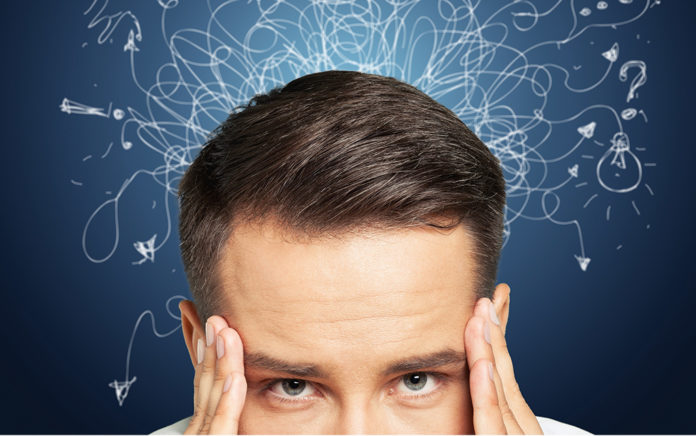 I have a passion for the brain and how applying newly discovered brain science can impact leadership and spiritual growth. I even wrote a book about it. Now into my sixth decade of life, I want to maximize my brainpower as I (and everybody else) faces inevitable cognitive decline. In this post I share the […]

I have a passion for the brain and how applying newly discovered brain science can impact leadership and spiritual growth. I even wrote a book about it. Now into my sixth decade of life, I want to maximize my brainpower as I (and everybody else) faces inevitable cognitive decline. In this post I share the bad news about what aging does to our brain (starting in the 20s) and then share three morning habits you can build into your routine to boost your brain power and stay mentally sharp.

THE BAD NEWS ABOUT AGING AND THE BRAIN

• Our brains literally shrink. We lose about 5% of our brain matter per decade beginning in our 40’s. In fact, our frontal lobes, where executive functions like short-term memory, abstract thinking, and emotional control lie, reach their peak in our early 20’s.

• Our brains slow down. Brain cells (neurons) work primarily through a chemical-to-electrical process. When the neuron ‘fires’ it sends an electrical impulse down a fiber called an axon. Like a wire with insulation, material called myelin also wraps around an axon providing insulation. As we age myelin thins which slows firing which in turn slows mental speed.

• Our brains don’t remember as well. Over time memory fades due to loss of neurons, especially in the hippocampus, an area crucial to memory. And our ability to temporarily hold information in our minds, called working memory, degrades as well.

From Outreach Magazine  Check Your Speed

Even with this bad news, science is now showing us ways that we can slow cognitive decline well into our later years. Everybody is not doomed to dementia or Alzheimer’s disease.

3 MORNING HABITS THAT CAN BOOST YOUR BRAIN POWER

Several companies provide software for your smart phone or computer to help train your brain. Several peer-reviewed studies now show that these brain games don’t simply help you get better at playing the games. Rather, scientists are discovering a crossover effect beneficial to cognitive health. Some studies report that brainHQ from Posit Science can provide that effect. For brain training to work, it must tax your brain and you must keep doing it. Doing a game here and there probably won’t make much difference.

For years research has shown that exercise benefits our body. But recent research has discovered that it benefits our brains as well. When we exercise it causes our brains to release a protein called brain derived neurotrophic factor (BDNF) which has been called the Miracle-Gro for the brain. It encourages new neuronal growth and protects brain cells from stress. To maximize BDNF, the experts recommend that you exercise at 60–75% of your maximum heart rate for 30 minutes three to five times each week.

Mindfulness is a spiritual discipline akin to biblical meditation that I practice as part of my daily devotional time. It’s setting aside a time to be still before God to be in His presence in the present moment. It’s not emptying our mind, but filling our mind with thoughts of Him and His Word. It helps us disengage from automatic thoughts, feelings, memories and reactions and simply be in God’s presence. Last year hundreds of studies were published that showed multiple body and brain benefits to mindfulness including increased brain volume in the memory and in the self regulatory areas and decreased volume in the brain’s fight and flight centers. Moody Publishing published my book on mindfulness from a Christian perspective called Holy Noticing: the Bible, Your Brain, and the Mindful Space Between Moments.

So, even though aging naturally diminishes brain function, a disciplined approach to brain healthy habits can keep your brain sharp for God, for others and for you.

How do you keep your brain in shape?