Home Features Now That You’ve Reopened … Should You Actually Close Your Building Again? 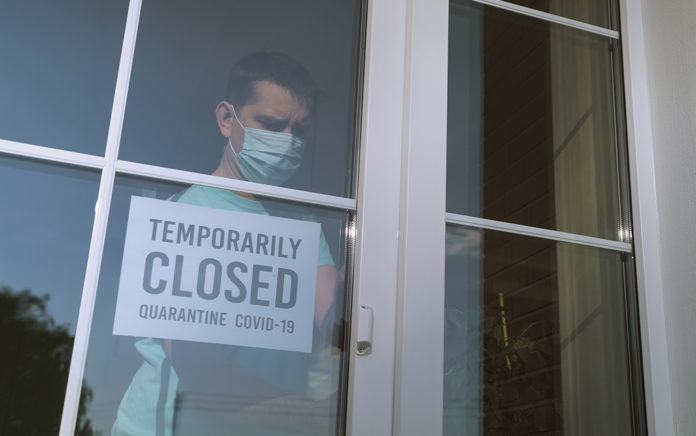 Every time you think 2020 is going to get easier, it just gets more complex. So here’s a question: Should you close your church after reopening it? While that sounds like a terrible question, what if it was your best church growth strategy? I know that probably sounds like heresy and you may be too […]

Every time you think 2020 is going to get easier, it just gets more complex.

So here’s a question: Should you close your church after reopening it?

While that sounds like a terrible question, what if it was your best church growth strategy?

I know that probably sounds like heresy and you may be too annoyed to read further, but just hang on for a second more.

As the coronavirus resurges across the U.S., and even areas that thought COVID wouldn’t impact them are breaking all-time infection records, clearly this is a time to ask all the questions.

But this is a deeper question. In Canada, our cases have slowed to almost a trickle, but I think it’s a live issue here too … if you really want to reach more people.

As much as we say it’s not true, there’s a nagging sense among many church leaders than unless the building is open, the church isn’t. If you’re actually going to reach people, that may have to change.

So why would anyone want to close their church after reopening if no one ordered you to do so?

Well, that depends on your mission.

If your goal is to gather people in a building, then keeping your building open despite public health risks and diminished returns makes sense.

But what if that’s not your mission?

Most church leaders (myself included) would say their chief goal and mission is to connect people to the hope of Christ and to each other.

So, if your goal is to reach people, let me walk you through a few strategic points that might help you assess whether keeping your building open at all costs until someone orders you to close it might be actually be harming your mission, not helping it.

Here are eight things you may want to consider if you really want to reach more people.

1. Being Open Is Way More Complicated Than You Thought.

For the record, I never expected the summer of 2020 to look like this either in the U.S. While our cases in Canada have slowed to a trickle, infections counts are soaring across the US and in other parts of the world (like Brazil).

Even though Canadian cases are super low right now, things are hardly back to normal.

Let’s be honest. In every context, being open is way more complicated than you thought.

Measures like social distancing, fractional attendance caps, bans on singing, physical contact, and even in some contexts, banning lobby conversations are making regathering difficult. Add to that community outbreaks, the risk of becoming a virus hot spot and the media coverage that comes with that, and the picture gets even more complicated.

Add to that the fact that the return to church attendance numbers are abysmally lower than anyone expected and the environment is sub-optimal, and you have to at least ask if the time, energy and money invested in keeping things open is worth it.

It’s not the difficulty of being open itself that’s the problem. Often in life, the hard things are the best things.

It’s the combination of the difficulty, the high level of risk and really low returns that make the question at least worth asking.

2. You May End Up Succeeding at Nothing.

If it’s actually the case that in-person attendance numbers will continue to be lower even after COVID is completely a non-issue (which could be months or years from now), then that creates a significant challenge.

Namely, that many churches have the highest level of staff and budgets invested where they’re seeing the lowest returns.

The question to ask (as hard as it is) is why do church leaders spend the vast majority of their time, budget and human resources on in-person services that very few people attend?

With reopening being so complicated and the returns so low, many churches are diverting 90% of their resources (people and budgets) into a strategy that is producing very low returns, while thinking of church online as an afterthought.

As a result, you end up doing in-person and online poorly, or at least not to the level either could be.

I’m just not sure how that’s a great strategy.

3. Manufacturing Energy Is Exhausting for Everyone.

Everybody’s already tired, and please hear me, I’m a huge fan of hard work—throwing your heart into the mission is critical.

Maybe you’re exhausting yourself and your team more than you need to be.

For reasons I outline here, I’ve heard of a few churches (large, successful churches pre-COVID) that have reopened with 10 to 20% of their former in-person attendance. That’s just hard.

Years ago Andy Stanley gave an amazing talk about momentum in which he asked this question: “Is there anything you’re currently doing that for which you have to manufacture energy?”

You know exactly what he means. That Tuesday morning group that’s been around for 25 years that no one wants to go to but they keep asking for new members. Or that Saturday night service that was already three-quarters empty that you just don’t want to preach at anymore. Or that standing meeting you just hate going to week after week.

Long term, manufacturing energy to do things that aren’t helping a lot of people are exhausting, for you, for your team and for your organization. And surprisingly, it’s usually exhausting for the people who are supporting the failing venture who are looking for a way for you to lead them to a better future, not a declining present.

Instead of manufacturing energy for something that isn’t working, ask yourself where your approach is working and throw more time and energy behind that.

For a lot of churches in 2020, you know where that was? Online ministry.

Another reason to ask the hard questions right now is that mission is eternal. Methods aren’t.

The first thing to break in a crisis are the methods.

And the first thing most leaders try to do is to bring those old methods back, whether they were effective or not.

History just isn’t kind to leaders who confuse the mission with the methods. Just ask the buggy manufacturer who refused to embrace the car and missed that the mission was transportation.

It’s doubly hard when 100% of your training, hiring and experience is geared to one method.

The future has been digital for a long time anyway, and trying to recreate the past probably doesn’t help you prepare for the future.

The digital revolution is here to stay. And it’s an exceptional opportunity for churches. Church leaders have options right now that aren’t available to most restaurant owners, airlines, hotels or even organizations like Airbnb.

We can do what we do virtually … both in terms of content and connection. And we can do it well.

There will be a time for returning to in-person gatherings in facilities when things can thrive again.

We’re just not there yet. And no one knows when that will return.

5. The Church Was Never a Building Anyway.

I saw a pic on social recently of church leaders serving in their community wearing t-shirts that said “The church has left the building.”

Super clever, and also maybe a bit historical and prophetic.

From Outreach Magazine  Eugene Peterson: The Art of Pastoring

As much as it’s easy to say the church was never a building, for centuries we’ve behaved as though it was.

Theologically, there’s almost no Christian who would seriously argue that the church can only be a church if it meets in a building, but we have had a facility-centric approach for centuries.

Please hear me … gathering Christians is critical. We are not a group of random individuals who believe a set of propositions and go about our daily lives out of community.

But Christians can gather in homes, neighborhoods and other spaces, often in ways that don’t break limits on gatherings or even make gathering nearly as awkward as deeply restricted masked public gatherings.

It would take ingenuity and work to mobilize your congregation locally in their homes and communities rather than centrally in a facility, but the church could actually emerge stronger post-pandemic if leaders did that.

Christians who realize they are the church will have a much bigger long-term impact than Christians who simply go to church or consume content.

6. The World Is Watching.

The good news is the world is watching how different leaders and organizations are responding to the prolonged crisis.

The bad news is the world is watching how different leaders and organizations are responding to the prolonged crisis.

Some church leaders who got loud about reopening buildings have been relatively silent on racial reconciliation or even on the surge in viruses this summer.

Not to go all spiritual on you, but Jesus said Christians would be known by our love.

When it comes to reopening your church, you may want to think about the witness it’s communicating in the community. Sometimes the greatest way to love your community is to protect them, or to come to them in new ways.

Being in the news as the source for another outbreak is probably not how you want to be known.

As anyone in leadership knows, people vote with their feet (and with their wallets).

If you keep trying to force an approach that isn’t resonating with people, all the while manufacturing energy to support it, eventually the decision may be made for you.

The landscape is littered with congregations and even entire denominations that have collapsed because of a refusal to change.

Ultimately in leadership, your unwillingness to make a tough decision means the decision will be made for you. And that’s rarely a great moment.

I don’t know your context or situation, but I do know that you probably want to get out in front of the decision rather than have it made for you.

8. Your Church Was Never Closed.

As many leaders have pointed out, the church was never closed.

If the church was never a building, it was never closed anyway.

The future is going to require new methods and new strategies to embrace a changing world with the love of Christ.

Whether your facilities toggle between open and closed is irrelevant.

Your church is very much alive. Leaders who fuel, fund and celebrate that will have a much stronger future than leaders who don’t.

I REALIZE THIS IS A LOT …

Thanks for reading this far. And please know I’m 100% committed to helping you through this.

I realize every leader needs some deep rest this summer (more on that soon), but coming back rested to an ineffective strategy is ultimately more exhausting than embracing the changes you need to make to move your mission forward.

And I think that’s one thing we’re all committed to.