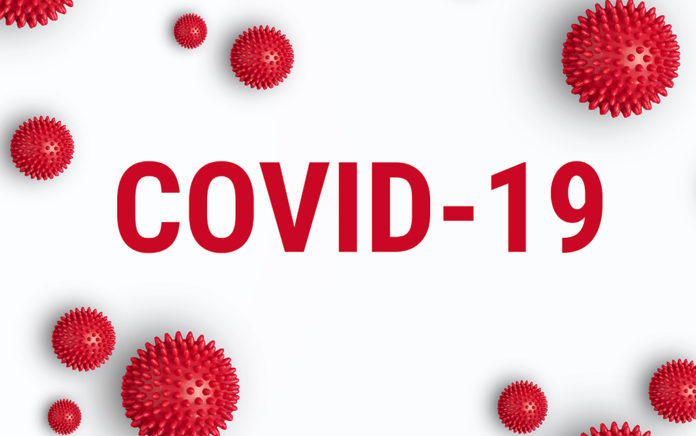 Five shifts that will be the new normal for churches.

Crisis is an accelerator.

Nobody knows that better than you right now. And the disruption has hit church leaders especially hard.

Crisis forces you to do things you previously thought about doing and put off.

It moves you to do things you’d never thought you’d do (like move to video teaching in some cases).

And it pushes you into massive change you never signed up for.

What’s making it more complicated is that as much as you wish things would just go back to normal, they won’t. At least not exactly as they were.

In this article, I share five ways the current crisis is accelerating the arrival of the future church.

Most if not all of these changes were coming years down the road. It’s just now, they’ve arrived overnight.

This article is part of a growing crisis leadership series, which you can access for free here:

Principles for Leading Through the Coronavirus Pandemic

How to Lead Through Rapid, Unexpected Change

8 Ways to Lead in the New Digital Default Church

My Top 7 Rules for Leading a Digital Team

8 Early Tips for Producing Digital Content During the Current Crisis

Here are five ways the current crisis is accelerating the arrival of the future church.

Don’t leave an angry comment yet. I love Sundays. I believe in public worship.

And I still think Sundays will have a role in the future. I can’t wait to gather again with people I love and miss, and it’s only been a few weeks.

Trust me, in-person gathering is going to come back. It just won’t be the only thing or main thing you do anymore.

As much as most church leaders say that the most important ministry happens outside the walls of the church, we behave like that’s not true.

Until now, most churches have been analog organizations in a digital world.

The closing of church facilities has already spurred thousands of church leaders to show up online on every imaginable social media platform almost daily.

Not all that digital spaghetti will stick to the wall.

But—and this is big—the idea that we can go back to Sunday worship with a few midweek (group) meetings and the odd inspiring quote on Instagram is already a thing of the past.

The future church (at least future churches that actually reach unchurched people) will no longer be an in-person gathering with a smidge of online thrown in.

If people live every day in need of hope and resources to live out their faith (or to find faith) every day, church leaders have to start coming alongside people every day. Like many are doing right now.

That won’t go away when things go back to “normal.” There will be a new normal, and it will be a seamless interweaving of the digital and analog, just like life is these days.

2. Churches Will Staff Online Like It’s Real, Because It Is.

For years in this space, we’ve debated and discussed whether online church “counts” because so many argue that online isn’t real.

And for years, I’ve suggested that church leaders asking if online counts is like Sears asking if Amazon counts.

Suddenly that conversation seems more real than ever.

Here’s the problem: Most churches spend somewhere between 90 to 100% of their staff dollars on in-person experiences: Sunday gatherings, groups, events, community service.

With only a few exceptions, even in large churches, the paucity of resources given to online resources is staggering.

What usually happens is the senior leader gives the website, streaming and social media to a teenage volunteer or to some 20-something staffer who “understands that stuff,” tacking it on to his or her already full-time job description. Alternatively, the senior pastor outsources it as a line item in the budget to some third-party service he doesn’t even know the name of.

Future churches will spend up to 50% of their staffing budget on online ministry because … well, everyone you want to reach and influence is online.

Right now churches are scrambling to redeploy their staff because “the guy” or small team who does online is crushed under the weight of it all.

Now is the time to rethink how to redistribute staffing for when things go back to “normal,” because normal won’t be the way it was. It will be a new normal.

Churches that reach people in the future will staff online as though it’s real, because it is.

3. Church Leaders Will Realize That Digital Scales in a Way Analog Doesn’t.

Once the dust settles a bit in this crisis, the churches who are leaning into digital rather than just using it as a Band-Aid until things get back to normal will discover an amazing truth: Digital scales in a way analog doesn’t.

Not sure digital scales? Well, Instagram had 40 million users when it was purchased by Facebook for $1 billion in 2012. That’s impressive. Even more impressive: They did that with 13 employees.

YouVersion, which launched as an idea a decade ago, has over 400 million installs and is run by a team at a local church.

In a similar way, the leadership content we produce here gets accessed 1.3 million times a month. I work from my home and we have a virtual team of seven including me.

The point is simply this: You can make a much bigger impact online than you can using analog methods.

Digital scales in a way that analog doesn’t.

Digital transcends geographic, physical and time barriers in a way that analog doesn’t.

And, if you do it well, digital can point people to real-life experiences: groups, weekend gatherings, personal connections—all of which are necessary and vital to life.

If you want to explore the logic behind this more deeply, listen to my conversation with James Emery White on why he shut down all his campuses (except one) to invest instead in digital.

Also, don’t miss my forthcoming interview with Mike Todd from Transformation Church in Tulsa who has mastered this (it releases April 28th).

4. The Church Will Finally See the Internet as a Front Door, Not a Back Door.

One main thing: worry about a drop in physical attendance. Until now, too many pastors have worried about the internet as a back door.

That’s because until now, most church leaders have kept score by how many people physically attend their church.

From Outreach Magazine  Outreach Resources of the Year: Church

Pastors have resisted online ministry, argued video teaching doesn’t work, and failed to invest seriously in anything digital because they’ve been worried it will become a back door through which people walk away.

Well, surprise. Long before the crisis hit, that already happened.

Christians who wanted to check out left years ago because they found online options with other churches, or they just disengaged.

In the early days of online church, the internet functioned as a back door.

Consumer-oriented, disengaged or lazy Christians headed for the back door and traded the drive and the traffic for the comfort of a warm bed or the convenience of a treadmill or commute. If your primary disposition toward church was to consume content, online just gave you a far easier way.

But those Christians are an endangered species.

We’re a decade-plus into church online and they’ve drifted off into the background, and honestly for the most part, into kingdom irrelevance. You can’t change the world if your only connection with the kingdom is through your earbuds.

That group has become consumers, not contributors. And you can’t build the future of the church on them. Mission requires engagement and movement. So the back door people are already history.

Ditto with the casual observers who consume and never contribute. There’s no future there, so move along, people.

Church online will continue to grow as a front door for the curious, the skeptic and the interested. It will be the first stop for almost everyone, and a temporary resting place for people who are a little too afraid to jump in until they muster the courage to jump in through physical attendance.

Your online ministry is also a side door to Christians who, when travel resumes, won’t be there on a given Sunday. Ironically, it will help them stay engaged because you’re equipping them every day, not just on Sundays (see point No. 1 above).

If you continue to behave like the world doesn’t live online, you’ll miss the very people you’re trying to reach.

The internet is your new front door—not a back door—and it’s a big one.

I realize in a time of global economic collapse and uncertainty, talking about giving will probably worry some people.

First, Christians should be the most generous people in a time of crisis.

And second, we should be the first to help people with their finances during a crisis.

About a decade ago now, we started moving our church toward digital giving because the culture moved that way. Now, 85% of the giving that comes in at our church comes in online,

The reason this matters is because that’s simply how our culture behaves. I rarely carry cash anymore, and neither do most of the people you lead. In our culture, cash is used for a minority of purchases and consumer checks have all but disappeared. Yet in many churches, that’s still how we ask people to give.

Often people want to be generous and want to give, but when you don’t offer digital options you make it almost impossible for them to do so.

If you want to learn more about talking about money in a healthy way in church—in a way that does something for people rather than simply asks for something from people—I wrote about that here.

Digital giving fuels generosity. And this is a time for the church and for Christians to lead with generosity.