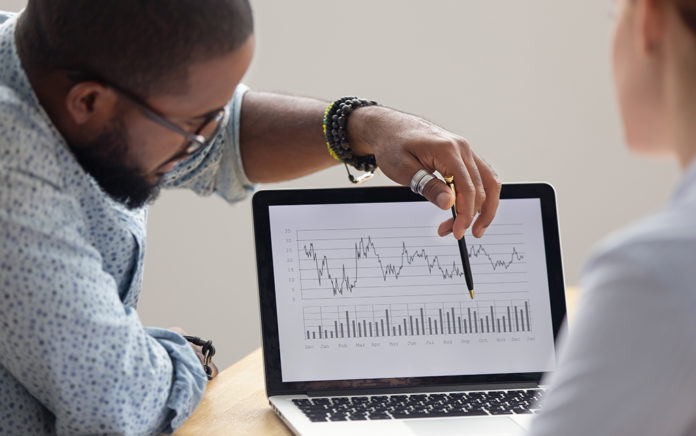 You can’t afford not to talk about money with your church.

If you’re like most leaders, you have a love/hate relationship with talking about money.

Mostly you hate it.

This is especially true of church leaders, but it’s also true of corporate leaders.

The only part of money most leaders like is having enough to fund your mission or company well. But talking about it? Well, it’s awkward, stressful, confusing and frustrating.

Recently I was speaking at a conference and asked leaders what their No. 1 pain point was. A surprising number said it was raising enough money for their organization.

And that’s a problem because underfunded organizations always starve their mission.

Talking about money has been a difficult skill to develop for myself personally.

First of all, I wasn’t great at it in my marriage. In the early days, financial conversations were usually challenging conversations.

Second, as a pastor, it terrified me to talk about money, even though the churches I led in my early ministry were broke (one of the churches had an annual budget of $4,500. Yes, that was the annual budget). Why was I scared?

Because all the negative stereotypes and churches and money swirled around in my head, paralyzing me.

Not talking about money means you’ll likely remain broke or underfunded as a ministry, and chances are so will the people you lead.

So how do you overcome your fear of talking about money?

Here are seven insights that helped me immensely. I hope they can help you.

1. Talking About Money Should Be Normal Because the People You Lead Talk About It Every Day.

Think about it. Do you know a person who doesn’t talk about money in some way every day?

Whether it’s giving the kids their lunch money, what to grab for dinner or whether to take a vacation this summer, most of us have financial conversations every single day.

Talking about money is normal.

There’s hardly a family in your church, community or company that doesn’t have a daily dialogue about money. People talk about it, argue about it, try to make their plans around it and even divorce over it.

And mostly they do it in a theological and practical vacuum because few leaders will talk about it.

Think they don’t want to talk about it?

Well, consider Dave Ramsey for a moment. He has one of the top radio shows, podcasts and financial companies in the world because every single day thousands of people decide it’s time to reach out for financial help.

Dave has basically dealt with the same handful of issues every single day and answered variations of the same questions every week for decades.

Why? Because people have the same money problems day after day in family after family.

2. Talking About How to Deal With Money Is Pastoral Care.

Could it be that your reluctance to talk about money is costing people their marriages? Reports continue to show that money issues are a top reason families break up. If you won’t help people figure out how to handle their personal finances, who will?

For Christian leaders, the scripture is packed with practical advice and missional claims on personal finances that can literally change people’s lives.

Why hold out on people? Who will bring them help or hope if you don’t?

Helping people solve their money problems is much better pastoral care than supporting them through divorce or constant financial strain.

And as an employer, when you have team members who struggle with money, they bring all that stress to work. You better believe it impacts their attitude and performance.

Helping people solve their financial problems is a deep form of pastoral care.

3. What You Do for People Is More Important Than What You Ask From Them.

Most church leaders only talk about money when they need money.

If talking about money is always about getting people to meet your needs, no wonder people roll their eyes when you open your mouth.

Over the years, I’ve told people that our church wants to help them to save for retirement, save for their kid’s college education, and pay cash for their next vacation.

At first, people were shocked that a church actually wanted them to spend money on something other than church. And when we offered practical training on how to accomplish their goals with money, hundreds of families got out of debt and learned how to both live with margin and live on mission.

When people know you’re for them, it’s much easier for them to get behind the mission. Plus they end up with more money to do so.

4. Talking About Money Slays Idols, Including Yours.

If the world (and church) have an idol, money is a prime candidate.

So know you’re going to get push back when you address it.

One of the benefits of helping people with their finances and brokering a conversation about money is that you’ll help break the power of an idol in our culture and church.

The key for church leaders, of course, is to make sure the process of attacking an idol, money doesn’t become your idol.

But generous giving and generous living is a great way to break down the power of an idol in your own life and in the lives of everyone in your church. For me personally, generosity is the best antidote to greed.

As you slay the idol of money in your own life and help your church do the same, expect some push back. Many people would rather you never talk about it.

Which is exactly why you need to talk about it.

5. People Want to Be Generous. They Just Don’t Know How.

On a more hopeful note, you’ll discover most people want to be generous. They just don’t know how.

Think about it, if you can’t make your minimum credit card payments, even a $20 donation to the food bank seems out of reach.

When you help people get their finances in order, generosity can get unleashed.

More people want to be generous than you think. They just need help to be able to get there.

One of the reasons leaders who try to raise money get frustrated is that they focus on raising money. That’s a really tough road to travel down.

People don’t give to uninspiring visions.

7. Unchurched People Are More Open to Conversations on Money Than You Realize.

But don’t forget, unchurched people talk about money every day and have all the challenges associated with their finances most people do.

They just don’t expect the church to help them.

If you practice the principles shared in this post, you’ll quickly discover that unchurched people are grateful that you talk about money and often become some of your most generous donors. And yes, this applies to young adults too. Some of the most generous givers in the next generation of churches are in their 20s, 30s and 40s.

Focusing on what you want for people, not just from them, makes all the difference in the world. 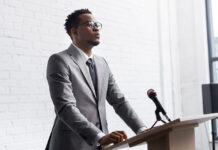 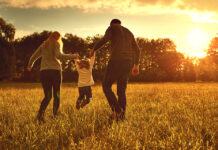 7 Ways I Create Boundaries as a Pastor