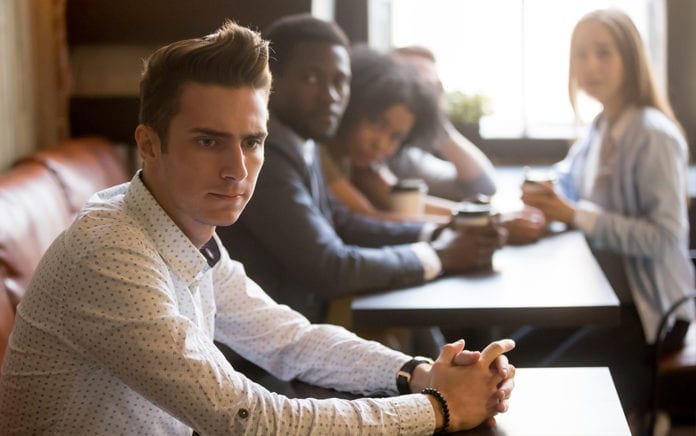 There are times when it’s not just OK, but right, to offend people.

It can be very important to offend certain people and lose them from your church … when it’s for the right reason and over the right thing.

Here are four times I’m willing to offend someone and see them walk out the door. And, if you’re a leader, you should, too:

1. When Upholding a Value.

One of the cardinal values at Meck is that lost people matter to God. A lot. Which means we prioritize reaching them. If someone wants to turn the church inward, and make it all about the needs of the already convinced—and is offended that we don’t go along with that sentiment—we are willing for them to be offended and leave. There are many other values we uphold at the risk of offense, and each is important. People have a right to disagree with your values, but you have every right (and need) to uphold them in the face of disagreement.

We have certain policies and procedures that are designed for safety and security and the positive experience of those involved. For example, we close our children’s ministry (MecKidz) classrooms 15 minutes after the service begins. We do this to protect the children in the room, the volunteers, the programming they have planned and more. The only exception we make is for a first-time guest. If someone arrives 15 minutes late, we cannot and do not accept their child into MecKidz. Some get offended and leave. We live with that.

Another example is when someone chooses to bypass MecKidz, our Family Viewing Room or our overflow video area and bring their young child into a service. If the child becomes disruptive, we ask them to step out until the child can be quieted, and/or invite them to enter the Family Viewing Room. Are some offended? Of course, but better to risk that offense than have that child ruin the experience for the entire crowd.

If someone wants to belligerently say that this is unwelcoming, I would counter that the person who insists on coming late or stays in the service with a disruptive child is being self-centered. All that matters to them is them—not the needs, safety or experience of the many. You simply cannot let one person negatively dictate the experience of the assembled church.

So if someone sits in the front of the auditorium and leaves during the message, when they return, we ask them to sit in the back so as not to walk to the front in the middle of a talk and be a distraction. If someone comes late and we are in the middle of a video (with dim lights or even blackout) or a unique experience such as Communion, we ask them to wait until an appropriate time to enter. If someone has a child in MecKidz who cannot be calmed, we call the parent out of the service to come and sit with them.

People don’t like being told what to do. Mix that in with many people having no sense of how disruptive they can be through their actions, and you have a recipe for offense. And again, we’ll live with that.

3. When Campaigning for a Cause.

There is no way to avoid capital campaigns if you want to gain chunk yardage for the cause of Christ. Through such efforts we have not only bought land and built buildings, but we have established halfway houses for children rescued from human trafficking in the Philippines; built a study center for pastors in Northern India; rebuilt sister churches devastated by hurricanes and flooding; and kept the doors of an orphanage open in Argentina.

As amazing as that is, every capital campaign I have ever led our church through has also created offense. People don’t like to be asked for money or to be challenged about giving. It doesn’t matter if it’s for the cause of Christ and they, themselves, would claim to be Christ followers. They choose to be offended by it for one reason or another. I can count on around a 10 percent reduction in attendance every time.

But that’s okay. Our church has the influence and impact it has today because of those campaigns, and the selfless, generous saints who sacrificially gave to each one.

I’ll never forget hearing about a family who was offended that a particular capital campaign would involve a coffee shop and bookstore as part of the building effort—one that would have its proceeds go to local and international mission partners, no less. They left the church over it. The campaign went forward, was wildly successful and we were able to do immeasurable good through it—including the coffee shop and bookstore (a ministry I believe deeply in, by the way, as you can read here). Months later, after all was completed, I was told by a member of our staff that they had seen the family in attendance.

“In line getting coffee,” they said.

4. When Maintaining a Belief.

Finally, though many more could be listed, you risk offense by maintaining and contending for basic biblical beliefs. No matter how winsome and compelling you can try to be in dealing with sensitive and controversial matters, you will offend people. The message of the Christian faith is deeply counter-cultural, and increasingly so with each passing day. It is, by its very nature, offensive. But it is precisely that offense that makes it the gospel. I, for one, will continue proclaiming it in all of its glorious offense.

And while offensive to some, only in its clearest and most convictional form will it retain its potency and potential to arrest the world’s attention. Make no mistake—a lukewarm religion holds little value in the midst of a settling secularism. What grips a conscience is anything gripping. The only kind of voice that will arrest the attention of the world will be convictional in nature, clear in its message, substantive in its content and bold in its challenge.

And again, I can live with that.