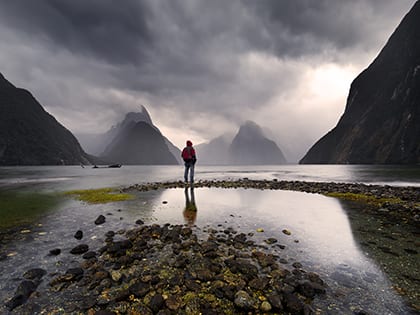 Church revitalization is not for the faint of heart, but without a courageous leader a church will fade.

We have rightly described church planters as risk takers.

They start churches. They often have little funding. They typically have no building to begin. Many have no members at the onset.

1. There Is No Such Thing As a Status Quo Church.

Here is the harsh reality in today’s culture. Churches are either headed toward greater health or they are declining in health. Many of the declining churches are dying. There are no churches “holding their own” or “hanging in there.” We need risk-taking leaders to lead church revitalization because the alternative is dying and death.

2. Churches That Need Revitalizing Must Be Led by Change Agents.

That path is risky. Change can be painful. Change is often resisted. Change can be three steps forward and two steps backwards. But if the revitalization leader does not lead change, the church will not become healthier.

3. Leaders of Revitalization Must Be Willing to Risk Their Jobs.

Leaders of revitalization know the harsh reality of job insecurity. Thousands and thousands of change leaders have been fired because they upset the status quo or threatened the power group. While leaders should not foolishly lead change, any change they lead could result in their ouster.

4. Criticism Is a Constant for Risk-Taking Leaders of Revitalization.

Thus, many leaders in these churches revert back to behaviors of risk aversion. To use a sports metaphor, they play defense instead of offense. Church revitalization leaders must be willing to endure the almost daily doses of criticism that will come their way.

5. Revitalization Will Take Place When a Leader Points to the Discomfort of an Untraveled Future Path Rather Than Remaining in the Comfort of a Well-Worn Present.

It takes a leader willing to take risks to look to the future. It is not fully known. It is not the way we’ve always done it. It is downright uncomfortable for most people.

In the past, we often saw the established church as a place where leaders could move so slowly that progress was imperceptible. And that was okay, because the churches of the past offered stability and sustainability. Such is not the case today. Leading a church toward revitalization is risky business. But it is a necessary business. And risk is really the path all leaders should take. There is a word in the Bible that reflects this leadership disposition more clearly.

The word is faith.